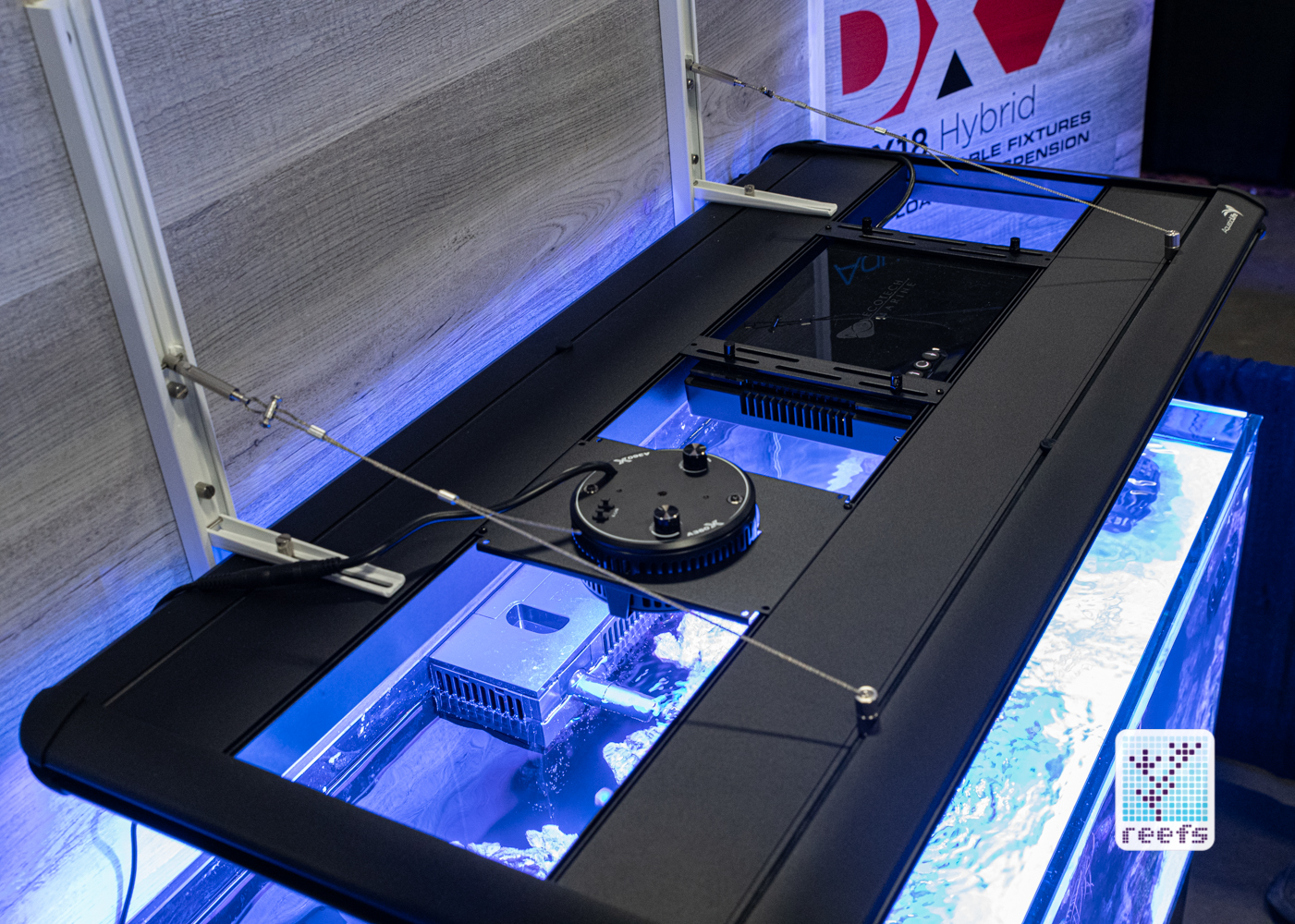 True story: the AquaticLife booth was my absolute first stop at the 2019 Reefapalooza New York show. Reason- I wanted to see, in the flesh or, well, aluminum, the successor of the widely popular Hybrid T5 Light that the company introduced a few years ago, and found that it isn’t really a replacement for the Hybrid fixture, but rather a new, high-end aquarium light based on the same modular design.

I gave the original Hybrid light a “Definite seal of approval” in my Definitive Review and to this day, it stays on top of my personal list of highly regarded reef equipment, mainly because I still can’t decide if I love LEDs or T5s more and AquaticLife T5 Hybrid allows me to have the best of both worlds.

Anyway, when I first spotted the new DX18 Hybrid, I was instantly stunned by its aerodynamic design and finish. This new light features an absolutely beautiful, minimalistic design. Gone is the cold, industrial look of its predecessor; DX18 has a sleek, rounded case with rubber-covered corners and internally routed cables. The whole fixture looks more like a standalone light rather than a modular one, yet it retains most of the customizable nature of the Hybrid T5 of the previous generation. You can still mount a wide range of different LED panels (from companies such as Ecotech, Aquaillumination, Kessil, and others) in between the two T5 modules and really the only missing feature is the ability to select the width of the light- because of the internal cable routing, AquaticLife decided to set the width to 18” and ship the light already assembled. 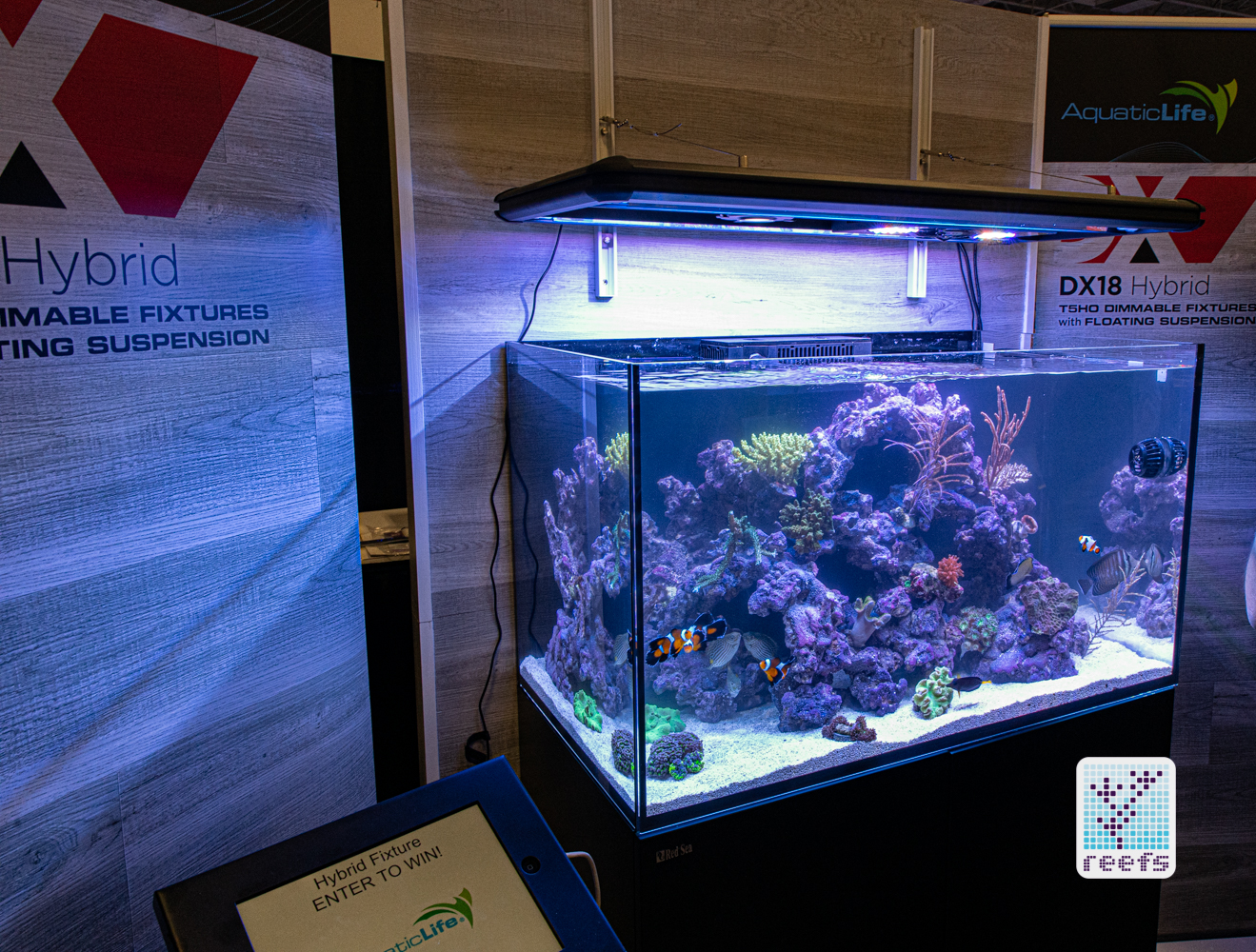 Perhaps the biggest change from the original Hybrid Light is the fact that DX18 comes equipped with HEP dimmable ballasts and even has a dual channel 1-10V input for external controllability, which means you can program the light using aquarium controllers, namely Neptune Systems apex.

The new light was present at the AquaticLife booth (as well as over a few other aquariums displayed at the show), complete with a new optional wall hanging kit and I had a nice chat with David, the company’s rep, about the new light and this clever wall hanging kit: 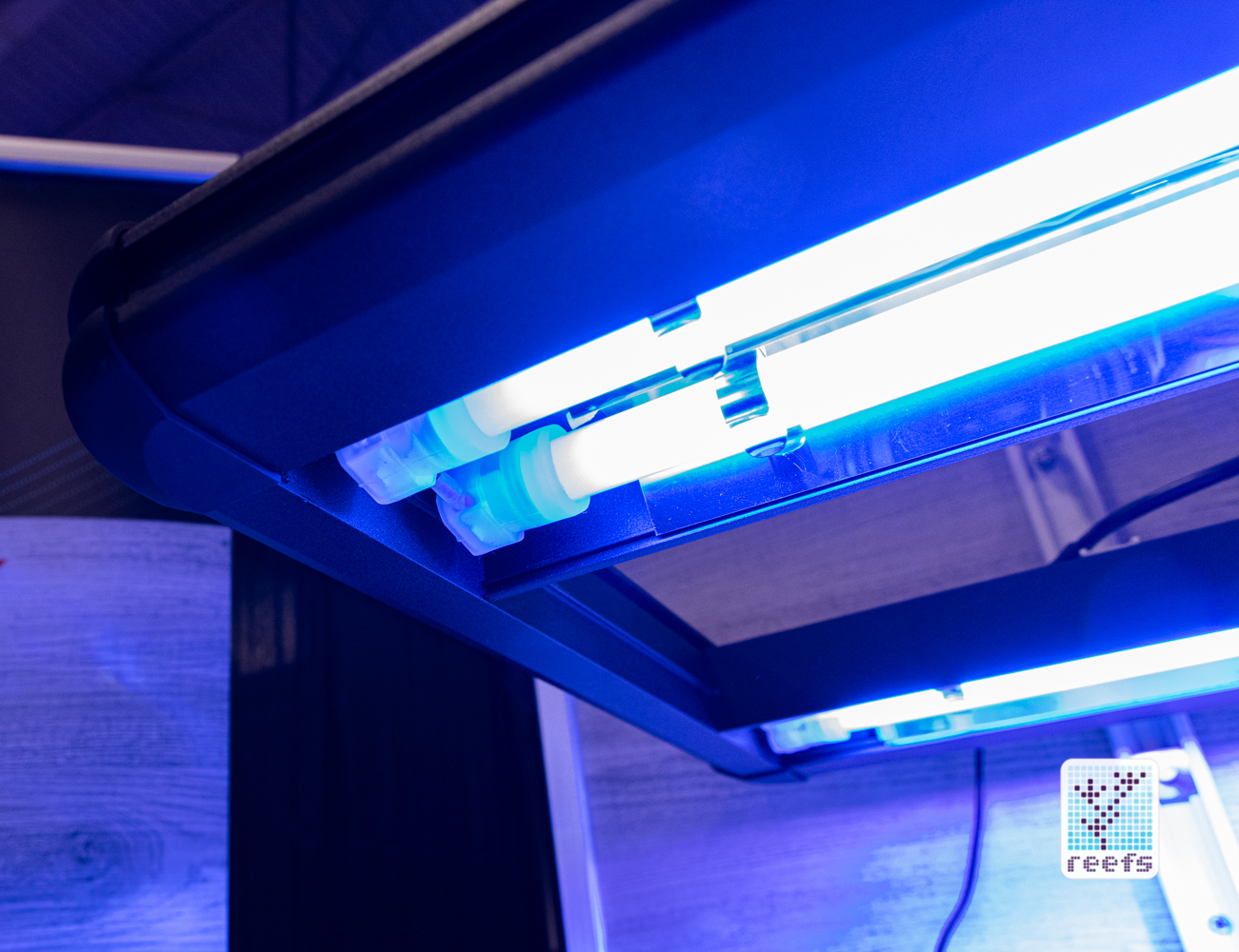 Me: Hey David. I want to ask, what was the company’s goals in making a brand new Hybrid fixture?

Dave: We listened to our customers’ comments and decided to make a new fixture based on the most requested features. We now have a dual dimmable ballasts arranged into two channels, where the outer lamps are on one channel and the two inner ones on the other. We also went with a thicker extrusion, to give a little bit more “heft” to it and to make the light feel more fit-finish. At the same time, all the mounting brackets and accessories of the previous light fit into the new one, including the wire hanging kit.

Me: Does the light come with the same amount of accessories as the previous model?

Dave: We are shipping it with the universal mounting brackets, but the Kessil ones will be available as an accessory, simply because Kessil now has three different models and we decided to make brackets specific to these lamps and offer them as an add-on. That being said, the A360x works with the universal bracket, using the center M5 screw on the light. It protrudes a little bit on the bottom that way, but not so that it is obvious. 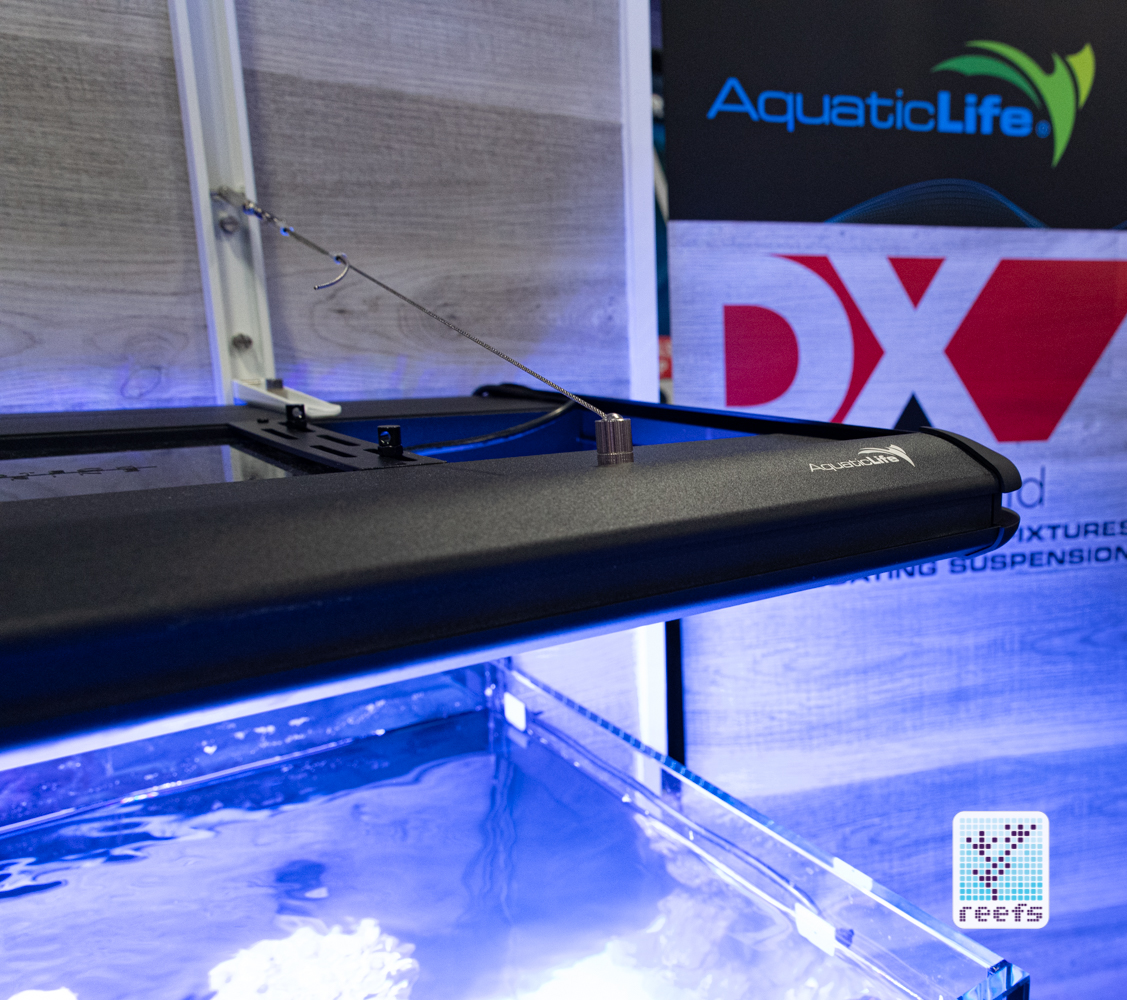 Me: You mentioned that the width of the DX18 is set and cannot be widened like the original?

Dave: Yes. One of the things people requested was a single power cord, so we traced all the wires inside the casing and decided to ship the light fully assembled.

Me: The light is also control-ready?

Dave: Yes, there is a 3.5mm female stereo jack on the fixture with dual 1-10V signals and so the light can be controlled with external controllers.

Me: Tell me about the wall bracket… 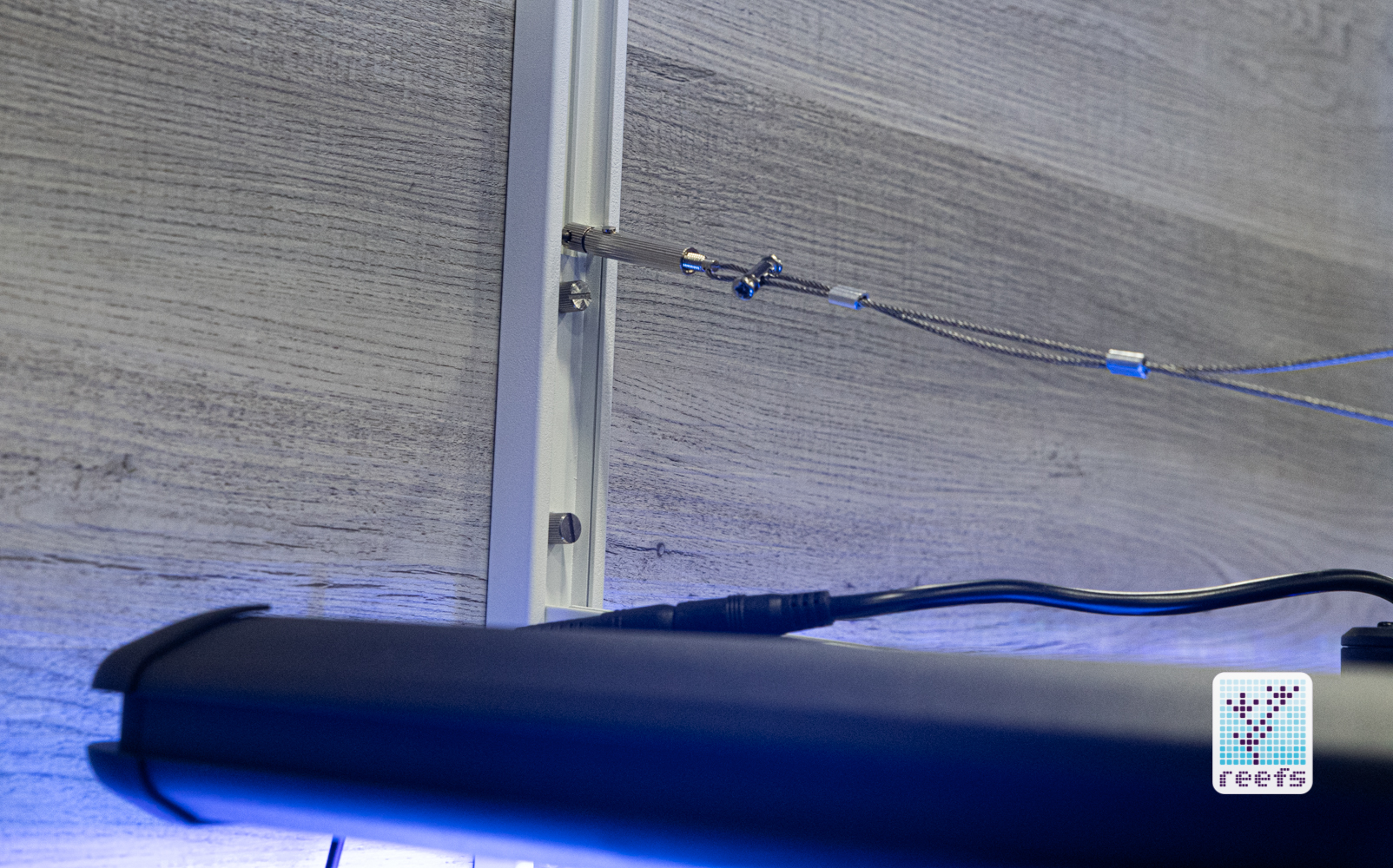 Dave: Yes, I’m very proud of it, I worked a whole year to develop it (laughing). With this new design, you are able to mount the bracket on the wall and use the retaining screw to adjust the level and pitch of the light. The bracket comes out of the wall 3-¾” and you can swivel the light to get to the tank if needed. This is for customers who can’t hang their light from the ceiling. You can position the bracket so that the light is the only thing visible from up front.

Me: Is this hanger specific for the new light?

Dave: No, you can use it with both the original Hybrid fixture, as well as with DX18

Me: How many different lengths of the DX18 are available?

Me: Thanks Dave, I love this new light, it’s truly great looking and I’m looking forward to playing with it more. 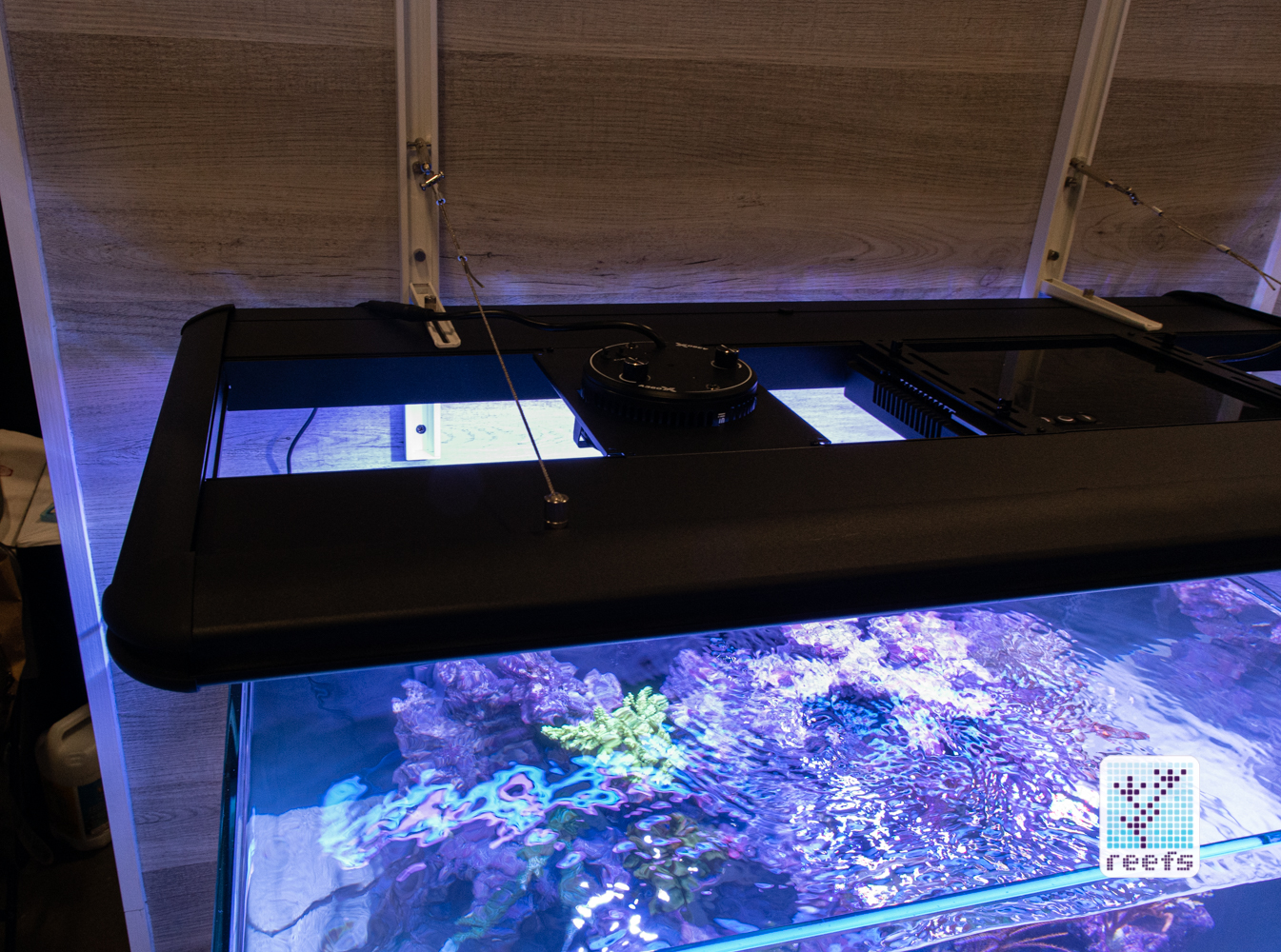 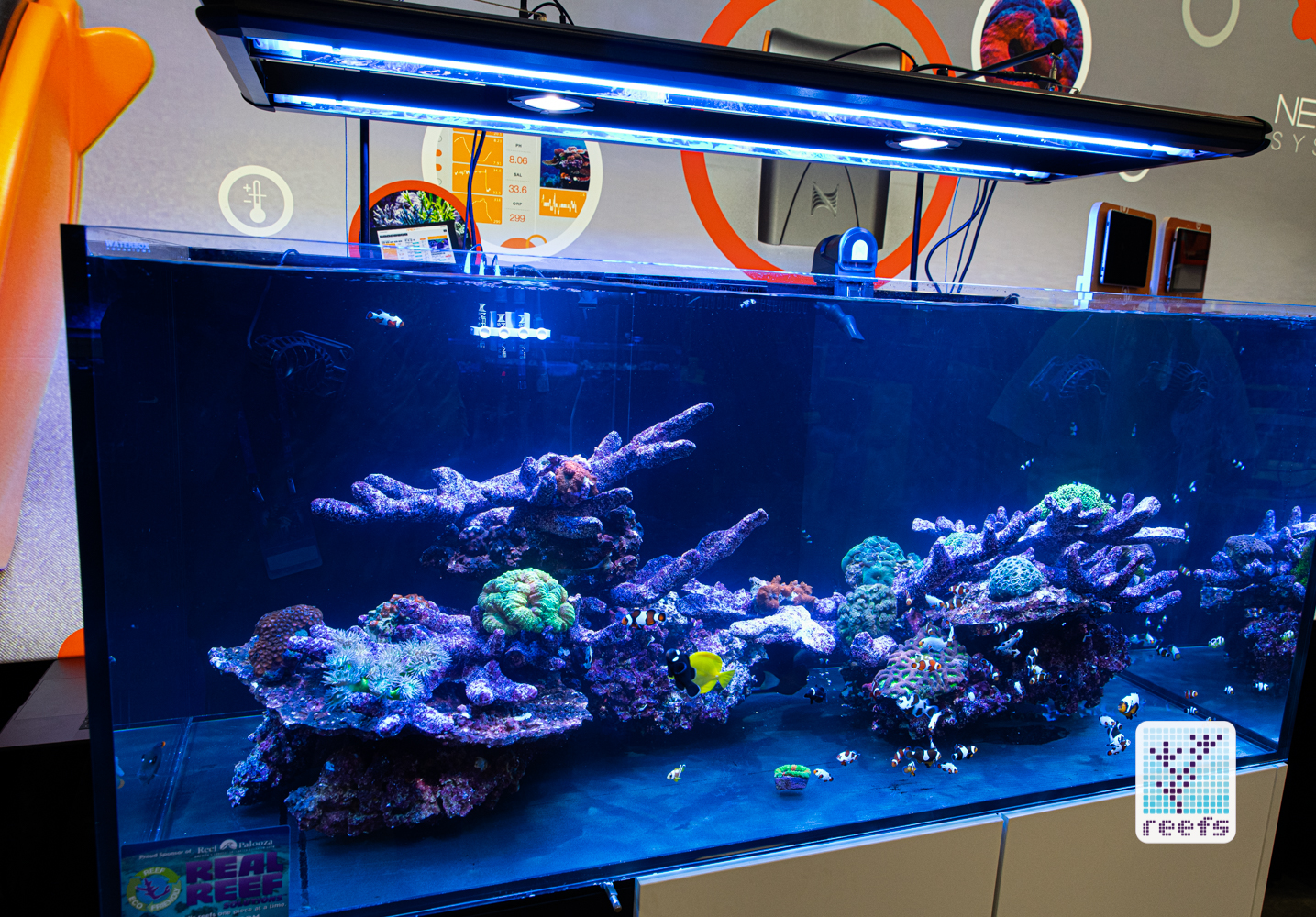