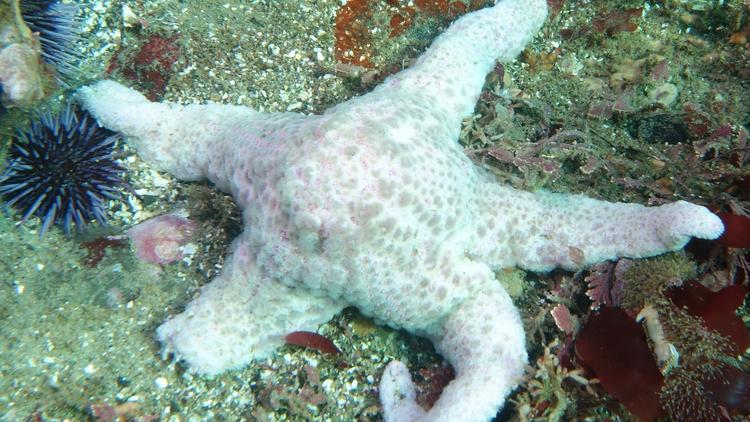 I’ve been sadly following the Starfish Wasting Syndrome since it started shocking researchers and scientists with alarming rates of starfish mutilation and deaths since 2013. Scientists first starting noticing the disease along the North American West Coast. The degenerating disease is devastating starfish populations and scientists couldn’t figure out why. Although the disease has been present sine the 1970’s, never have soo many starfish been affected at one time. When the disease affected starfish in aquariums, scientists were able to better understand the root. By analyzing the DNA of infected and healthy starfish of different species, scientists found the virus SSaDV was most usually present in both the healthy and unhealthy starfish. However, the research in general showed that the levels in the unhealthy starfish was much greater than in healthy versions. The study was inconclusive as some of the starfish who were infected with the disease actually had no traces of the virus in their system. However, it seems to be a go lead to try and uncover what is happening to the starfish and why now, all of a sudden, starfish populations are being decimated at such high levels. MORE