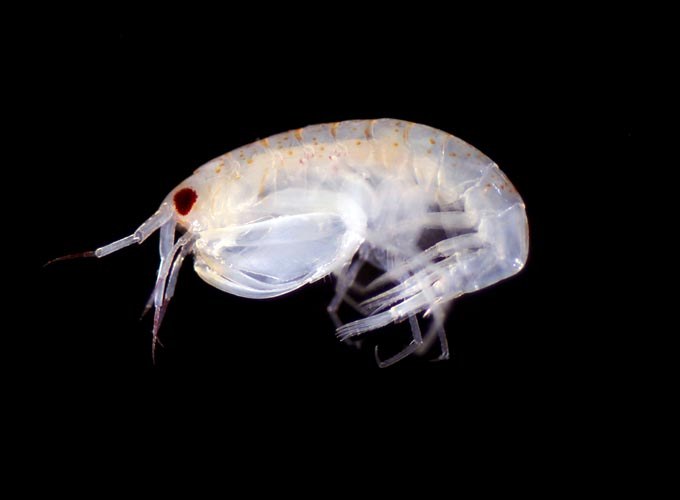 
When Jim Thomas and his global team of researchers returned to the Madang Lagoon in Papua New Guinea, they discovered a treasure trove of new species unknown to science.

This is especially relevant as the research team consisted of scientists who had conducted a previous survey in the 1990s.

“In the Madang Lagoon, we went a half mile out off the leading edge of the active Australian Plate and were in 6,000 meters of water,” said Thomas, Ph.D., a researcher at Nova Southeastern University’s National Coral Reef Institute in Hollywood, Fla. “It was once believed there were no reefs on the north coast of Papua New Guinea since there were no shallow bays and lagoons typical of most coral reef environments. But there was lots of biodiversity to be found.”

Thomas and his team discovered new species of sea slugs (nudibranchs), feather stars (crinoids) and amphipods (genus Leucothoe). There was more variety of these indicator species found than there is in the entire length of Australia’s 1,600-mile Great Barrier Reef.

“This was an astonishing discovery,” Thomas said. “We returned to our labs and began to formally assess our collections. We had no idea this lagoon’s bounty was so profound.”

The international team Thomas led included researchers from and the Scripps Institute of Oceanography in San Diego, the California Academy of Sciences and the National Botanical Gardens of Ireland. Their 3-week expedition ended late last year. While in Madang, they joined a large French contingent of scientists from the Paris Museum of Natural History.

The NSU-led research team’s findings will be shared with the local villagers, as well as regional and federal governments. It will also be published in peer-reviewed journals.

The Madang Lagoon faces many environmental threats by land-based pollution from a recently opened tuna cannery whose outfall is very close to the lagoon’s reefs.

“Hopefully, our discoveries will strongly encourage governing bodies to recognize the environmental importance of the lagoon and work to stop the pollution,” Thomas said.