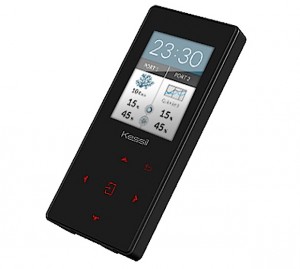 The Kessil A360 light is one of my personal favorites, and my weapon of choice for growing SPS and LPS corals. One issue that many aquarists have noted, is that the Kessil lights didn’t include any controller. Yes, they could be hooked up to the Neptune Aquatics Apex, and with a bit of minor programming a ramp schedule could be formed. It was great for advanced aquarists, savvy with reef keeping tech, but not ideal for aquarists who wanted a simple way to control their LED lights. That has finally changed, as Kessil has released a controller, capable of controlling either 2 lights independently, or multiple sets of lights, using additional communication cables. 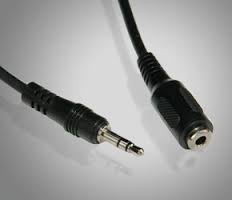 Kessil’s controller looks great, nearly as sleek as an iphone, with a bright LCD color screen. One innovative design is a magnetic bracket, which can be mounted to the wall allowing the magnetic back of the controller to snap into place. This mount makes snapping the controller on, and off the wall easy, and looks good resting next to a reef aquarium. Looking at the controller, your notice more than one note taken from Apple’s design playbook. The menu navigation buttons are very ipod’esque, a throwback to the original ipod, famous for its round sliding button, with center selection button. This is essentially the way that the Kessil controller operates, allowing you to slide through different menu options, while pressing the center button to confirm a setting or make a selection. In addition, there is a back button that takes you back through previous menus. All in all, the unit looks and feels great in your hand, but clearly it was built, with simplicity in mind. 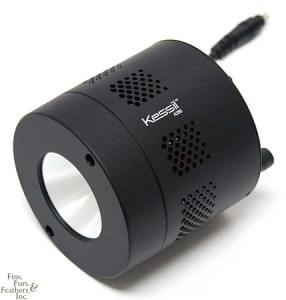 Set-up is straightforward and easy. A communication cord (the same as an aux audio cable) connects from the controller, into the input jack on the light. This gives you control of one light. If you want to group more than one A360 together, you will need an additional communication cord, which will run from the light’s output jack, into the other lights input jack. This light/communication chain can run, for however many lights you want controlled via one port. There is a second port, allowing some flexibility. Using this, several lights could come on at a different time, and maintain a different spectrum than the other set. Kessil points out, that if you use an A360 over a refugium, the refugium light could be booting up, while the aquarium light ramps down.

The controller is only $ 99, but it isn’t without a host of limitations. This is a straightforward, simple controller, which really cannot compete with Ecotech’s radion interface, or AI’s direction. Options are basic, choose a port and adjust the lighting color (using a graph running from 0-100, in groups of 5) and lighting intensity, (same graph, same groups of five). Day long presets can be configured, offering several points of light changes. For example, a light can be set to come on at 8 a.m. and set to 40% color and intensity. Another point, several hours later can ramp that up to 60%, and on and on until intensity reaches its peak. It works, but when compared to the controller software used by other lights, it’s basic and outdated.

An acclimation mode exists, that will run the lights with less intensity and color, slowly adjusting them up over the course of two-weeks. It’s helpful, and just as functional as the acclimation modes on other controllers. Another downside, is that the controller cannot speak to the lights wirelessly. If like me, you are running several A360’s over a tank, you will have to deal with a host of communication cables, running from the controller to each independent light. Needless to say, it’s not the best looking arrangement. Like a few other features, this is outdated, when compared to controllers that seamlessly and wirelessly unite lights, routers and computer based control software.

In all honesty, if Kessil’s new controller cost much more than $ 99, I would recommend sticking with the easy to use adjustment knobs, or your apex controller. If you’re seeking a way, other than the apex, to control your Kessil lights, then this controller is about all there is. Sadly, it makes Kessil’s wonderful lights only appealing to people who like the dense matrix approach to LED lighting, and find it very efficient at ripple effect along with coral coloration and growth. If quick, easy control over custom sunsets and sunrises, cloud cover and thunderstorms is your thing, as well as the ability to choose from predefined lighting templates, then Kessil simply doesn’t stack up to the competition. 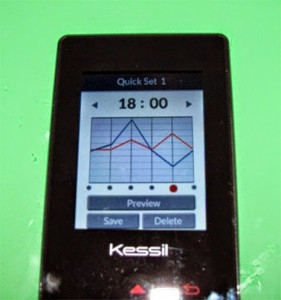 When looking at the controller, it feels like a product that has a lot of potential, but was hastily put together as the popularity of Kessil’s lights grew, and complaints came from aquarists about lack of control.  Hopefully in the future, Kessil can offer some firmware updates that increase the capability of the new controller. Until then, if you’re comfortable using a time and the adjustment knobs to control the A360, I would save that $ 99 and apply it elsewhere to your reef addiction. This unit just performs like an abacus, in a world of personal computers.