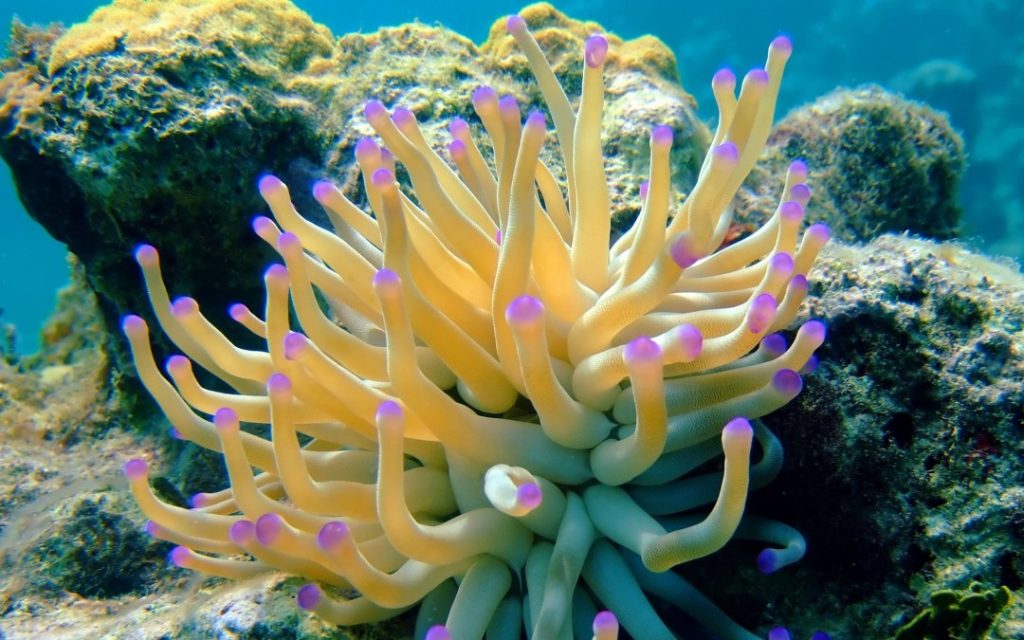 Newly discovered corals, robot polyps and Anem-Anem-Onee Anema-Anem-Onee Anemones Pt.2. Peter is on cruise control tank maintenance wise but has some new additions planned. Jeremy added fish to the big tank and is starting to see a bounce back from his dip. We also talk about our first admin team created content for YouTube a great tank tour style video. All this and more on Episode 126 of the Reef News Network!

Jeremy- Corals in the ocean are covered in polyps, a stem-and-tentacles apparatus responsible for nourishing the coral and aiding the coral’s survival by generating self-made currents through the motion of their soft bodies. Scientists from WMG at the University of Warwick, led by Eindhoven University of Technology in the Netherlands, developed a 1cm by 1cm wireless artificial aquatic polyp that can remove contaminants from water. In addition to cleaning, this soft robot could be also used in medical diagnostic devices by aiding in picking up and transporting specific cells for analysis.

Peter- 30 New Deep-Sea Species Discovered Near The Galapagos
A team of scientists have announced the discovery of 30 new invertebrate species collected on a deep water expedition around the Galapagos National Park. The team discovered new corals and sponges, including ten bamboo corals, four octocorals, one brittle star, and eleven sponges; they even collected four new species of squat-lobsters.

Main Topic: The Anemone Episode Pt. 2
Last time we discussed some basics, anatomy, and popular types found in the hobby and symbiosis. One of the many resources we tapped into for this episode was the late Bob Fenner’s MACNA 2017 anemone presentation. What is amazing is that the success rate for many reefers keeping anemones has been on the incline for the years preceding this talk but have jumped to whole new levels since. Long-term anemone keeping used to be a rarity but has become a much more common occurrence; with the distribution of quality information, gains in success multiply quickly. Today we will go over parameters, timing, husbandry, pests, and aquaculture/propagation.