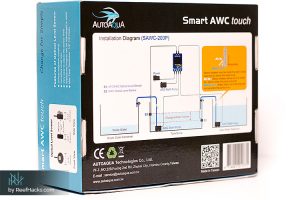 Wild Weed Eaters, Happy Coral, and AWC Awesomeness. This week we catch up with Jeremy and Peter after a big snowstorm. Jeremy lost quite a few of the fish he got in a few weeks ago but is optimistic about the three survivors. Peter is back in CT and all good with his system after two weeks away (just as planned). All this and more on Episode 143 of the Reef News Network!

Jeremy- As corals die, seaweed takes over. Like weeds in your garden, seaweeds can crowd out new corals, just like the weeds can crowd out your crops. In addition to crowding out the coral, seaweed uses biological weapons to take over more space and inhibit coral growth (allelopathy), enter the Caribbean King Crab. Scientists say these crabs eat coral-choking seaweed and algae and may help with restoring coral reefs.

Peter- Scientists have discovered a climate crisis refuge for coral reefs off the coast of Kenya and Tanzania, where species are thriving despite warming events that have killed their neighbors. The coral sanctuary is a wildlife hotspot, teeming with spinner dolphins and boasting rare species, including prehistoric fish and dugongs. Researchers believe its location in a cool spot in the ocean is helping to protect it and the surrounding marine life from the harmful effects of the climate crisis.

Main Topic: The idea of auto water changes has been around for a while but the tools needed to pull them off in reef systems were not as readily available to reefers as they are today. The concept of auto water changes originated in freshwater, particularly breeders implemented them to help maintain many systems. This may be a middle ground to the topic of episode one the great water change debate.