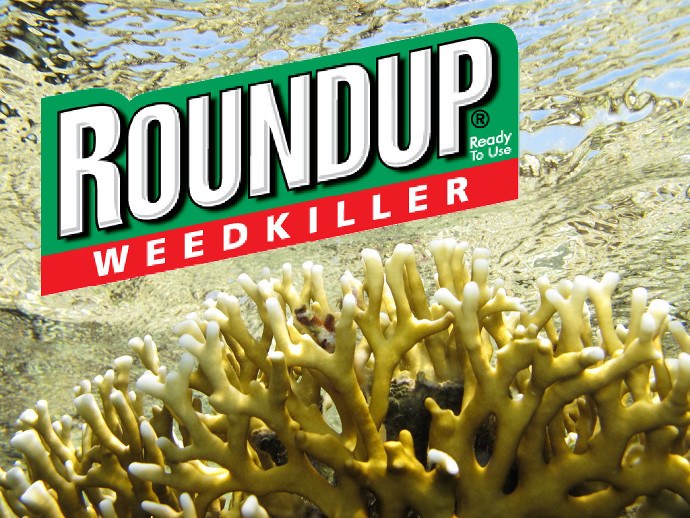 
Roundup, a highly effective glyphosate broad-spectrum weedkiller sold internationally by Monsanto, is found in agricultural runoff which makes its way to coastal coral reefs, like the Great Barrier Reef.  In a recent study titled “Glyphosate persistence in seawater” published in the Marine Pollution Bulletin, researchers Mercurio, Floresb, and others found that glyphosate persists in saltwater for a moderate amount of time making it potentially a hazard to coral reefs and associated communities, such as seagrass and kelp beds.

According to the study, depending on the lighting conditions and temperature, glyphosate can persist in saltwater for anywhere from a month to almost a year. They found the half-life (the amount of time it takes to degrade half of the item in question) ranged from 47 days to 315 days, so there is significant potential for this herbicide to interact with coastal coral reef communities, especially if there were a flood which could flush coastal sediments far from shore. The authors state that “little degradation would be expected during flood plumes in the tropics, which could potentially deliver dissolved and sediment-bound glyphosate far from shore.”

More studies need performed on glyphosate and it’s effects on coral reefs and associated communities to better understand these implications.