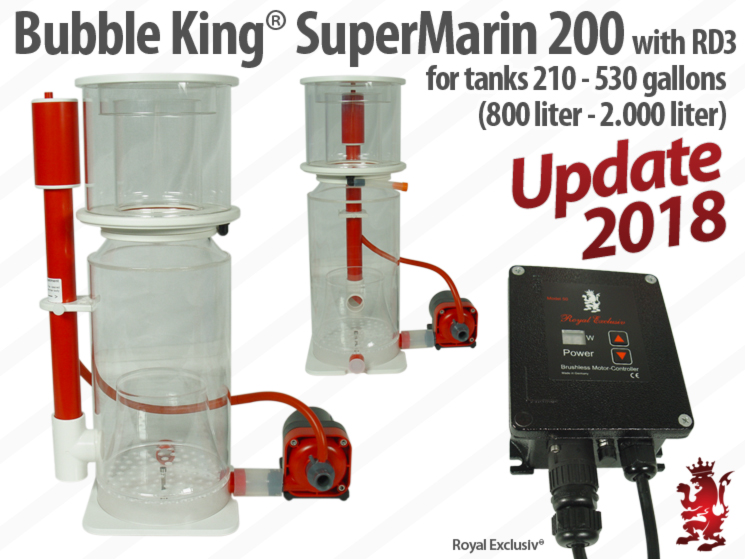 Personally, I’ve been using a Bubble King Mini 200 for over 11 years and I couldn’t be happier with it.  It’s been used on several different aquariums over the years including a 250 gallon mixed reef coral farm tank that it’s currently being used on.

Not resting on their laurels, Royal Exclusiv continues to innovate and incorporate new technology into their designs, as seen in the 2018 SuperMarin. The SuperMarin 200 is powered by the highly efficient Red Dragon Speedy 3 DC pump.  The pump maxes out at 50 watts and it produces up to MORE