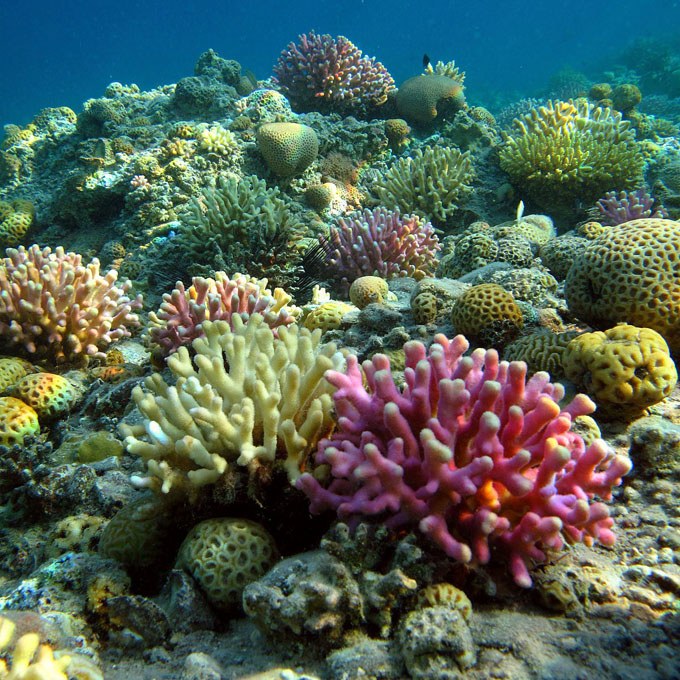 
In a publication in Current Biology, Tali Mass and her colleagues at the Rutgers Institute of Marine and Coastal Sciences show that specific proteins produced by corals can form limestones in test tubes. These proteins, secreted by corals, precipitate carbonate that forms the corals’ characteristic skeleton.

“This is a first step toward understanding how coral build their skeleton,” said Mass, a postdoctoral researcher and lead author of the study. The researchers also found that the reaction occurs regardless of water acidity, which suggests that these organisms will survive in coming centuries when the world’s oceans are predicted to become more acidic. That also potentially bodes well for the health of the world’s coral reefs, which support ecosystems essential to marine diversity that in turn support fisheries.

“The good news is that the change in acidity will not stop the function of these proteins,” said Mass. But she is quick to warn that her work shouldn’t make people complacent. “Pollution and rising water temperatures also pose major threats to these essential marine organisms.”

Limestone rocks are all around us and have been central human history. The Egyptians used them to build pyramids and today they are still used to build monuments. Surprisingly, all limestones are created by living organisms. The rocks are everywhere, it seems, but how they form has not been answered until now.

Scientists have long known that corals made their external skeletons from a matrix of secreted proteins, but didn’t understand the mechanism. Mass and her colleagues in Paul Falkowski’s laboratory began by asking which proteins might be responsible for the process. They identified over 30 proteins from coral skeleton that could be involved. They described that work earlier this year in the journal, Proceedings of the National Academy of Sciences..

At the same time they searched for genes in the coral genome for proteins that could potentially assist with production of the skeletal mineral calcium carbonate.  For this, the scientists went to Debashish Bhattacharya, professor of ecology, evolution and natural resources, director of the Rutgers Genome Cooperative, and a co-author of the paper. A genome is the entirety of an organism’s genetic information (DNA) – in this case, of the particular coral that the researchers were studying.

“We produced a ‘draft’ genome,” Bhattacharya said. “Basically, that’s a genome that is not yet fully assembled into chromosomes. So, you don’t have the DNA puzzle completely put together, but you have all of the pieces of that puzzle and can figure out what the many pieces – for example, the genes – do in the coral.”

The genome analysis, done by Ehud Zelzion, bioinformaticist at the Genome Cooperative, led the researchers to four particular proteins. The genes encoding these proteins were cloned and expressed in bacteria, then isolated and placed in solutions representing the current acidity of seawater and the more acidic levels scientists predict for the end of the century.

On the commonly used pH scale, where lower numbers are more acidic, today’s seas are a moderately alkaline 8.2. But they are expected to creep toward 7.6 as carbon dioxide concentration increases in the air. Using a scanning electron microscope and other measurement devices, the scientists examined the proteins and found that all had begun to precipitate calcium carbonate crystals in the test tube at both pH levels.

“This work goes a long way toward explaining how corals precipitate calcium carbonate skeletons and clearly shows that the reaction can work at more acidic pH levels,” said Falkowski, also a co-author of the study and Board of Governors Professor of geological and marine sciences. “It doesn’t mean that ocean acidification is not a concern, but it does suggest that corals will still be able to form skeletons, and coral reefs will continue to exist.”

This work was supported by a grant from the National Science Foundation to Paul Falkowski.