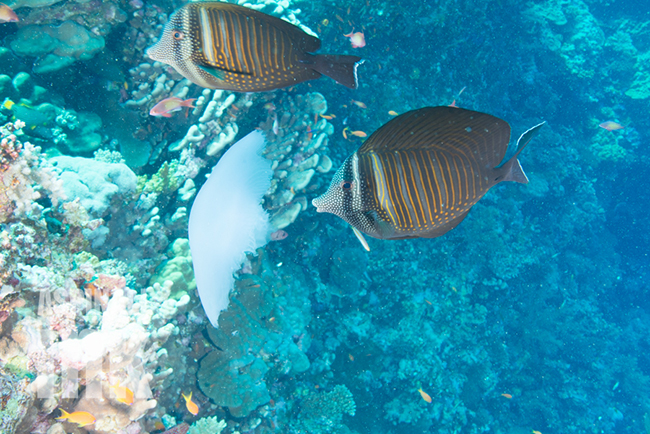 Every book, website, and fish store employee I’ve ever consulted/spoken to says that Zebrasoma tangs are basically vegetarian that occasionally take meaty foods.  In captivity this is fairly straightforward, they will take a range of foodstuffs offered to them, but what about in the wild? 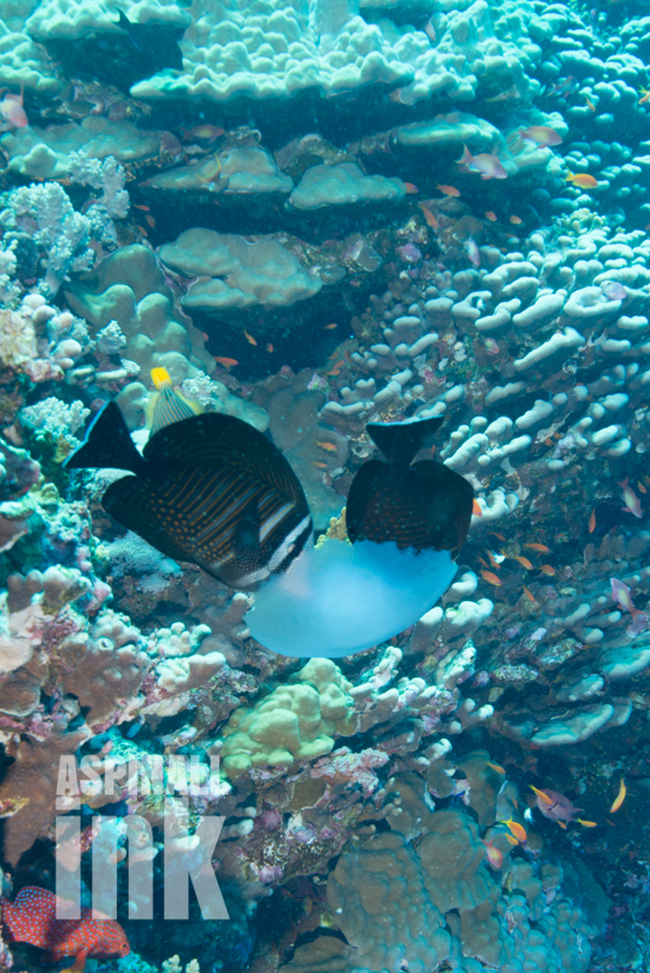 I’ve never been entirely sure what their foodstuffs would be, other than algae.  I’ve watched them on countless dives, speeding across the reef, grazing almost continuously, only halting their feeding to get away from me and my camera; and I’ve always assumed that if they spot a meaty morsel they’ll take a bite as they go. 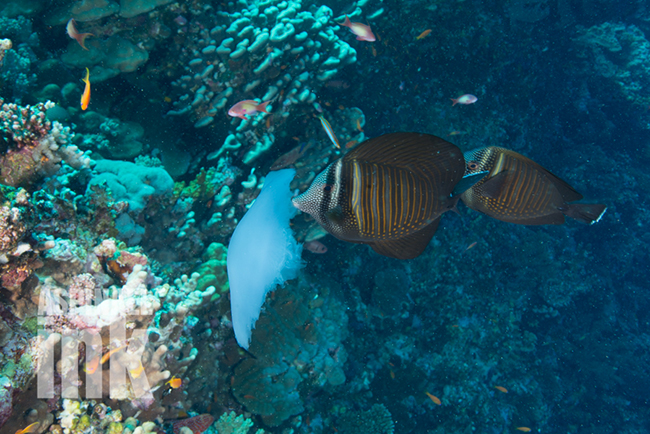 On a recent dive in the Red Sea, on a fantastic fringing reef, I came across this pair of Zebrasoma desjardinii that had found a passing lump of protein in the shape of a dead moon jelly. The reef offered the usual mix of habitats and an extensive reef flat for grazing purposes, but I spotted these two at around fifteen meters, not an unusual depth for this species that spends its time between the surface and twenty five meters of depth.

I’ve seen various fish species, especially angels and butterflyfish, having a nibble at a jelly, but this was the first time I’d seen the behavior in Zebrasoma desjardinii, which is the sailfin species native to these waters.

Sadly these aren’t the best pictures I’ve ever taken, but in terms of offering an insight into their natural behavior I thought it might be interesting to share.