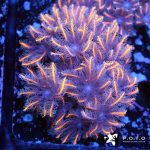 [unable to retrieve full-text content]With more than 15 years in captivity, the Stargazers clove polyps is a true OG. We have this exact frag and a few more in our Friday Before Black Friday sale tonight.

This coral has been in captivity for over 15 years!

pieces of the ocean, reef