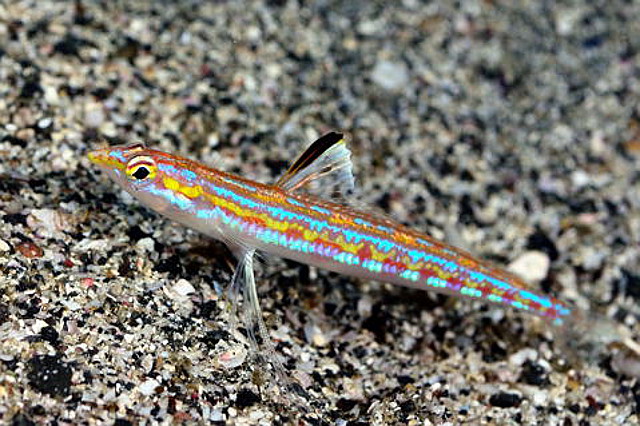 The deep, sandy plains that surround coral reefs are often full of a colorful and charismatic fish fauna ideally suited for marine aquaria, but, seeing as these habitats are hard to get to and far-removed from the typical reef collection sites, little of this biodiversity is ever made available for aquarists. I’ve previously discussed some of the more intriguing groups found here—bandfishes & signalfishes, Myersina & Kojiro gobies—and now I’d like to introduce you to one of the rarest and most peculiar of the lot: Pseudotrichonotus, the Sand-diving Lizardfishes. 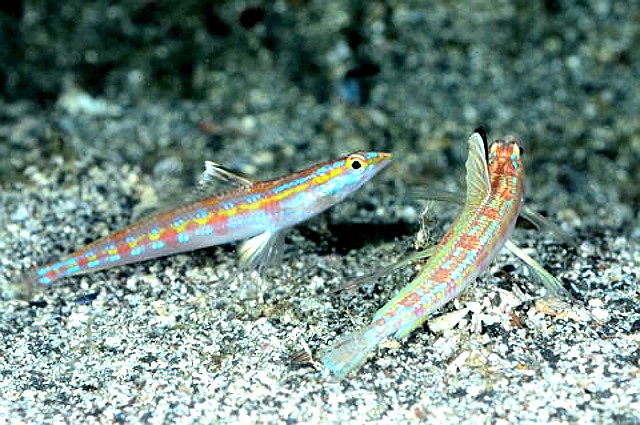 Only a pair of species are known. The first to be described (in 1975) was P. altivelis, reported from only two popular dive locations in Japan, Izu and Kashiwajima, at depths in excess of 25 meters. Quite a few photographs exist of this fish, indicating it is relatively abundant in its preferred habitat and probably rather easy to spot. The Indian Ocean P. xanthotaenia was trawled at 110 meters from the immense sand bank connecting the Seychelles and Mascarene Islands. Photographs of this latter species are apparently non-existent, and it has been suggested by some authors that there is really only a single widespread species. Another specimen, a small juvenile observed in the Raja Ampat Islands of Indonesia, may or may not be another species. This apparently constitutes all the known occurrences for the genus, though it can be expected that this group occurs throughout most of the tropical and subtropical Indo-Pacific. 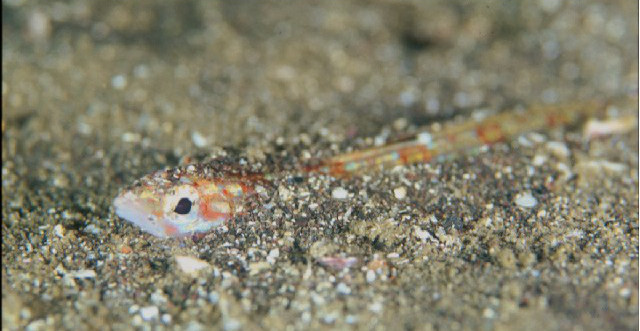 Pseudotrichonotus is reported to be timid when approached underwater. Credit: Satoshi Ueshima

The scientific name Pseudotrichonotus derives from the similarities in fin and body shape seen in another psammophilic fish: Trichonotus, the Sand-divers. Both share a common defensive behavior of lunging beneath the sand when frightened, but, despite their common appearance and behavioral quirks, the two are quite distantly related. Trichonotus has recently been determined as the sister group of the diverse goby lineage, while the Sand-diving Lizardfishes—classified in their own family, Pseudotrichonotidae—are a close relation to the true lizardfishes of the Family Synodontidae. 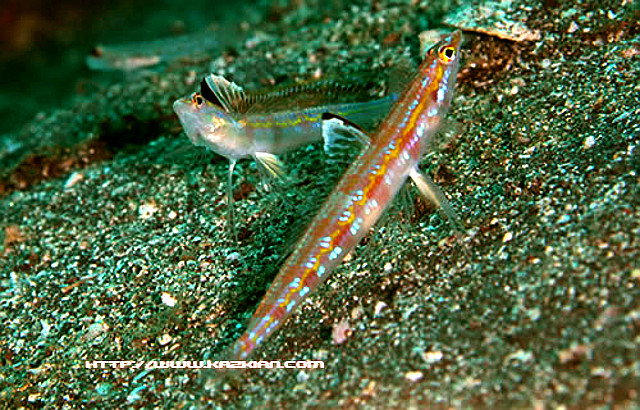 From an aquarists viewpoint, this is a very attractive little fishy that would make for a stunning addition to many types of aquaria. While there doesn’t appear to be anything reported on their natural diet, Pseudotrichonotus are likely predatory on whatever small benthic and planktonic invertebrates they happen upon in their sandy realm. Given their small mouths and diminutive maximum size (~9cm), these would presumably be safe to mix with anything larger than a Sexy Shrimp or Minidartfish. 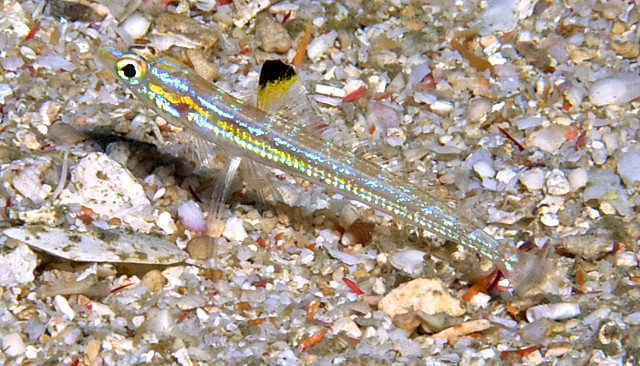 The biggest selling point this fish has is its gorgeous coloration, consisting of a prominent yellow stripe running along the midline surrounded by a pair of similar blue stripes, overlaid by a series of regularly spaced red bars. The dorsal fin is long and sail-like, with a black & white marking on the tip and fine golden spots throughout. In life, the enlarged anterior rays are held erect while the posterior section is normally kept appressed against the back, creating the appearance of a much smaller triangular fin. The contrastingly patterned tip of this fin is flicked up and down in a charming manner (as seen in the brief video below) and presumably is used in territorial or mating displays. 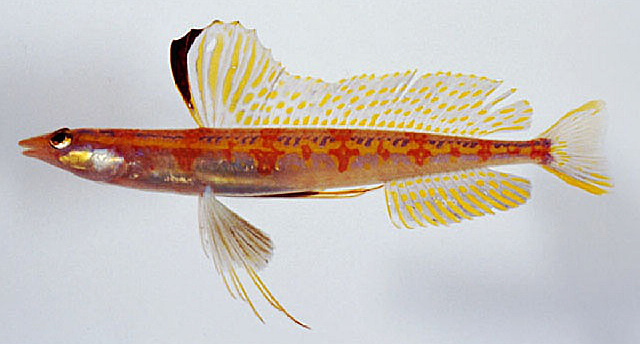 Not much else is known about Pseudotrichonotus. Diver photography shows that they live in close proximity to one another, but the social structure of these gatherings is unstudied. Do the males patrol individual territories or might they just wander about the sand haphazardly? It’s also not clear if there are any sexual differences or what kind of reproductive strategies they employ. The related synodontid lizardfishes are dioecious (i.e. their sex is determined at birth) and release their planktonic eggs without any parental care.

Given how rarely encountered Sand-diving Lizardfishes are in the wild, it should come as no surprise that they have yet to be collected for the aquarium trade. But, should they ever be made available, a decent-sized aquarium could probably house a small group together, creating an amusing display of skittering, fin-flicking fishes. Appropriate tankmates are some of the other sand-dwellers common to this ecosystem: Myersina, Ptereleotris, Tryssogobius, Pteropsaron, Acanthocepola, Xiphasia, Heteroconger, etc. While they would likely do fine in a traditional reef tank, the most natural aquascaping would be none at all, just a featureless expanse of peppered sand—think of all the money saved on not buying live rock! 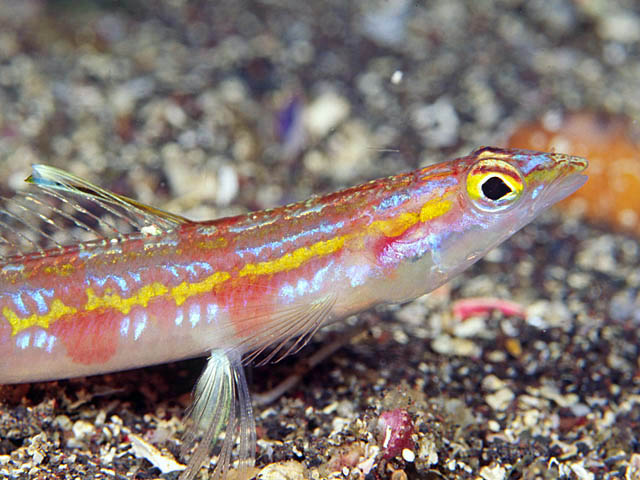