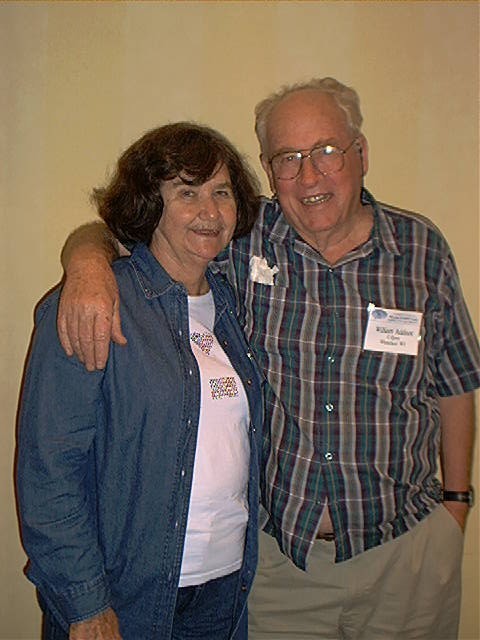 I am very sorry to report that we have lost another cherished member of our community this week. Arline Addison, who in Bill’s own words, was the great woman behind all of his successes.  When they told me two years ago that Arline had been diagnosed with stage four lung cancer and the doctors were giving her six months to live, my first thought (after the initial shock and sadness) was: “How will Bill survive without her?” They had been together for 60 years. They did everything together.  They had the most beautiful marriage I have ever seen.  When we lost Bill three months ago and Arline was still doing remarkably well, I knew that she had been holding on for his sake and I was thankful that he never needed to know a life without her.  That was just the kind of woman she was – one of the most considerate and nurturing people I have ever known.  She was the kind of person who, when you call her to console her about the passing of her husband, she is more interested in apologizing for your late birthday card.

Arline lost her battle with cancer Saturday evening, surrounded by her family. At the request of Bill and Arline, there will be no service.  They asked to be cremated and to have their ashes mixed together and released into two of their favorite spots: a mountain pass in Wyoming where Bill did some of his first mineral prospecting, and in the ocean, off the coast of Roatan, Honduras. Their daughter, Katy will continue to operate C-quest marine ornamental fish hatchery from its new location in Wheatland, Wyoming.  If there is anything to look forward to after this life, then we can be sure that Bill and Arline are reunited, probably walking hand-in-hand down the shores of some exotic Island, probably Roatan.