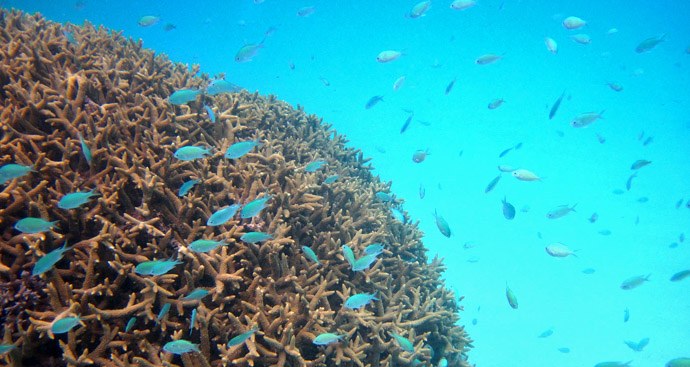 
Earlier this year, a study led by Dr. Tim Wijgerde concluded red light actively represses chlorophyll a and zooxanthellae growth in Stylophora pistillata whereas blue light appears to do the exact opposite.

Dana Riddle also continued his research on how corals and their zooxanthellae responded to differing spectral qualities and photosynthetic efficiencies.

The data showed coral skeleton displayed significant morphological differences when kept under different lights in most of the measured values (see plot below).  While each of the two species did not behave in the same manner to T5, LED, and LEP, specimens within each species demonstrated a clearly definable trend in their skeleton pattern.  In other words, Acropora formosa and Stylophora pistillata may not react the same to the different lighting systems.  However, the frags of Acropora formosa all reacted similarly under each lighting system, and the same was true for the Stylophora frags.

The researchers hypothesize that corals adapt their skeletal growth to “optimize internal radiances for their endosymbiotic zooxanthellae” for not only different intensities of light (a phenomenon that is already well-documented) but also the spectrum of light.

For full details about the experiment and results, read the open-access PLOS ONE paper.