Scientists probe the origins of the sharksucker’s sucking disk 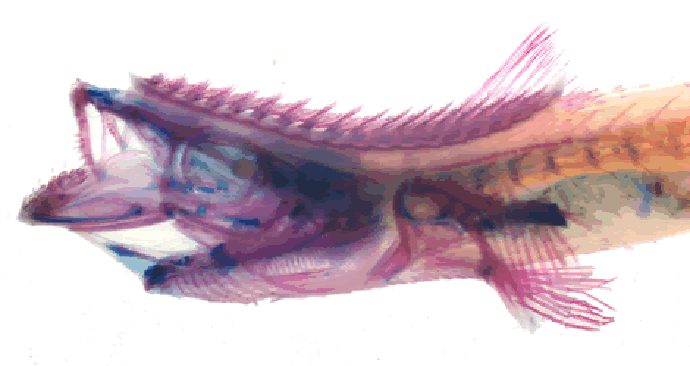 A bone stain of the Sharksucker fish (genus Remora).


Sharksucker fish (Remora spp.) are the fish you see stuck to the underside of larger fish, typically sharks, using a special sucker disk on the top of its head. Scientists have long speculated on what this sucker actually is and how it developed.

As the larval Remora developed, they watched the dorsal fin area and were surprised to see it start out as a normal dorsal fin. By the time the larvae reached 30mm in length, the dorsal fin had migrated toward the head and formed a perfect 2mm sucker. So it turns out the fish has not evolved a completely new structure, it is just a modification of an existing structure.