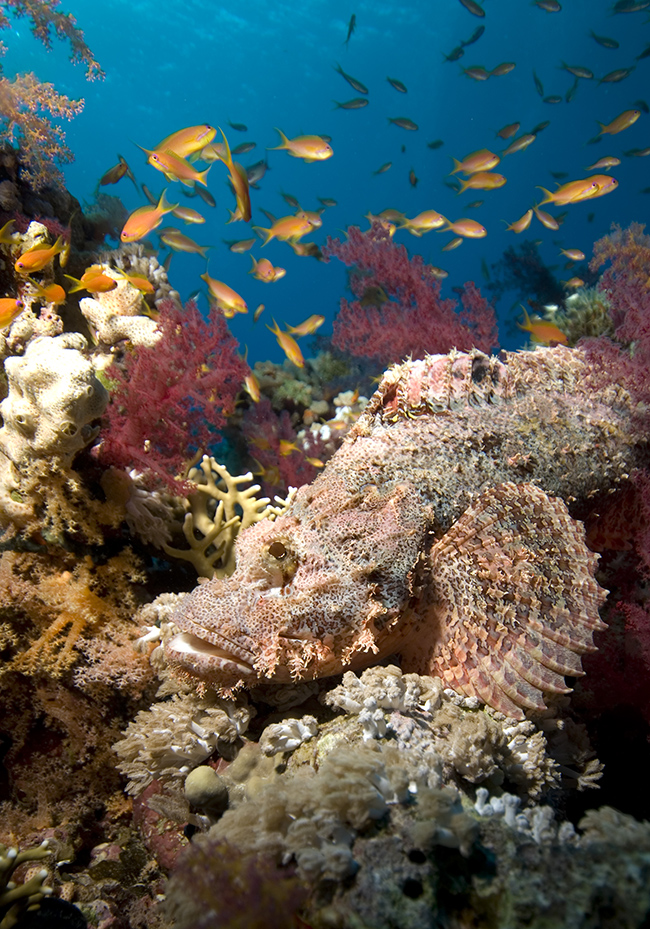 The Scorpionfish (Family Scorpaenidae) contains some fascinating fish, including Genera Pterois, Dendrochirus, and Scorpaenopsis; all are superb masters of camouflage and the ambush predator lifestyle.  Here are a few snaps of what I believe are of the three species. 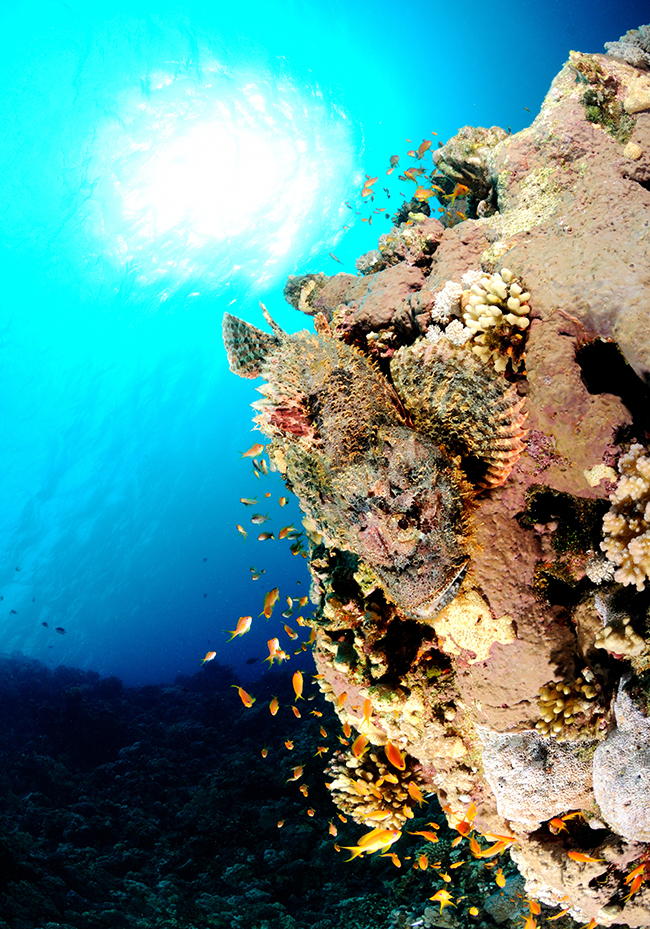 Not the best shot for ID purposes, but hopefully an attractive one

The first fish I have is Scorpaenopsis oxycephala.  Ths is the Smallscale Scorpionfish that reaches 36cm in length and is the species I see most often, though very often its superb camouflage means I see the fish when I’m actually photographing something else and my presences finally makes it break cover.  This fish is found from the Red Sea to the Great Barrier Reef and down the coast of Eastern Africa.

I find that I easily confuse this species with the very similar (and slightly smaller) S. possi, though I believe this fish has a shorter snout.  Very often though, I have to balance my desire to get a good ID shot with my artistic aspirations, so sometimes my ID isn’t 100% certain. 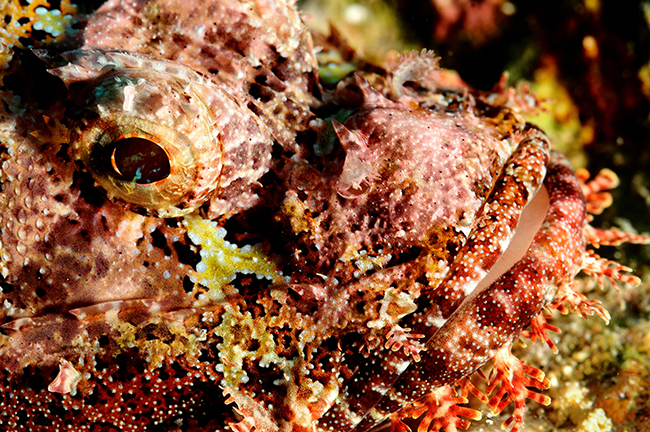 Another similar fish is S. diabolus, the Devil Scorpionfish.  I find these guys even harder to spot, especially against coral rubble.  Divers often get this fish mixed up with Stonefish such as Synanceia verucosa, a fish so well camouflaged that I’ve never actually seen one, despite many hundreds of dives. 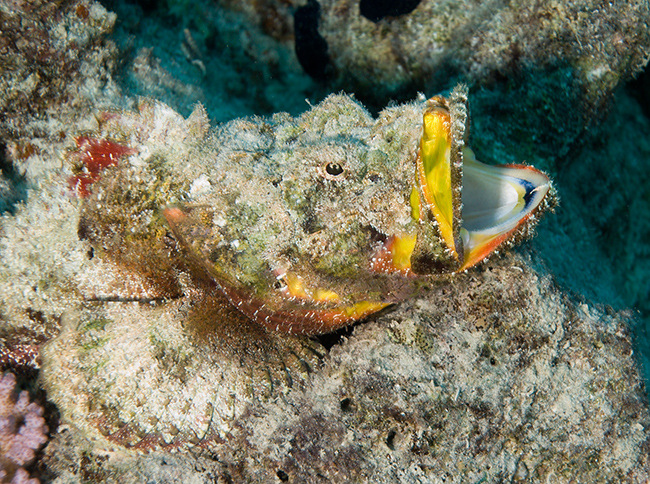