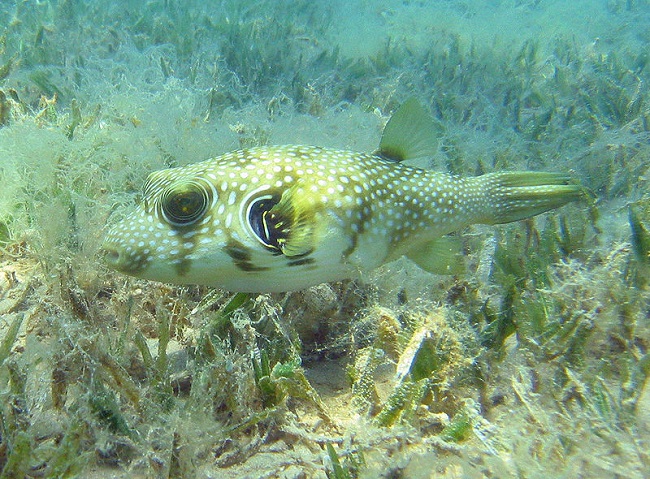 We’ve heard a lot lately about how carbon dioxide emissions are contributing to global warming, which is ravaging (among other habitats) tropical coral reefs. Over the last 40 years, a secondary (though equally potent) carbon-related threat to coral reefs has emerged: ocean acidification.

Excess atmospheric carbon dissolves into seawater to form carbonic acid. In sufficient quantities, this acid can erode coral skeleton much in the same way that soda can damage teeth.

Seagrasses, on the other hand, may thrive in these conditions. Seagrass meadows are highly productive environments where photosynthesis can take place at such a rate that carbon dioxide is practically stripped from the water, dissolved oxygen is generated so rapidly that it bubbles off, and the outlying waters are rendered perfectly alkaline.

Thus, it would seem that coral reefs that are situated near large seagrass beds are afforded with some measure of protection from acidification. Swansea University marine biologist Dr Richard Unsworth set out to study this relationship with colleagues from Oxford University and James Cook University in Australia. In a paper published in Open Access Environmental Research Letters, Unsworth and his team describe the growing dependence of corals upon seagrasses, warn that damage to seagrass environments ultimately damages coral reefs, and finally propose that seagrasses may similarly depend upon healthy reefs.

More information about this study can be found at:
http://news.bioscholar.com/2012/06/seagrass-could-help-cut-acidity-level-in-water-surrounding-coral-reefs.html.