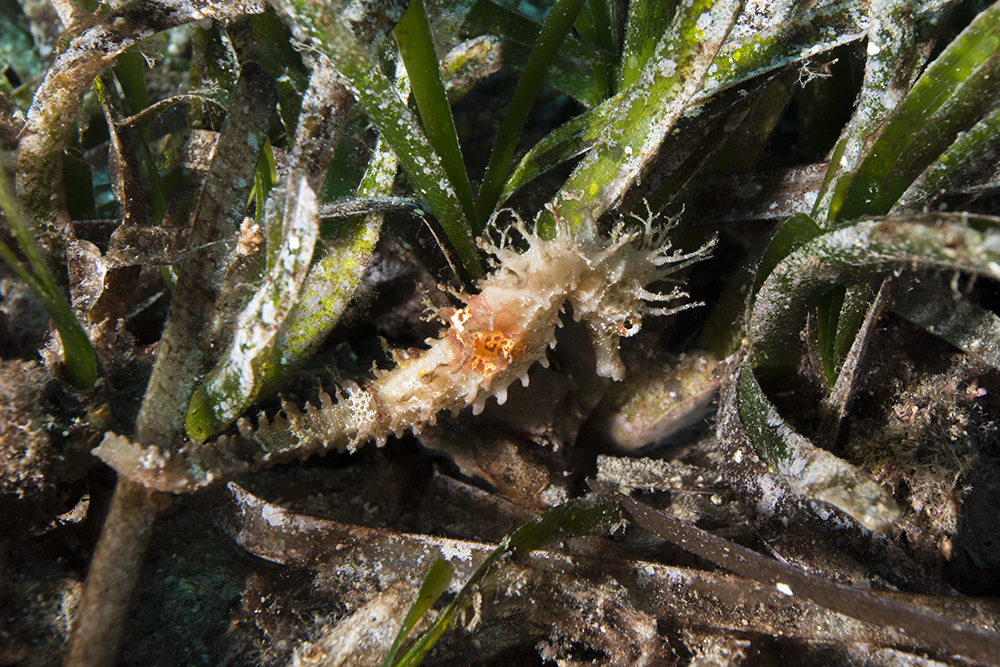 Seahorses are remarkably hard to find.  I’ve known divers with thousands of dives under their (weight)belts, who have never seen a single solitary member of the seahorse stable.  Non divers may find this hard to appreciate, but hopefully these images will help reveal the difficulty involved  in finding one.

It took five of us to find the seahorse in the main image, even though the team I was with knew roughly which bit of the sea grass meadow it lived in.  It all comes down to down to camouflage of course and the fact that the seahorses just stay absolutely still and hunker down within the sea grass to hunt for their minute crustacean prey.  Males will stay in their territories whilst females will roam much farther afield 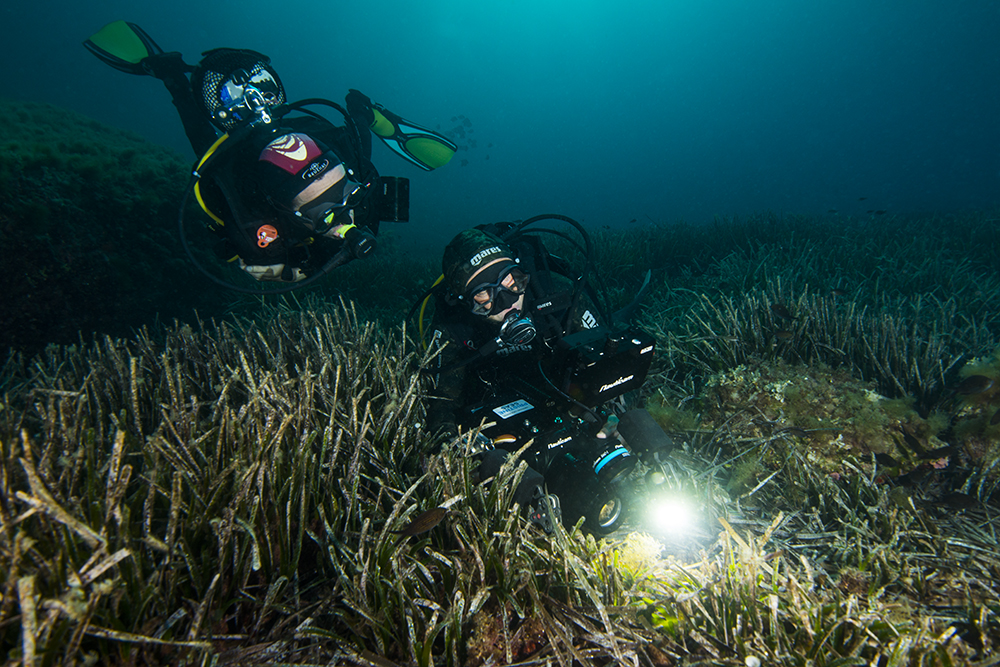 This was my first seahorse, believe it or not. 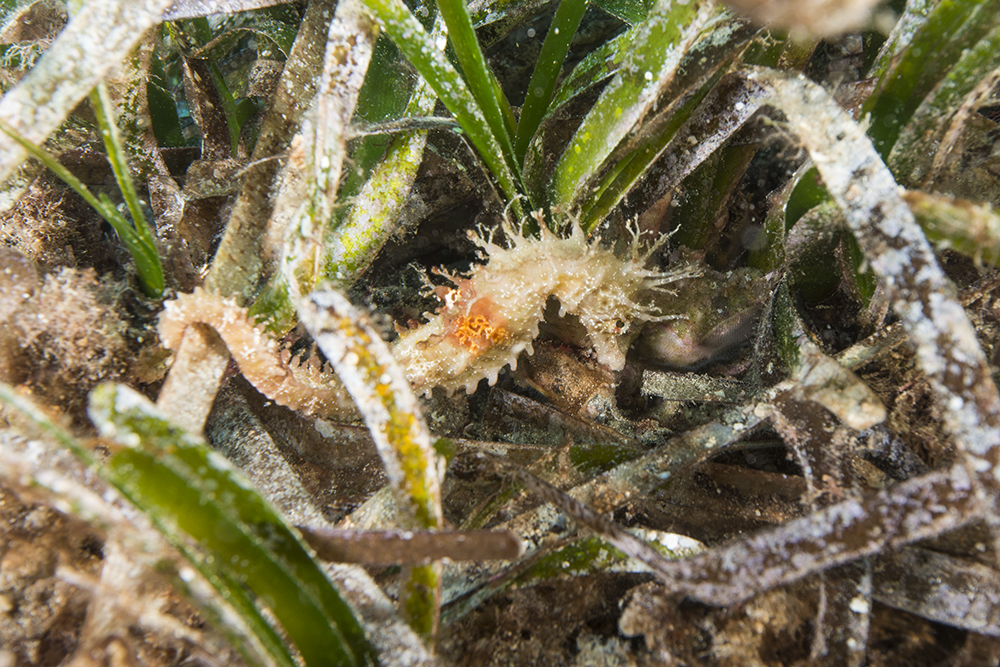 It would be a few hundred dives before I saw another, and again it relied on knowing roughly where the seahorse was and looking, and looking… until a piece of algae revealed itself as a fin or a piece of coraline algae showed an unexpected eye. 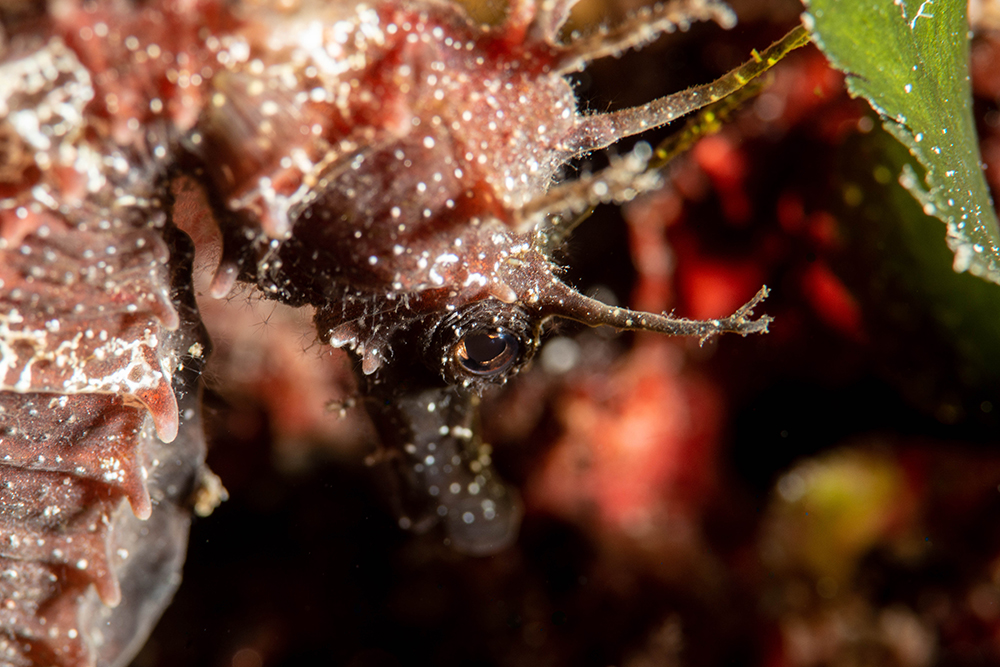 In this image I have a macro lens fitted to the camera, so it’s impossible to show the animal in context, but it was nice to get a close-up.

Both of the fishes shown here are, I think, Hippocampus hippocampus. H. guttulatus is also found as is H. kuda.  The latter is a non native, having spread from the Red Sea via the Suez canal.