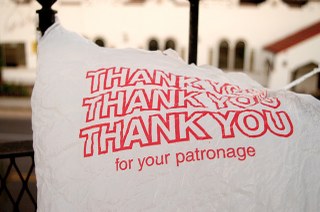 
The goal of this change is to ultimately reduce pollution of the world’s oceans with trash and it “could save more than 1 million plastic bags from being used.” Instead of plastic bags they “will offer customers paper and reusable sacks” for their usage.

As mentioned above, this change coincides with the debut of their new Turtle Reef attraction and is meant as an added emphasis on keeping trash and plastics out of the world’s oceans as plastic bags are problematic for ocean turtles as they sometimes mistake them for their favorite food source — jellyfish.

“I think it’s important that our guests can learn that they too can play a role in keeping trash and pollution out of the sea turtles’ ocean environment,” said Thad Dirksen, SeaWorld’s curator of fishes.

I personally applaud their efforts to increase the public awareness of this problem.