A recent federal assessment made on The Great Barrier Reef has scientists and communities alike shaking their heads. The effects of land use water entering the surrounding reef waters, among other human induced threats, is eliminating the chance for recovery. “You have to make a quantifiable link between what is happening in the catchments and what’s happening in the Great Barrier Reef, where there’s been a decline in biodiversity,” said Alana Grech, from Macquarie University. 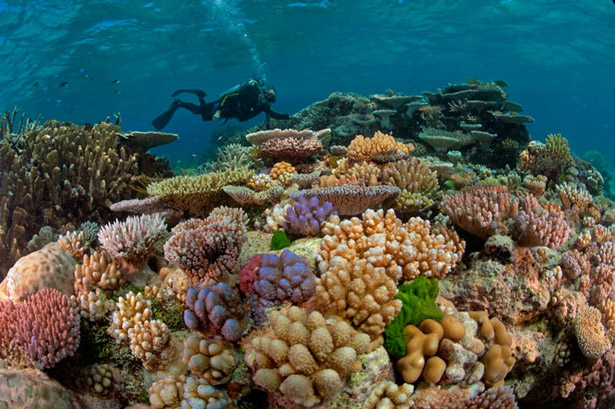 The assessment drew on many facts stating researchers had “identified overwhelming evidence that a range of threats are continuing to affect inshore habitats along the developed coast, and the species that use these habitats.” With improvements being stifled by new dreading permits, and massive port development projects in Queensland, the reef is taking hits from all sides. The Governments report concludes stating their “One-Stop Shop will streamline environmental assessment and approval processes by removing duplication between the Australian Government and states and territories. Importantly, this will be achieved while maintaining high environmental standards.” Read more here.