Sex on the reef 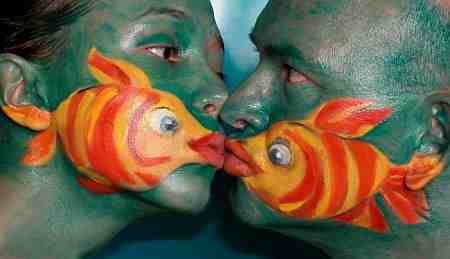 We all know that fish have the odd ability to change sex, pretty much at will. The prime example of this is the common clown fish, where the dominant male changes to become a female. This is referred to as protandry while the ability to change from female to male is referred to as protogyny. It has been assumed that sex change is a one-off event and has evolved as part of the breeding strategy of the sex-changing fish. For example protogyny is common in fish where the dominant male holds a harem of females. Lose a male and another one takes its place. Conversely, protandry is more common in the “one-on-one” relationships where a larger female increases brood size.

Now, new evidence is showing that the presumption of a single sex change is incorrect and that certain species can indeed have multiple changes over their life span. The report, published in the Journal Naturwissenschaften (the Nature of Science), details the effect on the population of cleaner wrasse (Labroides dimidatus) and the rusty angelfish (Centropyge ferrugata) when all of the females are removed from a natural reef. Each of these species is born female and dominants change to male. The researchers conducting the study essentially created 14 widowed adult wrasses and six widowed adult angels (as an aside, the females were relocated to a separate reef and were not harmed in the experiment). Any females that moved into the area were also removed and relocated. As one would imagine, several things happened. Either a) The widowed male left looking for a new mate, b) a female migrated in (and was removed) or c) the widow selected a juvenile male as partner. When the latter occurred, the smaller male (who was born female) reverted back to a female and spawning resumed. This process usually occurred within 40 days of pairing. While this phenomenon had been reported for isolated fish in aquaria, this is the first time it has been reported in the natural environment and is postulated to be a survival mechanism for fish with low density population.
The article is well written and can be easily understood without a science background and provides a fascinating insight to life on a reef.