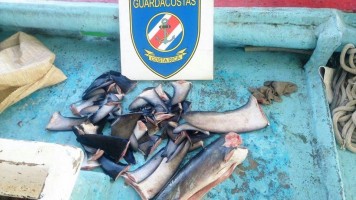 It is a very sad reality that shark fin poaching is still a very real problem in today’s world. It is estimated that over 10 million sharks die per year due to this barbaric practice. The fins are brutally chopped off the sharks, and then they are either left to die on the boat, or thrown back into the water and left to die slowly or by other animals. The Coast Guard in Costa Rica recently apprehended a fishing boat in the Bay of Queopos, very early in the morning, that was loaded with shark fins. Shark fin poaching has been illegal in Costa Rica since 2001. In this case, the illegal poaching was taking place very late at night and in the early morning hours, so as to avoid anyone noticing. The shark fins were concealed using swordfish. Over 70 shark fins had been cruelly cut off the sharks, and were scattered in the boat. The captain of the boat was placed under arrest. We can only hope justice will be served and this practice will continue no longer.