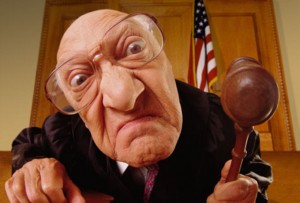 There seems to be a plague in our hobby. It isn’t marine ich, or any of the parasites that continue to dominate some aquariums. It isn’t the National Marine Fisheries Service, who may pass legislation the golden torch coral swaying gently behind me illegal to keep in captivity. It isn’t even shipping out freshly caught fish to aquarists without conditioning or shabby local fish stores and giant retail chains. While all of these present challenges to aquarists and deter new people from entering the hobby, there is something far more sinister that is discouraging, disheartening and upsetting enough to break the back of reefers with the best intentions.

When I entered the hobby over fifteen years ago, I didn’t notice the degree the marine aquarium hobby was infected. I don’t even know what you call it, mass ego disorder, poor manners, lack of edict or plain old poor sportsmanship. Whatever you want to call it, there is nothing that can shrink our hobbies’ numbers quicker and it’s barely ever talked about by aquarium writers. Over the years many aquarists have told me that they were treated with such disdain on aquarium forums that they could no longer use them. In some instances it was a fellow forum user, slamming an aquarist for asking what was termed a “stupid question” or calling them out for not executing the perfect aquarium plan. Sometimes it was a moderator, laughing away with snide comments as an aquarist was struck with a barrage of tragic circumstances within their tank. Even forums that prided themselves on a family-friendly atmosphere were leaving new and novice aquarists with a feeling of unworthiness among other reefers.

Advising aquarists over the years, I’ve occasionally been a shoulder to cry on, a guy to call when the search for information had left you with an unexpected ear-full, often culminating in a vicious personal attack. I’ve never turned down helping a fellow aquarist, even in instances when they had lied about tank conditions so that I would get a rare or difficult to keep species in and condition it for them. Somehow as the reef aquarium hobby grew, it forgot exactly what it was. We aren’t curing infectious disease or saving human lives, we aren’t creating a system of government that transcends what’s already been done – we’re a group of hobbyists, and hobbies are supposed to be fun. For me the breaking point came a few days ago as I was chatting with a friend of mine. Sure, he is not a computer programmer or rocket scientist, but a competent reef keeper who takes advice and I’ve watched his reef aquarium grow over the past 7-8 years. 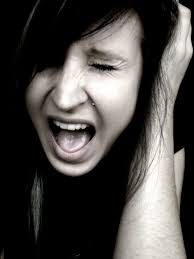 He had purchased a piece of aquarium equipment and was struggling to get all the ins and outs figured out, things just weren’t working right and his online search had turned up more questions than answers. So, he took the step many of us dread and called the manufacturer. After going through several folks who couldn’t get the situation straight, he arrived at a high level employee, guaranteed by the person on the other end of the line – this guy would have the answers. Instead of a patient walkthrough, instead of troubleshooting, instead of being treated like a customer who had shelled out quite a bit of dough on some new aquarium gear, he was told, “if you can’t figure that out, then you have no business with a reef tank.” It would seem like this must be a one in a million chance occurrence, your capability as an aquarist torn to shreds over a lack of understanding a new product. Chewed up and spit out by someone whose paycheck comes by peddling the goods you just slapped hard earned money down for. It would seem that way, if I hadn’t heard stories like these quite regularly.

Like it or not, we’ve all got a right:

In high school I was lucky enough to have a wonderful professor for both biology and chemistry. He was a former scientist and had spent his post college years traveling the globe and taking part in exciting studies, mostly aquatic. He had studied the unique cichlids of Lake Malawi in Africa, had been a researcher on several oceanic voyages and had measured anaerobic conditions in tiny streams strung out through the South American rain forest. This all came after a successful career as a pilot in the air force and a tour of duty in the Persian Gulf War. The classroom was littered with both freshwater and marine aquariums and instead of sit in class, often he had us mucking around local waterways shocking fish, taking their measurements and compiling data for the MD department of natural resources. For a budding marine aquarist, I was in heaven and together we ended up starting a small gathering of those interested in marine life that could meet a few days each month and talk about marine animals. 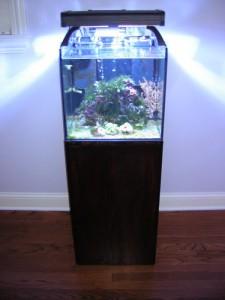 The professor believed that everyone had a right to understand the principles of science. He knew that not everyone in the class would split atoms or discover something that would change the world. He also knew that understanding the scientific process, understanding how to collect and interrupt data and unlocking the mysteries of biology could enhance student’s awareness of their world ten fold. In his class, if someone wasn’t processing the information everything stopped and the science was broken down, again and again, into bite size easily digested bits until every student was on the same page. Many times he would utter the saying, “science is a right.” The man believed it and his way of working with students emphasized he lived by it. When I got to college micro-biology and found a professor zooming through course material faster than bacteria can multiply, I was slightly dumbfounded.

My point, not every aquarist on an Internet forum, at the local fish store or reading this post is going to qualify for Reef Central’s tank of the month, or aquarist of the year. They aren’t all going to crack the code on breeding some seemingly impossible marine fish. Some may never successfully propagate a coral or keep anything more exciting than a coral beauty. The vast majority won’t travel to MACNA and some may not even know what MACNA stands for. It doesn’t matter, this is a hobby, it’s supposed to be fun. There are no stupid questions and everyone from the bottom to the top has a right to a reef tank they enjoy and the freedom to seek information and share stories without being berated. For an aquarium manufacturer’s employee to tell a paying aquarist/customer that they “have no business owning a reef tank” over understanding and implementing a new product is simply uncalled for. Why, you might ask? Because my aquarist friend simply hung up the phone, boxed up the new device and sent it back to the retailer demanding a refund. Whoever made the product lost a sale and likely any repeat business (something most manufacturers bank on) but worse, an aquarist was unable to progress their own hobby, reach a new level of fulfillment because someone didn’t have the patience or couth to offer some help and keep their tongue on hold. Sadly, it happens in our hobby more often than it should and it robs aquarists of progress by making them feel inferior. To make matters worse, often when an aquarist reaches out to an online forum, technical support, or a supposed “expert” for advice, they are reaching the end of their rope. They desperately need help, not judgment and ridicule. Sometimes this prod or push from someone is enough to turn their aquarium into a garage ornament. 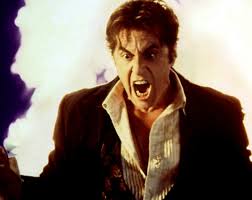 I don’t want to paint the hobby black. I have met far more extremely helpful, kind and outgoing aquarists than I have rude and belligerent ones. I have watched the reef community wrap around to support aquarists in times of severe disaster, helping their fellow reefers rebuild amazing systems. I personally have shipped frags, used equipment and fish off to aquarists in hopes of jump starting their passion for marine aquariums. The majority of reef keepers are great folks who wish nothing more than to lend a hand to those climbing up the ropes.

Sadly though, the nasty and vile small percentage of aquarists whom are quick to bite leave a lasting sting. For some reason they have come to believe that building a beautiful reef tank gives them a lease to tread over-top of others and lash out at anyone who doesn’t have a mental marine encyclopedia matching Richard Pyle’s. Whether it’s arrogance, ego or over compensation for a lack of length or girth remains unknown, but the effect is measurable. It pushes people away from the hobby, instead of inviting them in. 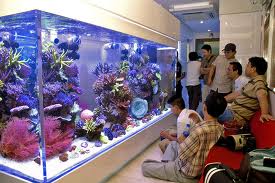 It’s as simple as this. Whether it is online, in a fish shop, at a conference or even a coffee shop, when you’re approached for help by an aquarist who hasn’t reached your tier in the hobby, show a little compassion and respect. No matter how much you know about reef aquariums, you don’t know everything and what you know now will likely be forgotten and re-arranged in 15 years. Reef keeping isn’t a game you beat, it’s a constant learning experience. From the soccer mom who just set up a nano-reef for her kids, to the guy being featured on some reef TV web series for creating a super tank, we’re all aquarists and we’re all in this together.