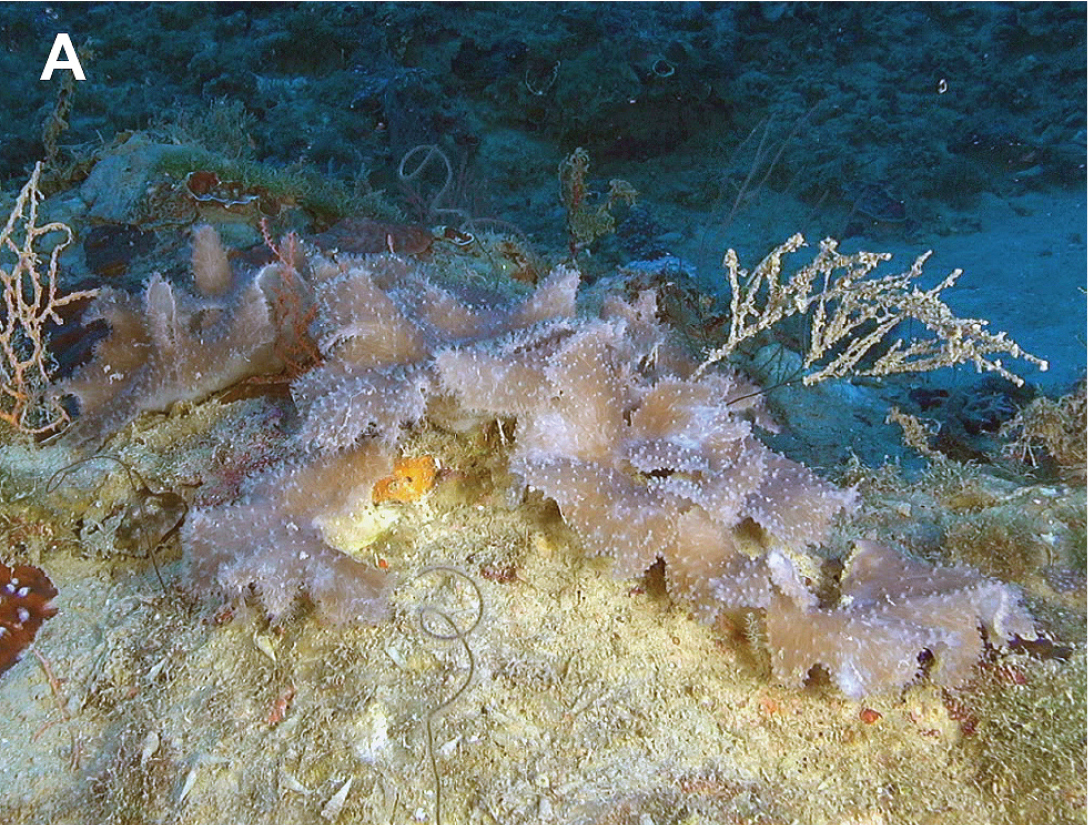 An exciting new species of leather coral was just scientifically described form the Red Sea, and it’s turning out to be unlike anything previously known from this diverse and popular group. Sinularia mesophotica was discovered inhabiting deep reefs in the Red Sea, and, while it’s overall shape is almost identical to Sinularia brassica—the popular aquarium species known as Cabbage Coral—the two are only distant relatives. 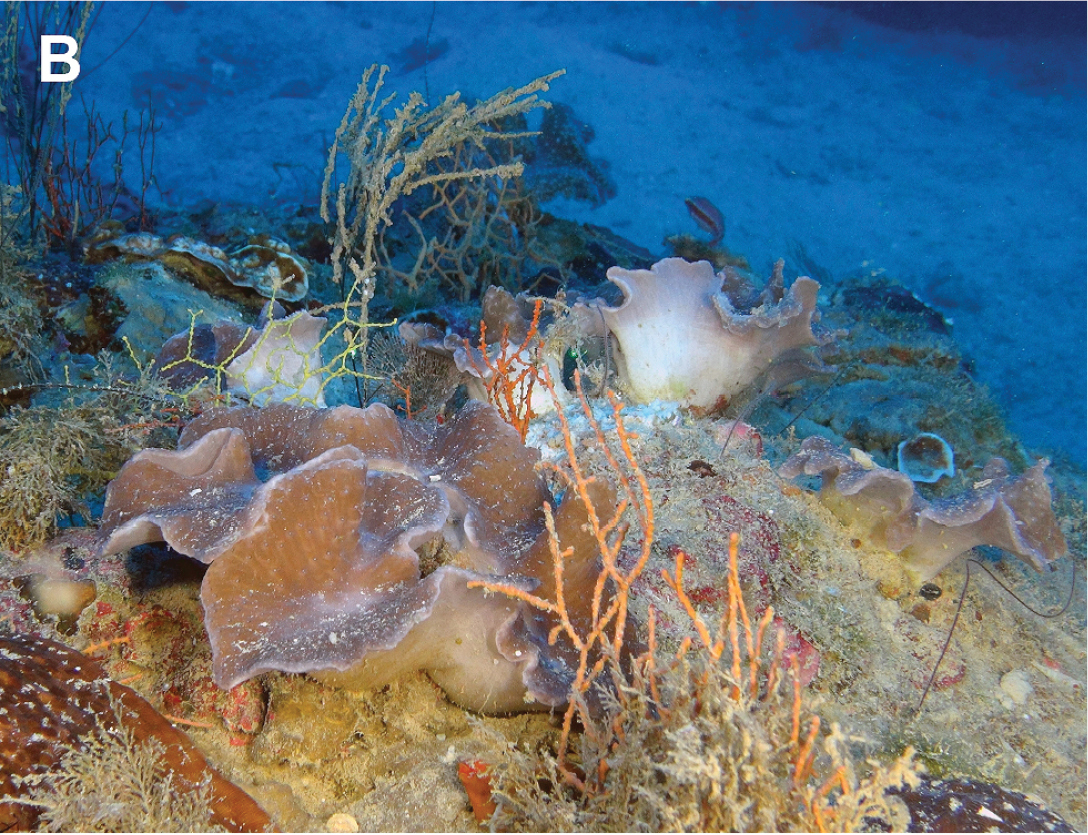 In fact, S. mesophotica doesn’t appear to be closely related to any of the leather corals which have been genetically studied thus far. It does have to be emphasized that Sinularia is still a very poorly understood genus whose true species-level diversity remains unclear, so it’s possible this new coral might have an unknown relative lurking somewhere in this group’s vast taxonomic morass. But, as it currently stands, this coral has been recognized as one of just six major clades in the evolutionary history of this genus. 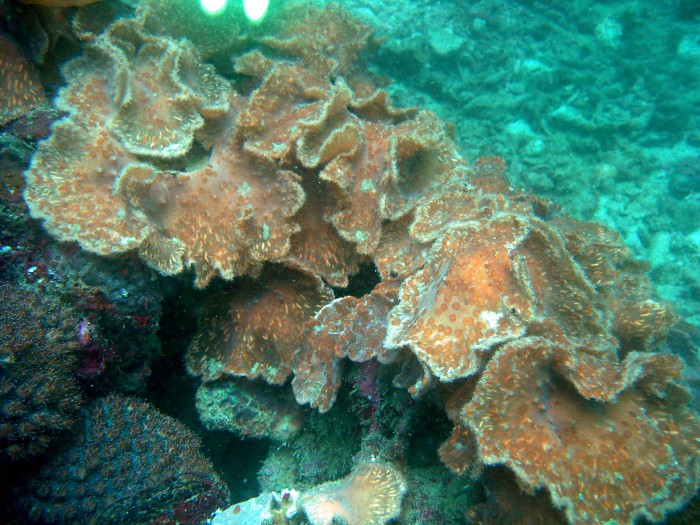 Only a couple other species share this flattened or funnel-like shape. One is the aforementioned Cabbage Coral S. brassica, which you’ll sometimes see classified under the name S. dura depending on the shape of the colony—fingerlike in brassica versus flattened in dura. Whether they are truly different species or not is unsettled, but, regardless, the Cabbage Coral occupies a unique evolutionary position as the sister group to all other members in the genus. It’s internal sclerites—the spindle-shaped rods of calcium which can be seen beneath or protruding from the tissue in leather corals—are fundamentally different from the superficially similar S. mesophotica. 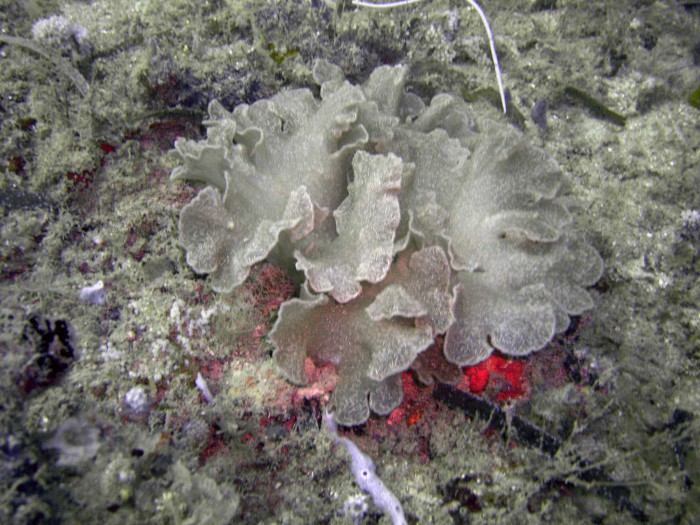 And the only other flattened species is S. lamellata. It too is a distant relative of S. mesophotica, with some subtle differences in its sclerite shape and arrangement. For most aquarists, correctly identifying these three similarly shaped species will be quite a challenge, though it’s unlikely that their captive care differs all that much. Alternatively, it could be that the low light conditions that S. mesophotica is adapted to might necessitate similarly dim conditions in an aquarium. But it’s still entirely unknown if this species occurs outside the Red Sea, as the study of deepwater Sinularia has yet to receive much attention. It’s quite possible that this “Mesophotic Cabbage Coral” is considerably more widespread than currently known and could perhaps be expected to occur in areas where aquarium collection takes place… but, alas, it seems a bit unlikely that any self-respecting coral collector would target such a somber and inaccessible species.