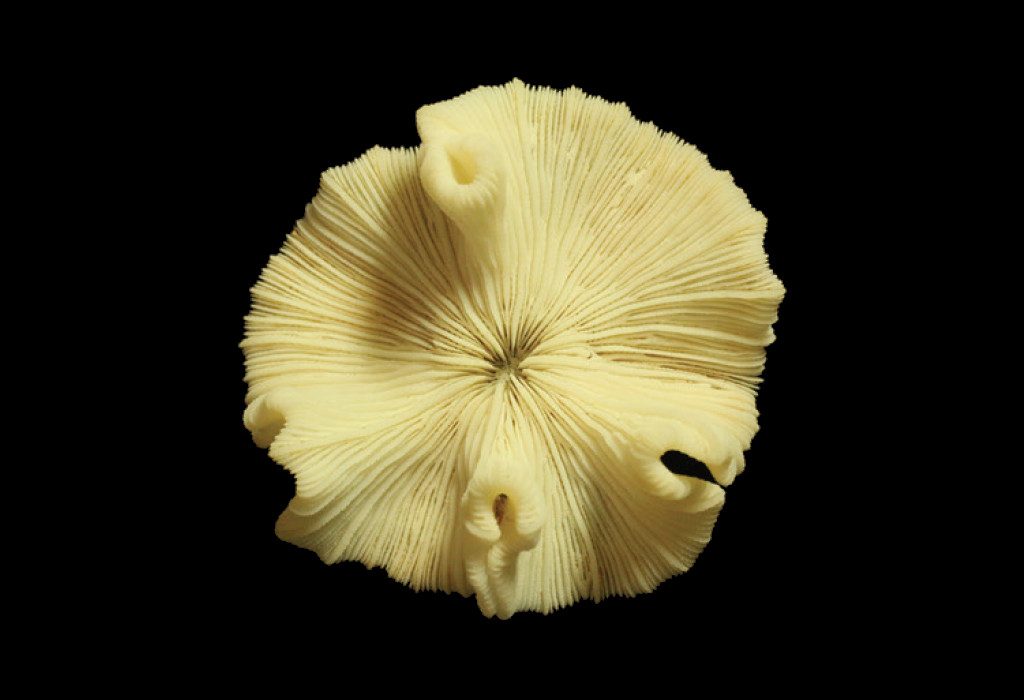 One of the rarest and most enigmatic of plate corals has just been recognized as belonging to a new genus. The newly minted Sinuorota hexagonalis has been known to science since the mid-nineteenth century, but it has up until now been treated as belonging to Cycloseris, and, previous to that, in Fungia. Both of those groups consist mostly of solitary, free-living polyps, so it’s easy to see where the confusion stems from, and it was only with the recent use of genetic sequencing that the true novelty of Sinuorota was finally appreciated.

Using a pair of mitochondrial genes for their analysis, Oku et al. 2017 found that this coral is about as distantly related from Cycloseris as a plate coral could be, and it’s possible that Sinuorota represents a particularly ancient lineage within the family (though this is not yet confirmed). At the very least, it seems that this species belongs to a very distinct evolutionary offshoot which doesn’t have any particularly close relatives. But it’s not just the genetics that are unusual, as the morphology of this coral is equally unique.

The scientific name is particularly informative. Sinuorota translates from the Latin for “undulating wheel”, which makes reference to the wavy edge which frequently (but not always) develops in large (<50mm) polyps. This trait is otherwise unknown from any other free-living plate coral, though it does appear somewhat similar to another uncommon species, Cycloseris curvata. These two are, however, easily told apart, as Sinuorota is flat in its center while C. curvata is dome-shaped. 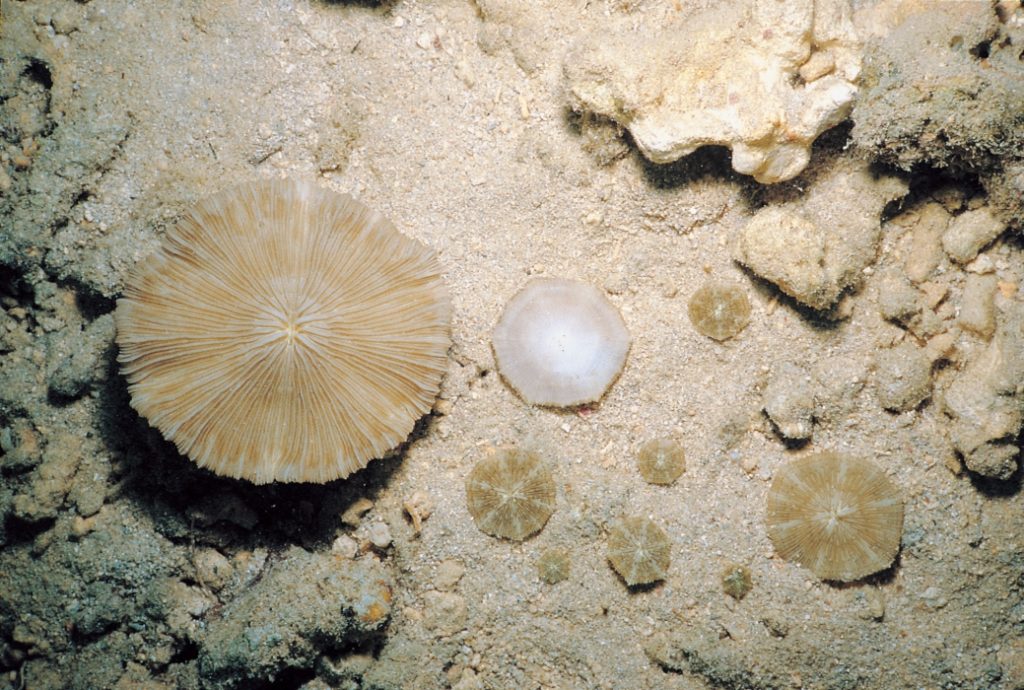 Another interesting peculiarity is the hexagonal outline of juveniles, which is alluded to in the epithet of this coral. Specimens under 50mm diameter are notably angular along their outer margin, but this disappears with age, eventually leading to a rounded polyp and then an undulating polyp.

Lastly, there are a couple subtle difference in the finer details of the skeletal morphology, and this is important for accurately identifying specimens, particularly those which might not show the adult or juvenile traits fully. 1) In larger specimens without obvious undulations, the septa irregularly protrude beyond the outer edge of the polyp, producing an uneven, crenulated appearance. 2) For those with a good microscope handy, the fine granules present on the sides of the septa are similar in size to the septal teeth, while in Cycloseris these septal granules are often much smaller.

The unusual shape of this coral might relate to the habitat it’s found in. Specimens have been reported from silted habitats in moderately deep (15-30m) reefs. Cycloseris are well-known for their ability to inflate their tissue when buried in sediment, enabling them to rhythmically pulse themselves free, but those tend to be dome-shaped species that are purposefully built for sloughing away debris. If anything, the asymetrical undulations of Sinuorota would seem to encourage the collection of sediment towards the central mouth. Perhaps this is a feeding strategy? Perhaps these serve some hydrodynamic function? Or perhaps they don’t serve any purpose at all?

One last little nugget of information, Sinuorota is one of just three fungiids known to reproduce through budding. The most familiar of these is Heliofungia fralinae, whose asexual colonies are occasionally seen for sale in the aquarium trade. The other is Cycloseris boschmai, which wasn’t recognized as a species until 2014. Whether or not S. hexagonalis ever finds itself collected for the aquarium trade remains to be seen. Weakly undulated plate corals are occasionally seen, but these are perhaps more likely to belong to Cycloseris, especially if the central portion is at all dome-shaped. Thus far, the only color Sinuorota is confirmed to come in is a rather dull shade of tan, making this a collectable for the true coral connoisseur.