Smallest seahorse in the US Gulf considered for protection 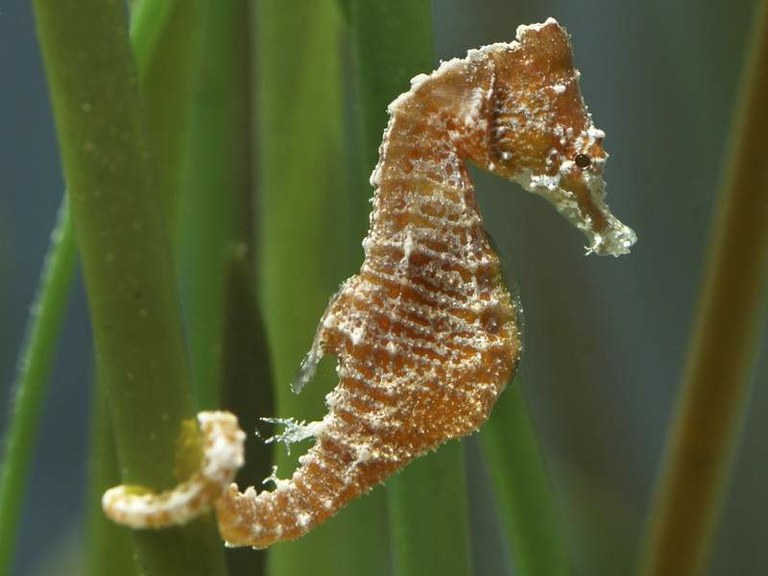 
The dwarf seahorse is the smallest of the four species found native in US waters measuring only one inch in length when fully grown. Its habitat is mainly seagrass beds in the Gulf of Mexico and these beds have declined since the 1950 and the habitat was further hurt by the BP oil spill in 2010.

The National Marine Fisheries Service has agreed to conduct a year-long study of the tiny seahorse to better understand its current state and whether or not H.zosterae needs protection by the Endangered Species Act.

“Oil spills like the one two years ago in the Gulf of Mexico exact a terrible toll on marine life, especially species like the dwarf seahorse that were already struggling to survive,” said Tierra Curry, Center for Biological Diversity conservation biologist. …

Dwarf seahorses — and other species of seahorse — are far too rare to make any conclusions, said Marine scientist Joel Fodrie. He said 200,000 individual fish caught over five years included only 60 seahorses of all kinds; at least seven of them were caught last year.

Let us hope that through intervention the population rebounds.