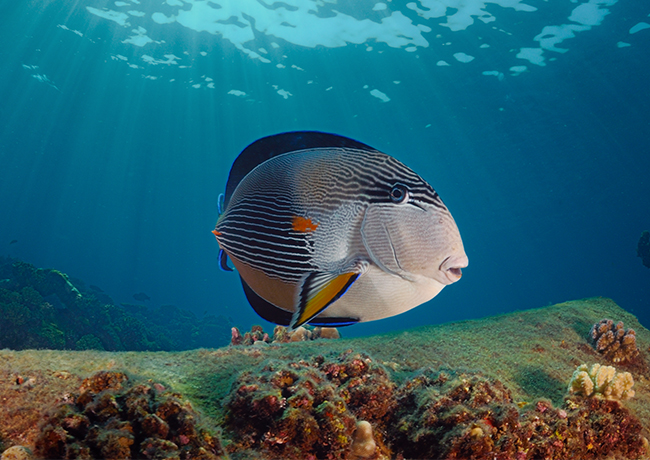 Acanthurus sohal, also known as the Red Sea Tang, Zebra Surgeon and Majestic Tang, is a stunner of a fish, but it can be quite a bully in the home aquarium when introduced to an existing collection. Here’s a little more about them in the wild. 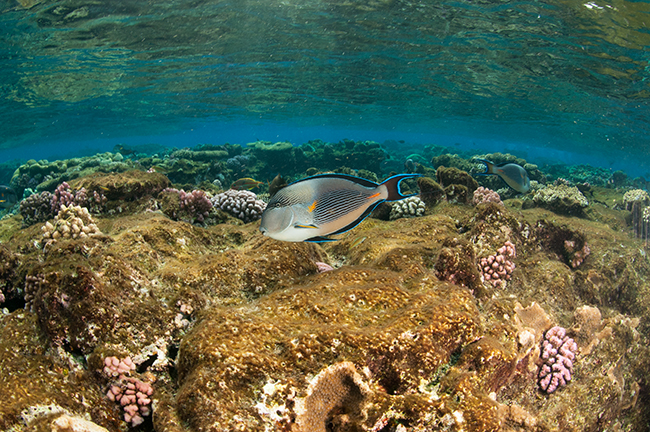 Grazing on algae in the shallows

Many scuba divers and photographers take very little notice of the shallow areas of the reef, for entirely understandable reasons.  You want to avoid the waves, you want to avoid getting washed onto the reef flat and well, you’ve got the ability to venture into the depths so you’re gonna use it!  Leave the shallows for the snorkelers! 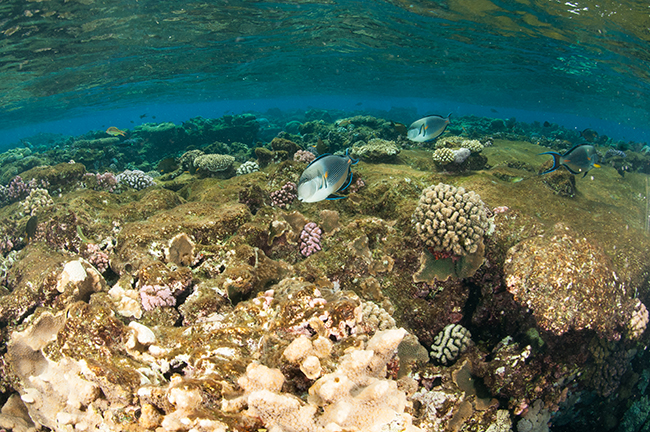 But with this fish, the snorkelers are the winners.  In my experience, the Sohal Tang is far more plentiful on Red Sea reefs than many people realize, due to the fact that they simply rarely see it.  I tend to find them in the top ten meters and when they’re feeding, which is most of the time – they’re tangs after all – they’re on the algae-rich surfaces of the reef flat, in waters so shallow they are sometimes the first to return when the tides allow and are in danger from fish-eating aerial predators such as Osprey (I have seen this happen, it’s quite a sight!).

For anyone wishing to keep the Sohal Tang in captivity, this is their habitat: shallow, oxygen-rich waters with plenty of wave and tidal action and an almost-constant supply of algae to graze upon.  More importantly, these fish have the ability to roam over large areas of the reef and absolutely must have a very large tank! 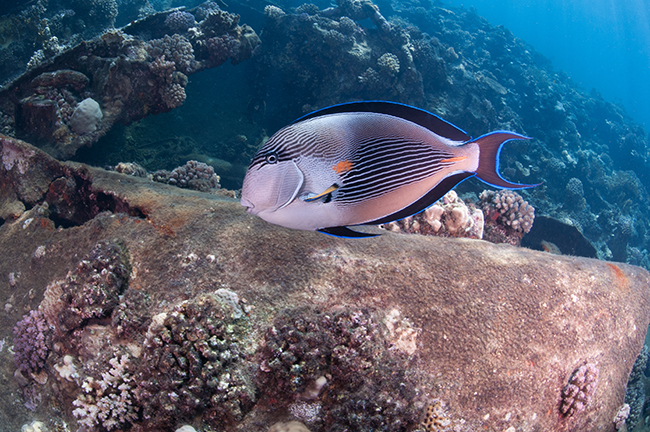 The fish behave differently when defending its territory and spawn; I was attacked by one particularly feisty fish, remember in the wild they reach fifteen inches and those ‘scalpels’ are very sharp! I have heard of people receiving nasty cuts from them.  In this case, the fish had set up territory on the bow of a shipwreck, at around fifteen meters, and was attacking anyone and anything that came near.  Trust me, these can be very aggressive fish!