Some common nudibranchs from the Mediterranean 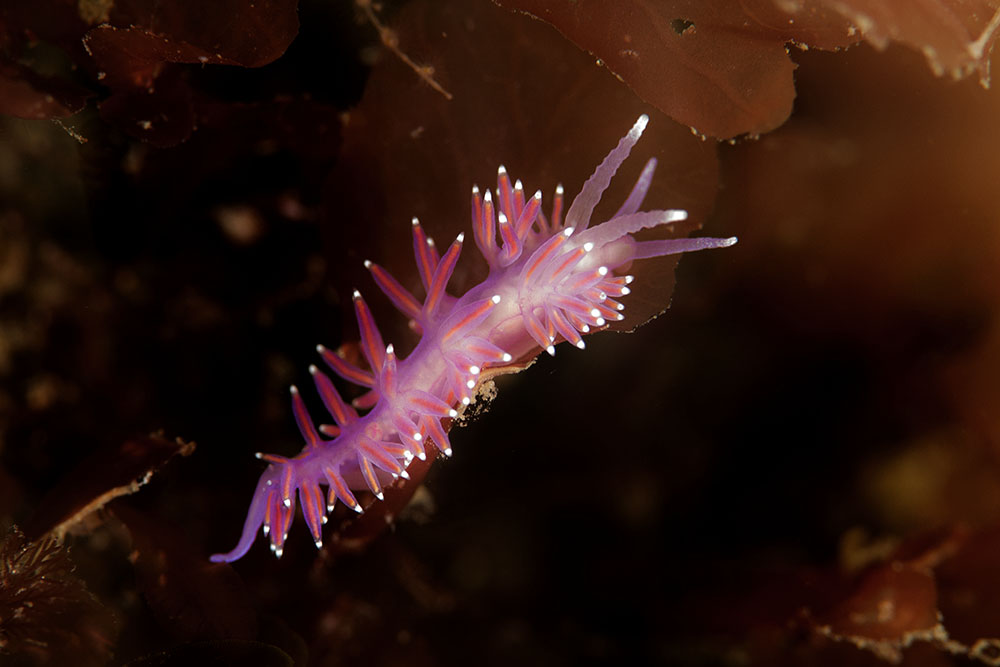 My final series of pictures from the Med features some of my favorite critters: nudibranchs. I’ve become quite obsessed by these little slugs which come in so many varied shapes and colors that seem to be infinite in their variety. Here are a few of the more common species.
One of my all time favorite nudibranch genera is Flabellina, for two reasons. The species I photograph in the UK and Mediterranean waters come in a range of amazing purple/violet tones, and they exist in such numbers that chances are that I’m always able to get a decent shot of one. 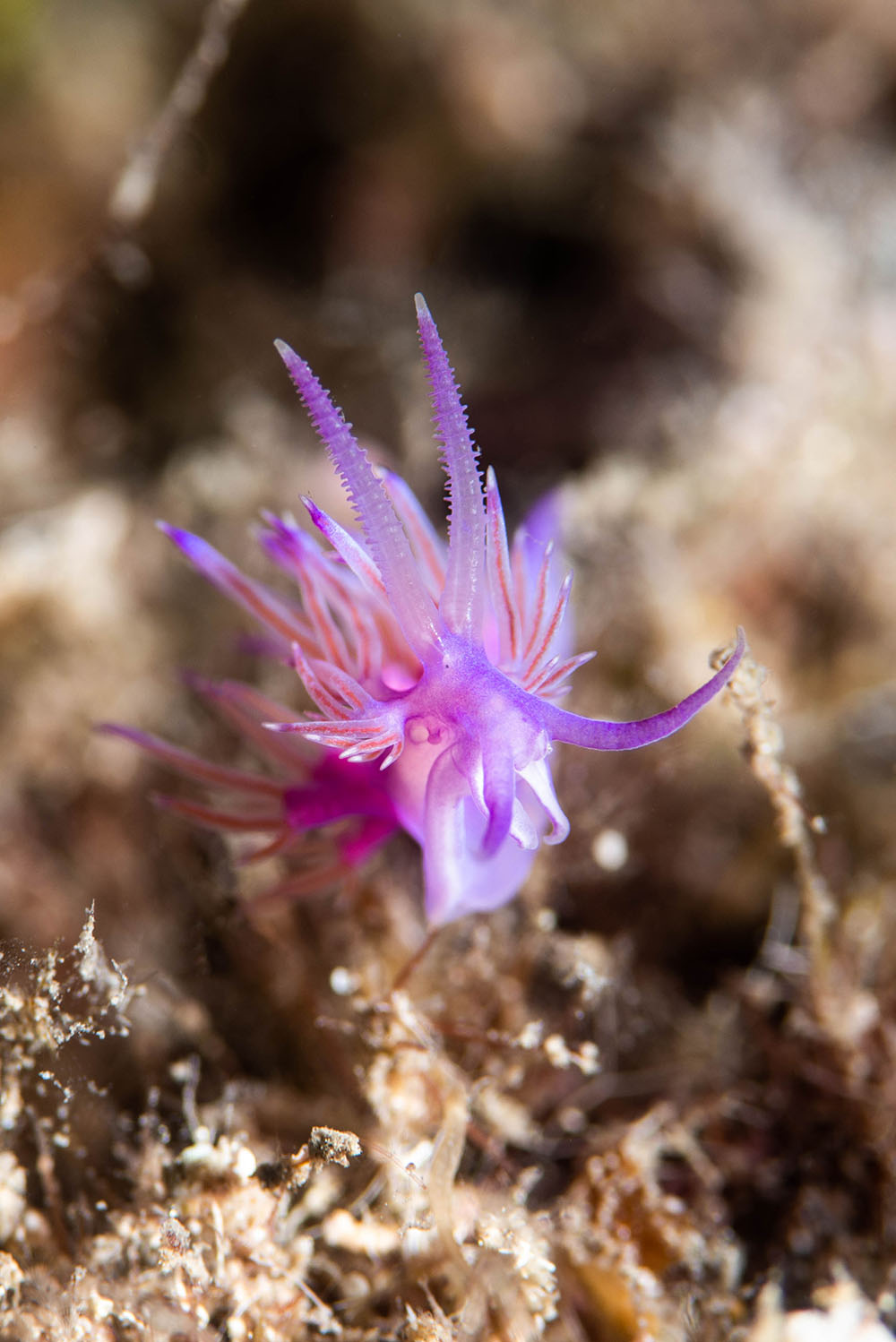 This animal, Flabellina affinis, is widespread in the Med and western African coasts. It feeds on a species of hydrozoan called Eudendrium. You can see I’ve managed to capture one of the animal’s light sensitive organs (a small black dot below the left rhinophore). 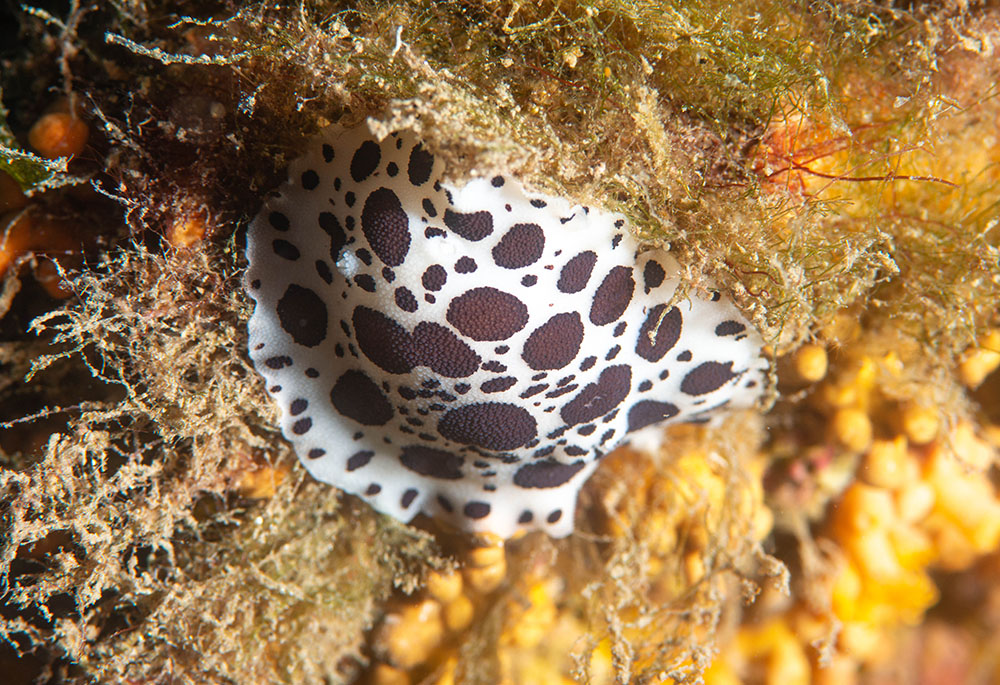 Looking entirely different is the Spotted Doris (Discodoris atromaculata). This species is different in color and form to the nudibranchs with skin projections (cerrata), but look closely and you can see the animal’s gills as well as a pair of the chemosensory organs, the rhinophores, at the animal’s front end. This species reaches around twelve centimeters and feeds on sponges. 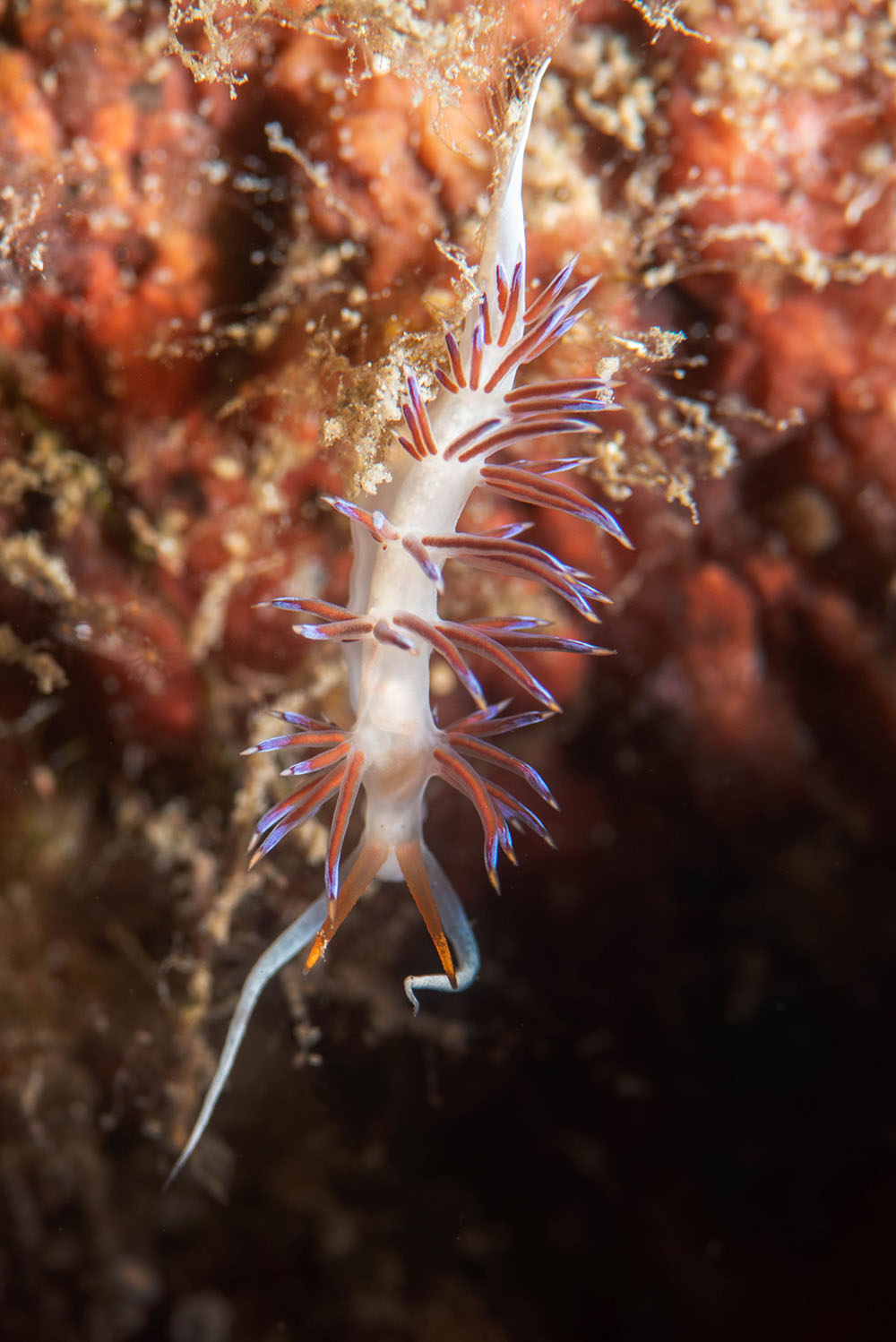 My final nudibranch, which on certain sites can be very common, is Cratena peregrina, the Migrating Aeolid. In this image you can see both of its eye spots at the base of its orange-tipped rhinophores.