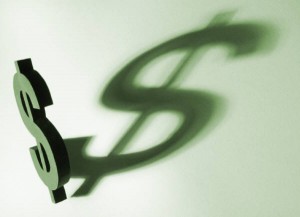 We all know things have been bad with the US economy for a while now.  Politicians and economists can argue where or not we are still in a recession, are in a period of stagnation, or headed into a double dip recession, but average Americans now things are simply not good.

It has been especially hard in the pet trade in general and the aquarium business in particular.  As much as many of us love our pets, this business is dominated by discretionary spending.  If someone does not have enough money to pay their mortgage, they are unlikely to be spending any money on their animals.

Look around and one will see local aquarium forums overrun with hobbyists getting rid of their setups and selling everything for pennies on the dollar.  They either can’t afford it anymore or are planning to relocate for work and are not taking the aquarium with them.

But, I did just read about a few bright signs.  In the October 2011 issue of Pet Age, they reported earnings for Central Garden and Pet as well as Spectrum Brand Holdings.  For those that don’t know, Central Garden and Pet owns aquarium companies such as Kent, All-Glass, Oceanic, Aqueon, Coralife, and Tropical Fish Hobbyist magazine.  Spectrum Brands Holdings has a division called United Pet Group, which owns aquarium brands such as Tetra, Perfecto, Aquarium Systems/Instant Ocean, Marineland, and Jungle (which is a convenient fact to know if you want to win yourself an LED light fixture at MACNA, thanks UPG!).

While these figures represent their entire pet divisions and both companies own dog, cat, bird, small mammal, and reptiles companies as well, any good news is welcome news in my opinion.