Some Sea Slugs Shown to be Surprisingly “Smart” 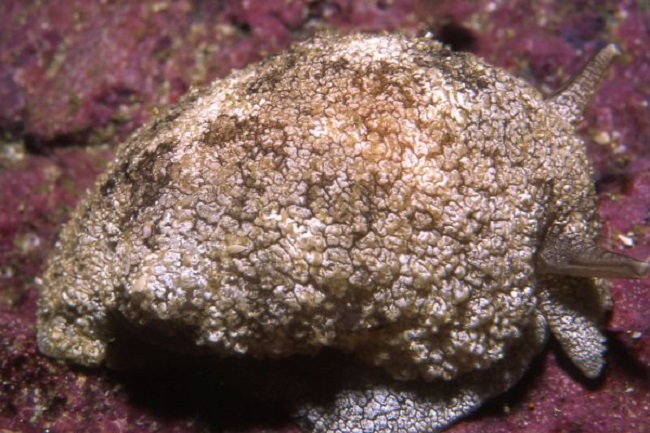 Nudibranch sea slugs are known for being feeding specialists, sometimes eating only a single food item. The predatory Pleurobranchaea californica is a big exception, as it will try just about any food item once.

P. californica occurs in deep waters off the western U.S. coast. Like other sea slugs, it has a relatively simple nervous system and a small range of behaviors; as such, it would be pretty easy to assume that the species has little capacity for learning, particularly with regards to food selection. However, findings from research described in the Journal of Experimental Biology suggest that despite being a generalist feeder, P. californica is quite selective—albeit on a case-by-case basis—in its food choices. This selectivity is driven not solely by instinct, but by the sway of operant conditioning.

Studies of the slug’s feeding habits were carried out after a chance occurrence observed by University of Illinois molecular and integrative physiology professor (and research paper author) Rhino Gillette. One day, while entertaining a visitor to his lab, Gillette offered to feed a live Spanish shawl (another nudibranch species) to a P. californica specimen he was keeping. As expected, the predator advanced towards its prey. But, after taking a bite and getting stung, it turned away to make an avoidance turn. Gillette took the Spanish shawl out of the tank. Then, out of curiosity, Gillette returned the Spanish shawl to the tank with the P. californica. Most unexpectedly, as the predator detected the presence of its prey, it abruptly turned away to make an avoidance turn. Gillette was stunned.

The Spanish shawl, Flabellina iodinea, only eats a particular species of hydroid. It digests the hydroid’s entire body–except for its stinging cells, or nematocysts. The slug transports the nematocysts to the upper surface its body, where they are employed in the slug’s defense. Gillette’s P. californica was clearly deterred by the Spanish shawl’s defenses; that much was clear and not so surprising. What was remarkable about the interaction was the predator’s subsequent avoidance of the would-be prey. Says Gillett, “I had never seen that before! We began testing them and found that they were learning the odor of the Spanish shawl very specifically and selectively.” But even after encounters with the stinging prey, the predator would unhesitantly attack an unstinging species closely related to Flabellina called the opalescent sea slug, Hermissenda crassicornis.

Gillette explains, “finding this highly selective type of learning enlarges our perspective of function, in terms of the animal’s ability to make cost-benefit decisions that place it on a rather higher plane of cognitive ability than previously thought for many sea slugs.” In simpler terms, Pleurobranchaea spp. (and maybe all nudibranchs) are not nearly as simple as they were previously believed to be.