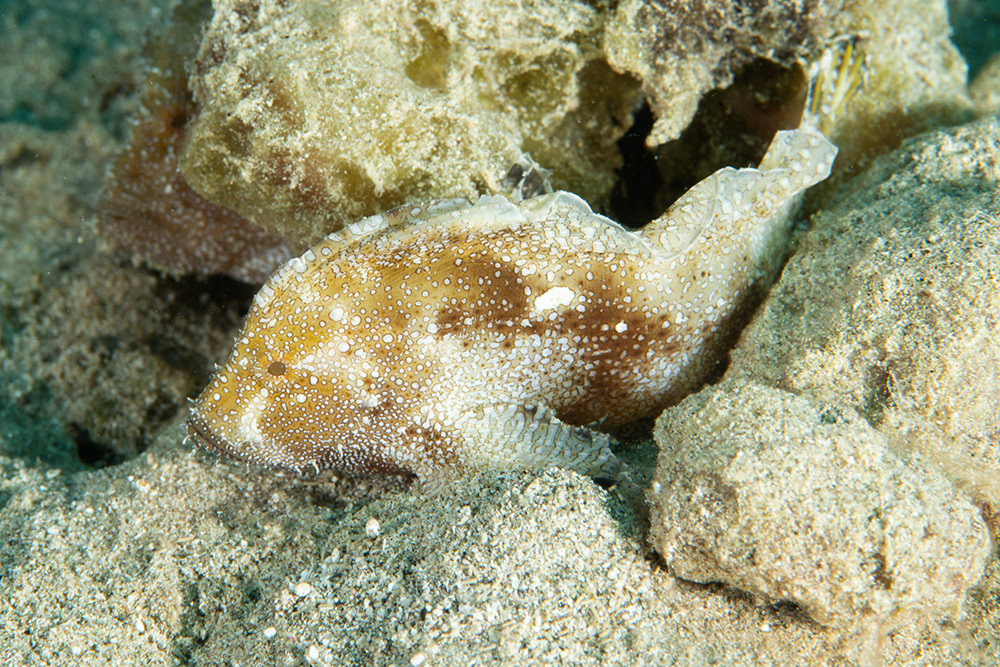 As an underwater photographer and general fan of quirkiness in the fish world, I really enjoy finding the oddities.  There’s also a real thrill in finding the weird fish, that have evolved quite interesting and often elaborate camouflage to go along with their lifestyles.

The first fish on this list is this rather wonderful relative of the scorpionfish.  This marvelous creature is the Crested Velvetfish (Ptarmus gallus), a Red Sea endemic that spends its days on sand or rubble.  This was the only specimen I have ever found, despite looking for them, until, and many minutes of shooting later, I finally noticed that this fish has a partner, look carefully and you’ll see it to the top left.  Whilst this is a quirky fish, it is not as odd as the Little Dragonfish. 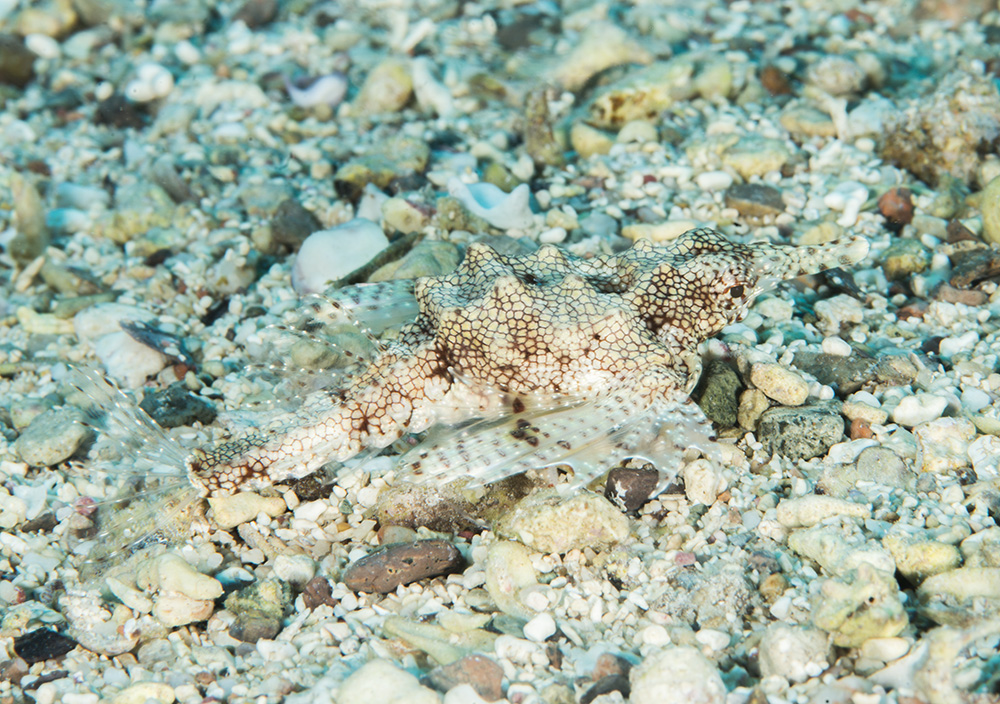 Eurypegasus draconis is another fish often seen in pairs, and again, usually on sand.  It is very, very hard to find and a whole dive can be wasted looking for them.  The Sea Moths (Pegasidae) are fairly distant relations of the seahorses and you might perhaps be able to see something of a family resemblance. 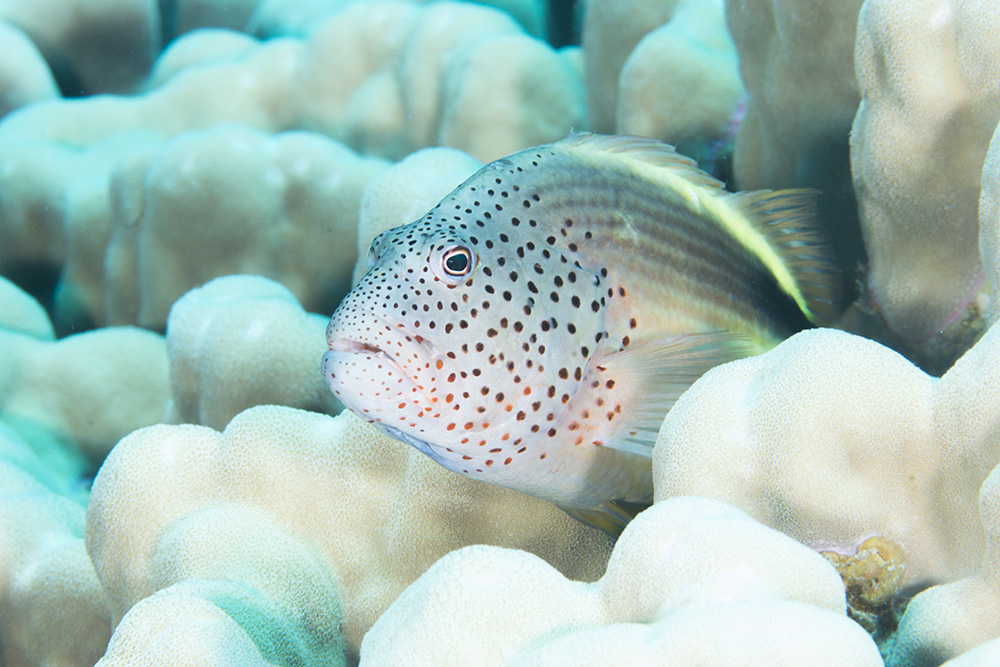 Much less odd, in fact fairly normal, is the freckled hawkfish (Paracirrhites forsteri).  I’m including this fellow as it comes from a group of fishes which strongly rely on their camouflage to capture prey and to avoid predators.  Whilst this specimen is easier to spot than most, they’re quite hard to see when resting up in an acroporid coral which has more structure.

Of course, camouflage is even better if you partly bury yourself in the substrate and these two flounders do just that.  Again, they are very hard to spot and I have often been spooked by them, when photographing something else and a small section of seafloor appears to swim away. 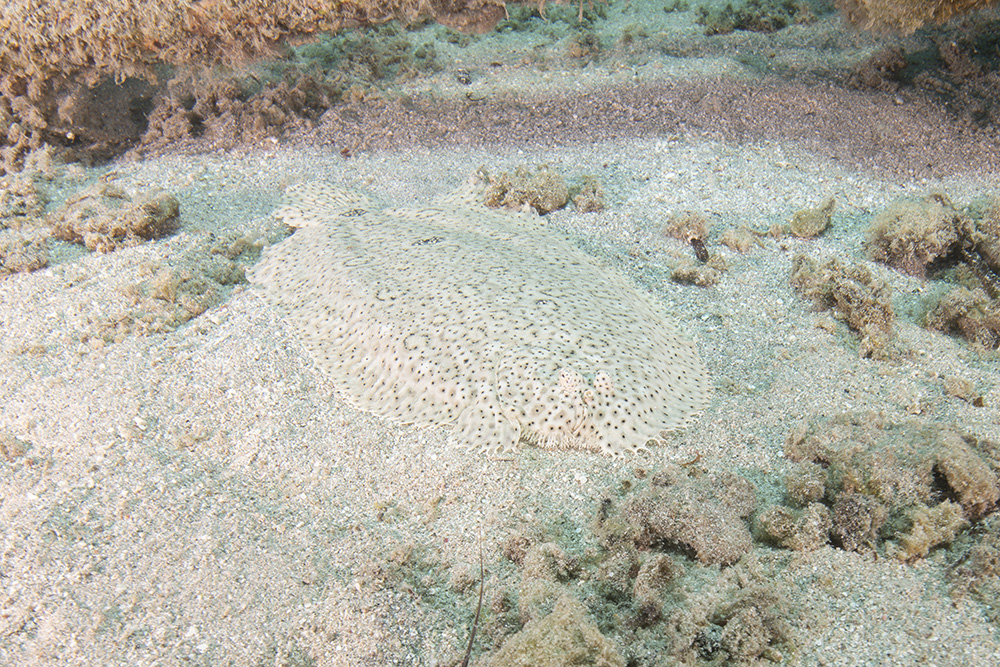 Pardarchirus marmoratus is often totally buried, save for its eyes. 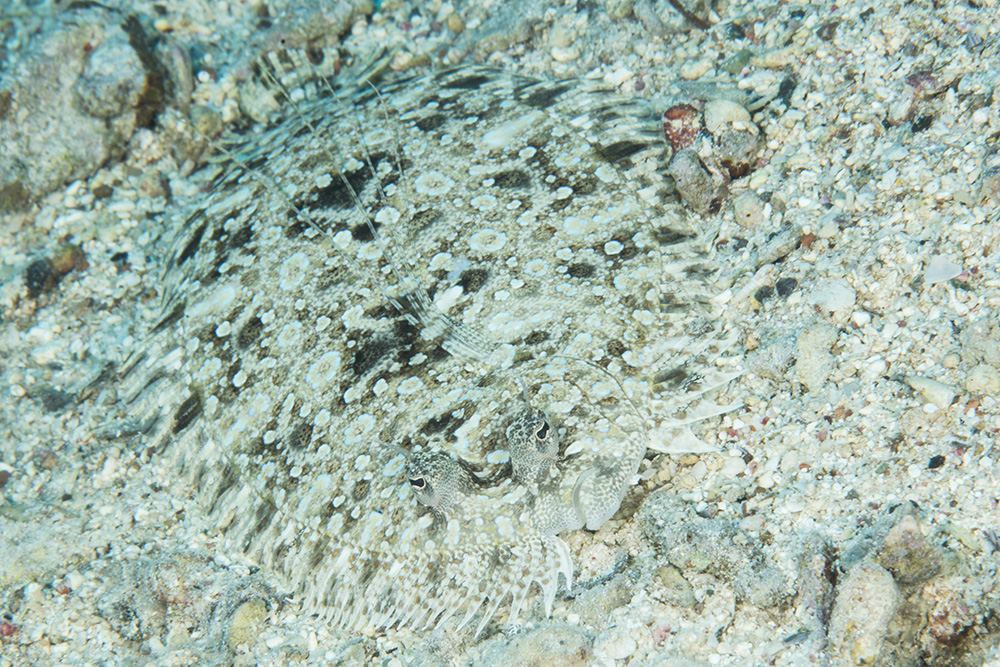 Bothus pantherinus is a widespread species. According to one source the enhanced pectoral fin is used in courtship, but could it be used as a lure also?

Second to last on my list is another fish which spends much of its time buried.  This is the marbled snake eel (Callechelys marmorata).  These odd fish can reach over eighty centimeters and are rarely seen swimming.  When they do, they are often confused with sea snakes.  This is even more the case with the banded snake eel Myrichthys colubrinus which resembles the banded sea snake. 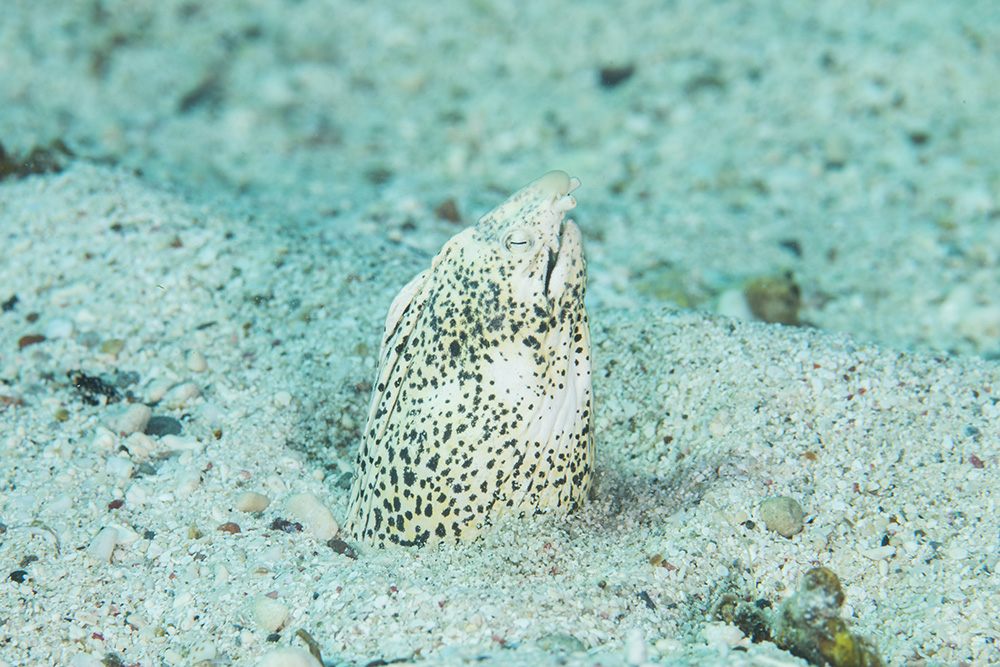 Finally I have Synodus variegatus, a type of lizardfish that at best can be described as plain in appearance.  These fish spend a lot of time in the open compared with their relatives.  They are often in pairs, so are often seen in images when two fish are needed, instead of a lonesome specimen. 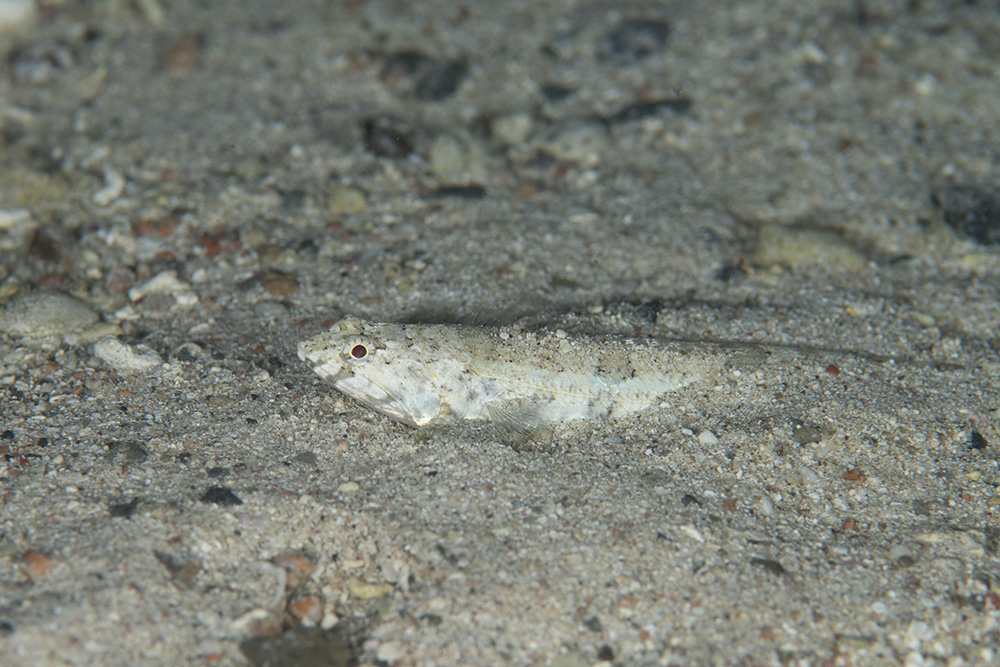