Check out this fantastic new video from Rich Ross.  He has been working at the Coral Restoration Foundation‘s coral nursery in Florida with a team of scientists to better understand Acropora Cervicornis sexual reproduction, with the goal of saving this important coral species.  At 10:30 last night, he, along with scientists from the Florida Aquarium, California Academy of Sciences, Smithsonian, SeaWorld, Akron Zoo, University of Florida, SEZARC, and Coral Restoration Foundation, observed the IUCN Critically Endangered coral spawning in the Florida Keys. So far,the team has been able to collect over 200,000 eggs; most will be used used in cryopreservation research and fertilization studies, and remaining eggs will be monitored for development, with the hope that someday, the new genetically-diverse corals could be returned to the reefs. 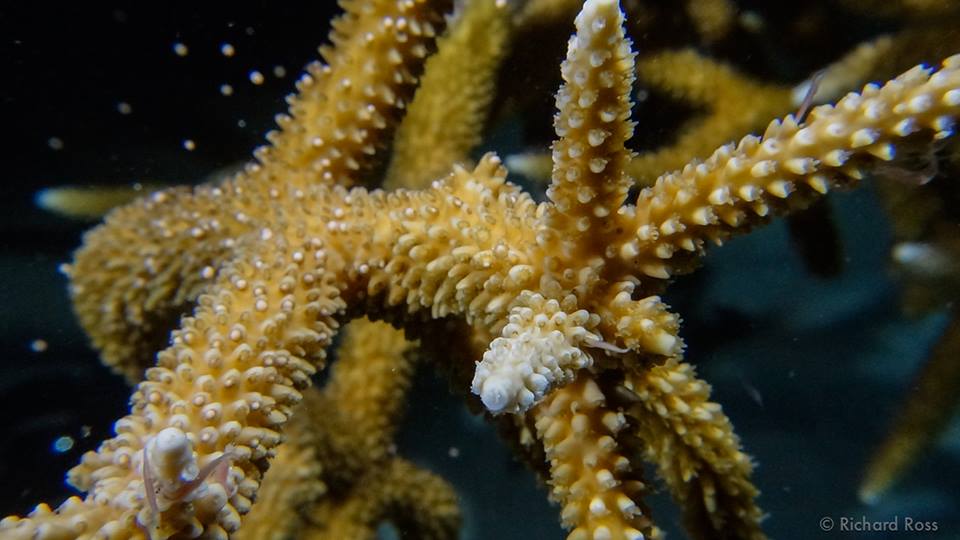 The scientists involved agree that this was one of the most successful coral spawning events at the site, not only in terms of the amount of eggs recovered, but also from the number of individual corals that spawned. The coral being studied, Acropora cerviornis, only spawns once a year, 4-5 days after the full moon in August. By some estimates, all coral populations in the Florida Keys have been diminished by over 90% in the past few decades. Without the knowledge, dedication, and hard work of the scientists from all of these institutions, it would have been impossible to have collected and preserved the samples and performed the science that is crucial in saving this species.