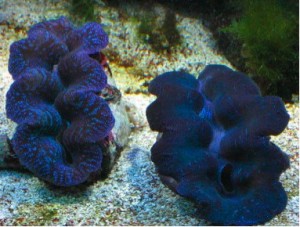 Tridacna crocea is the smallest known species of giant clam. Because of its manageable size and remarkable color patterns, Tridacna crocea has become quite popular among aquarists. In lieu of this species’ popularity, an effort to aquaculture these clams has been made. This intricate, multi-step process begins with spawning. 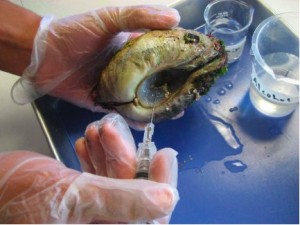 Moments after the injection, the clam will begin to release sperm through its excurrent siphon. 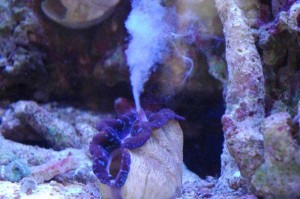 Several minutes later, the clam will no longer release sperm, and begin releasing eggs. This is possible, because Tridacna clams are simultaneous hermaphrodites; they possess both male and female gonads as adults.

Although the majority of Tridacna available to aquarium hobbyists are collected from the ocean, there is likely to be a shift toward aquaculture as we continue to investigate their biology.