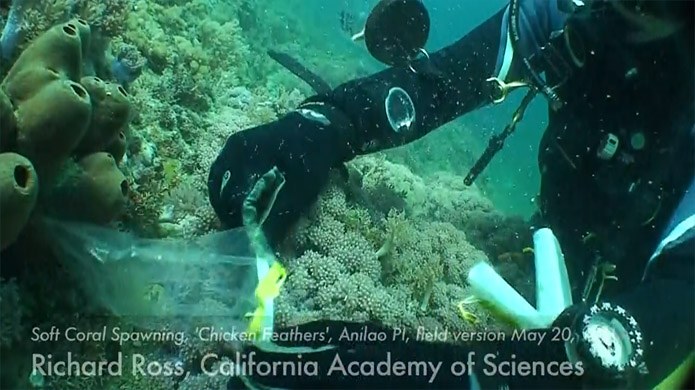 
On May 8, Richard Ross announced in Advanced Aquarist that Steinhart biologists were heading out into the field for “the most comprehensive scientific survey effort ever conducted in the Philippines.”

On their very first day of their expedition, Steinhart aquarists chance upon an Acropora spawning event and reported back two wonderful videos from their night dive (read Matt Wandell’s blog to watch the videos and to learn more about the SECORE (SExual COral REproduction) gamete-collecting initiative).

We now get word the team has produced yet another video, this time of soft coral spawning.  The video shows biologists collecting soft coral gametes.  These gametes will be carefully held until they are fertilized and ready to settle in captivity.  Watch the video below.

We eagerly await reports from the Steinhart team when they return.  Great work, guys!