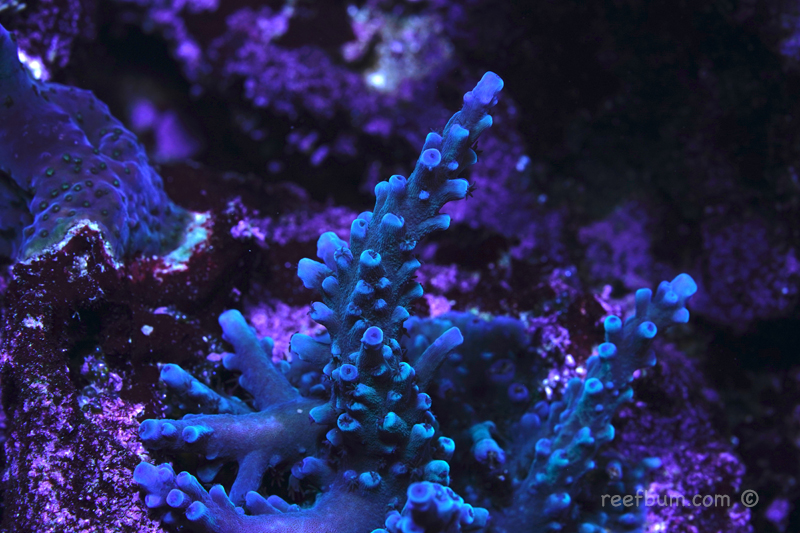 The Oregon Blue Tort is perhaps my favorite SPS coral. The blue color of a “true” Oregon Blue Tort is so vivid it makes you wonder whether it was injected with an artificial blue pigment. Mother nature has blessed this coral and as such it is a much sought after addition for many SPS collectors.

The Oregon Blue Tort, which is an Acropora Tortuosa, has an interesting story behind its lineage. I bought my first Oregon Blue Tort from Rick Souta who was in Oregon and sold frags online at Reefstuff.com. As the story goes, Rick acquired his frags from Travis at Upscales who had picked up a frag from Shaun Monahan, who was the founder and original owner of Waves in Portland MORE