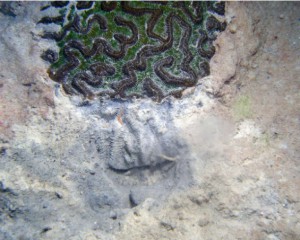 The negative impact of sedimentation on the health of hard corals has arguably reached “common knowledge” status in our hobby community. The valiant efforts and sometimes spirit crushing observations of folks like Colin Foord and company have brought sedimentation to the forefront of what we see occurring in the environmental engineering and reef health crossroad. And I personally want to use this platform here to applaud the efforts going on right now in South Florida, my true and beloved home on this Earth.

There is a catch. For all our ex post facto observations of a long-term negative effect on coral systems by sedimentation, specific observations of the immune responses occurring in corals had never been made until now, according to new research published in the journal Coral Reefs by first author Christopher Sheridan, from the University of Mons, Belgium, with other institutional, and external collaborators from Plymouth University, UK, Ben-Gurion University of the Negev, Israel, and Nanyang Technological University, Singapore.

Sheridan et al. utilized a hard coral species previously noted for susceptibility to sedimentation, Montipora patula, and examined the immune response of the coral when exposed to suspended, sterilized sediments, originally collected from runoff-prone Madagascan reefs. The corals were exposed at rates expected for said reefs during the rainy, high-runoff season.

The workers found that the corals exposed to sediments for 24 hours initiated an unambiguous immune response: production of the enzyme phenyloxidase raised the concentration thereof within coral tissues to three times control levels. Phenyloxidase production is the quantifiable and initializing step in the melanin pathway immune response. Intermediate chemical products that occur in this pathway, as the coral makes melanin, are toxic to the cells of potential pathogens, and help to prevent damaged coral cells from becoming infected by opportunists. Melanin, as an end product, acts as a barrier in protecting physically damaged tissues.

So, sediment acts as a particle specific enough to initiate an immune response in a stony coral. The wildness doesn’t stop there. Sheridan et al. also examined the depletion of energy reserves, in the form of non-polar (energy reserves) to polar (structural) lipid ratios in the Montipora coral tissues as the colonies wage their defense against sedimentation. Consider than mucus production and shedding are a particularly heavy burden energetically. Unsurprisingly, the ratio of energy to structural lipid types was six times lower in corals exposed to sediments versus the control group, pointing to a drastic and rapid loss of energy stores.

The big picture, take home message here is that stony corals are capable of not only recognizing completely sterile sediment particles as foreign materials, they recognized them in such a way that an immune response was triggered to protect and allow repairs to coral tissues. The responses here come at a tremendous cost of stored energy in the coral reserves. It is not a stretch to hypothesize both of these results could have longer term effects (death?) if relief from sedimentary stress does not come about in a timely fashion.

Speculate as you wish on how this relates to sandbed stirring and other means of introducing fine particulates to coral tissues.