The strange life of the Pilot Fish 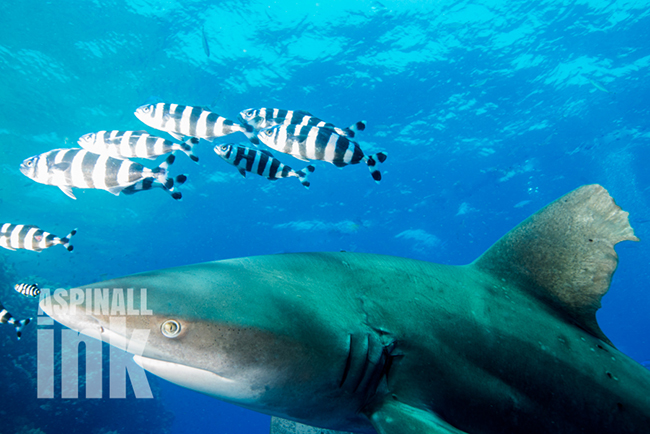 Over the years I’ve been fortunate to swim with a number of shark species.  I recently spent time in the company of two Whitetip Oceanic sharks – these beautiful animals are quite inquisitive and as you can see, they got a bit close.  Back home, as I worked on the images, I found myself wondering about those Pilot Fish; what kind of life do they have? 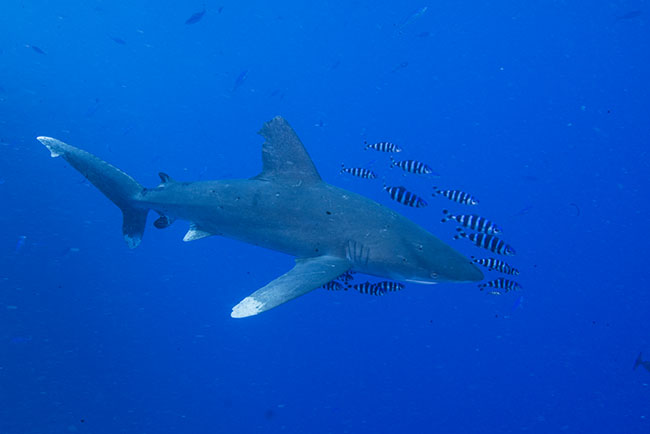 My first question was: ‘how do they find a shark to swim in front of?’  Well, they don’t just ride around in the bow waves of sharks, but will associate with a  number of large animals, from turtles to Mola mola (Sunfish), though they start out by hanging around much slower animals such as jellyfish, before graduating to larger animals as they mature.

Pilot fish are of benefit to their companions, as they eat skin parasites.  They also eat bits of food left over after their ‘host’ animals’ meals, so the relationship is a mutualistic one.  Presumably, the Pilot Fish is also safer swimming a few inches in front of  shark than it would be otherwise.

I did come across one reference in a book published in 1832, that includes the lines:

“The beautiful little fish called the pilot-fish, which always accompanies the shark, has been known to follow a ship for six weeks after the shark to which it belonged was taken!” 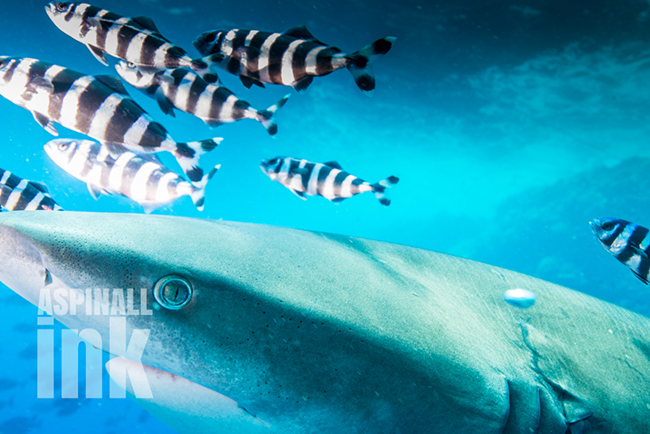 One thing that did surprise me when I started doing my research for this post was the fact there there is only one species of Pilot Fish, Naucrates ductor.  It sits within the Carangidae family, which includes Jacks and Trevally.  I had expected there to be a few related species that shared the same lifestyle.

It was once believed that the fish lead its large companion towards food which may be one reason for the name.  Another suggestion is that the fish was said to appear around the bow of ships as they approached harbor and piloted them back to port.