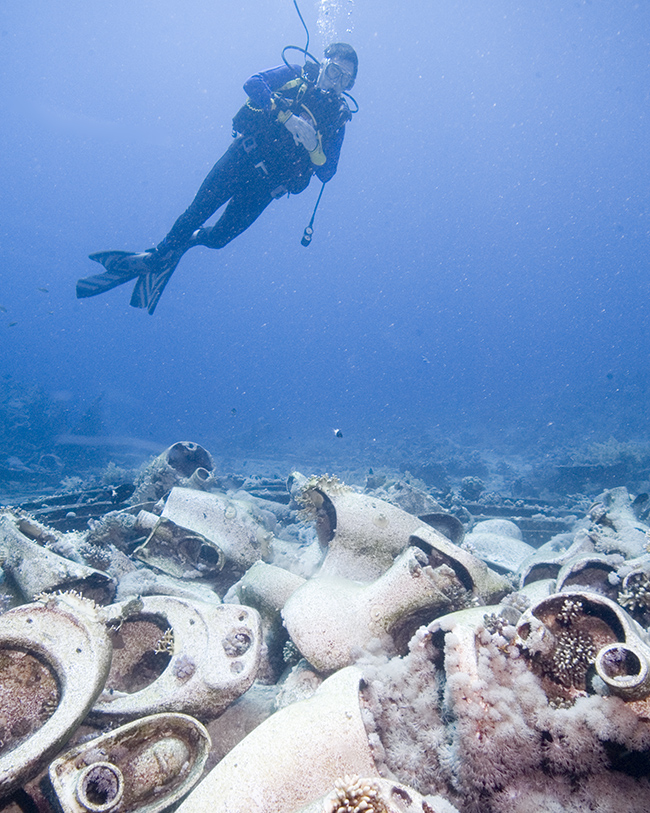 The wreck of the Yolanda

Humans have been chucking things into the water since…well, possibly since before we were humans.  Until the last few millennia though, most things just rotted away.  The odd jawbone from an ox, stone tool or the remains of Ogg from the tribe next door haven’t amounted to a great deal.  But it takes modern humans to really set about littering the ocean with gusto.  Here’s a few odd things I’ve come across:

Carrying bathroom fittings, the Yolanda (pictured above) ran aground onto a rather nice patch of coral on the tip of the Sinai Peninsula.  The wreck itself has fallen to greater depths, but her cargo, including the remains of an old BMW, is still to be seen.

Her contents included a great number of what we in the UK call a ‘lavvy’.  At least one convenience has been set upright to allow sillier divers to pose as if they were ‘enjoying an easement’.   This then provokes other divers to complain.

A ship named the Thistlegorm was stuffed to the gunwales with war-time materiel when it sunk in 1941.  Her sinking also cost the lives of nine men, so no jokes to be made about this one.

She was carrying two steam locomotives like this one: 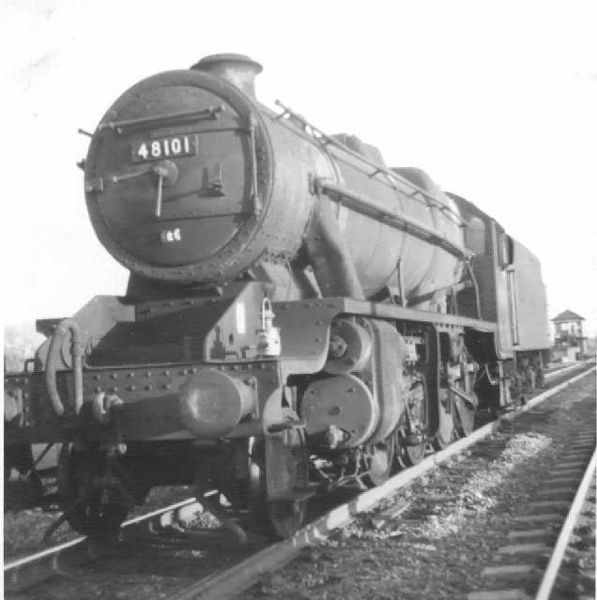 Both were blown from her deck and sit right-side-up on the sea floor at over thirty meters.  They are great subjects for photography and make for quite surreal dives. 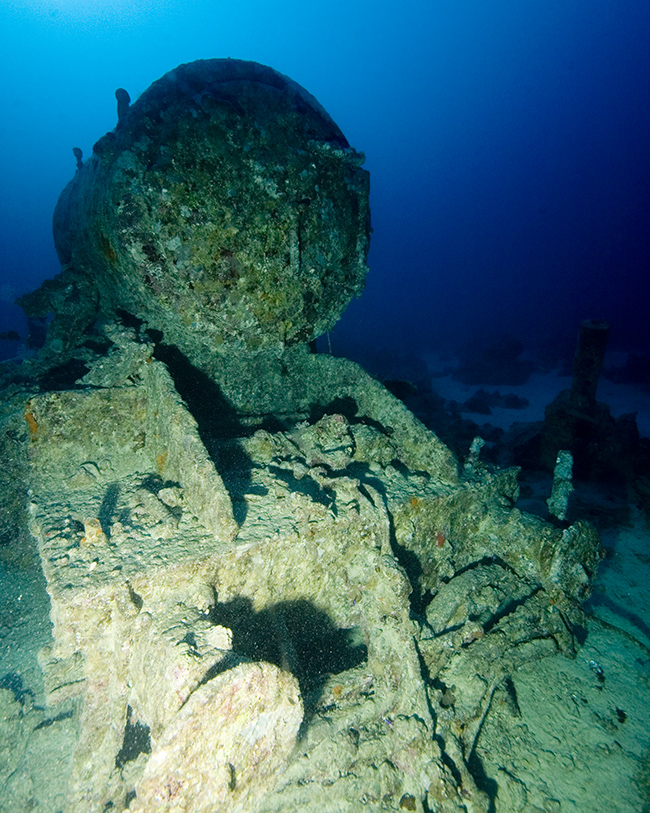 Associated with a nearby wreck, this Isolated Propeller on a Red Sea reef is unusually sat upright and while it’s normal to see props on shipwrecks, this one is sited quite some way from the wreck, in a pristine coral garden.

I think that, of all the junk in the ocean, this is one of the nicest and could even pass for a sculpture. 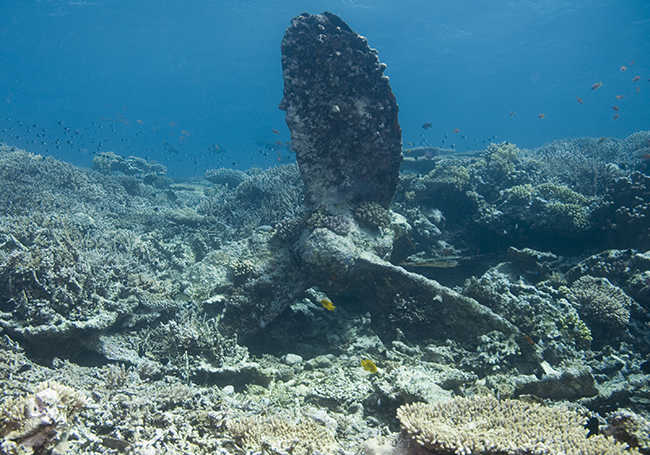