Striped Eel Catfish – Cool but best left in the Ocean? 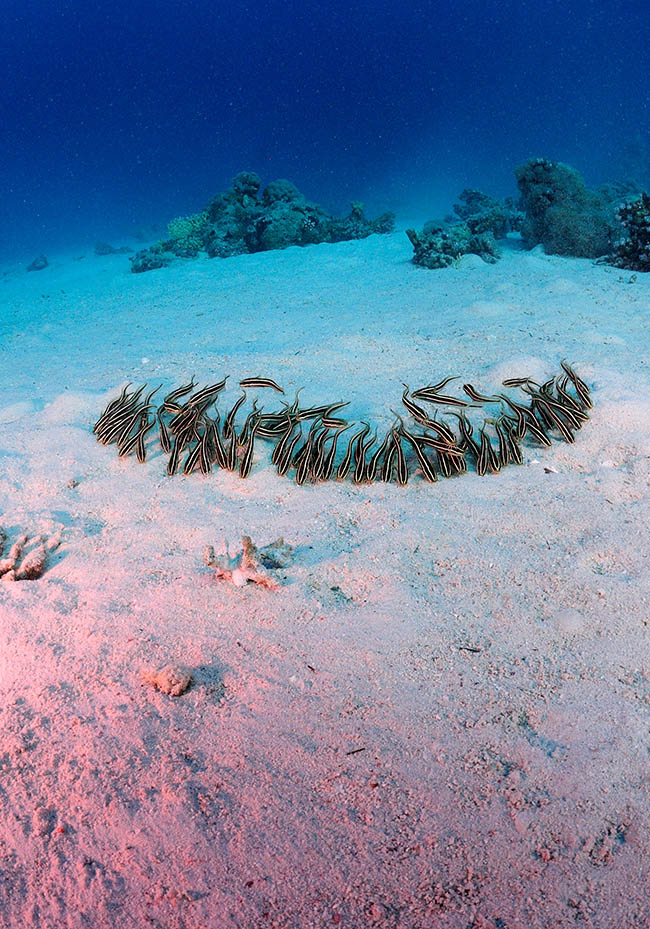 The Striped Eel Catfish (Plotosus lineatus) is an exciting animal to encounter underwater and one of the few catfish that have evolved to be able to inhabit salt water. There are, however, several species of plotosus that can handle brackish conditions in lagoons and estuaries.I photographed this small shoal in the Red Sea. It is truly amazing to see how the shoal moves, it is reminiscent of a single animal roaming across the reef. While feeding, the fish spread out, but when sheltering or responding to a threat, the individuals group more closely together to resemble a larger, single organism.

P. lineatus is available from fish stores and is admittedly attractive, but this attractiveness is short-lived, as it grows into a dull twelve-inch long brown fish that is far harder to love and is likely to spend its days lurking under your rockwork. I suggest you leave them in the store.

P. lineatus is sometimes marketed as a useful aquarium scavenger, using its barbels to detect organic detritus in the substrate; I would suggest though that it can also use its electro-sensitivity receptors (along with its sophisticated olfactory sensors), to remove useful and beneficial life from sand beds, but in a large tank it could be useful. Sadly though, you’re never likely to keep more than one, so you will miss their shoaling behavior as juveniles.

P. lineatus is also venomous and that venom has been described as being as painful as that from lionfish. Its venom is delivered through its pectoral fin rays and the first ray of the dorsal. 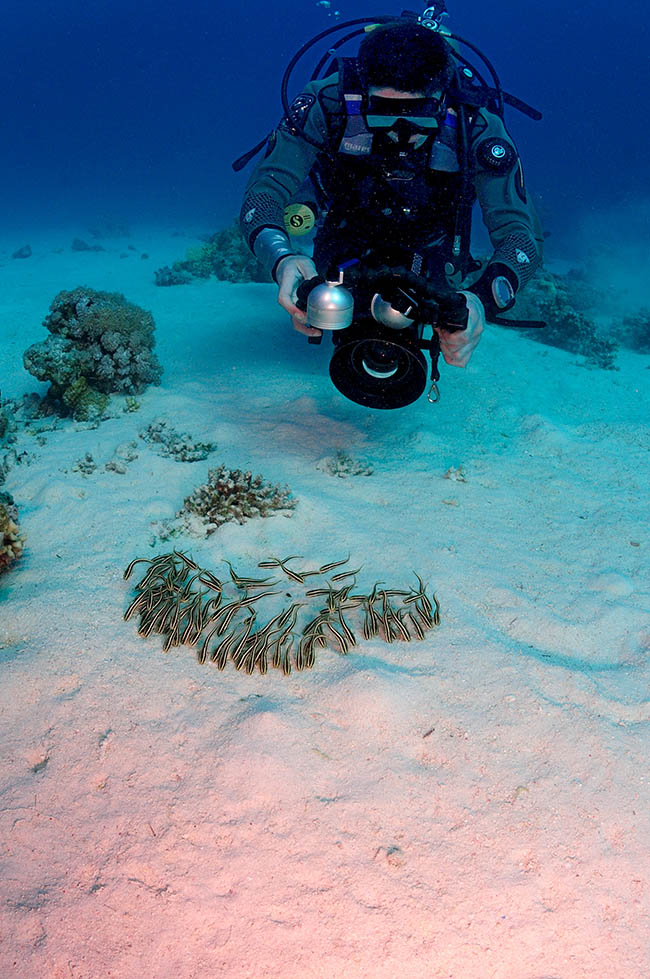 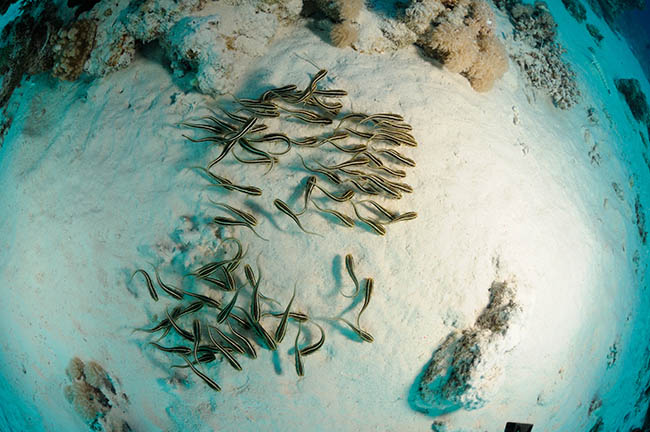 Perhaps, it’s a fish to leave in the ocean and enjoy on video.