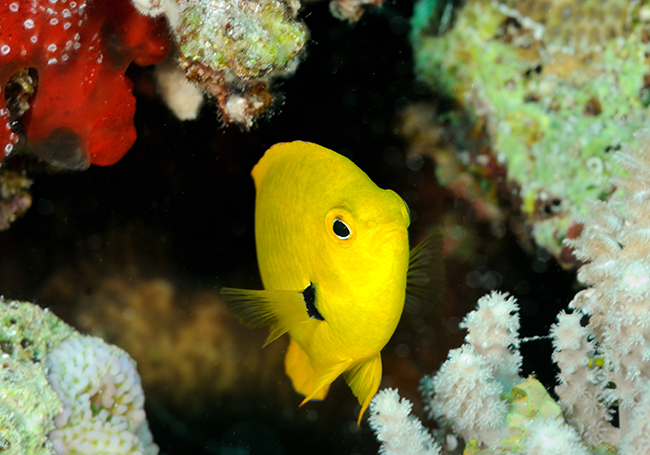 Damsels come in three groups for me: the peaceful, the mostly peaceful, and the complete nightmare fish from hell! Here’s one that fits in the latter category, though you can’t help but agree that it’s attractive. 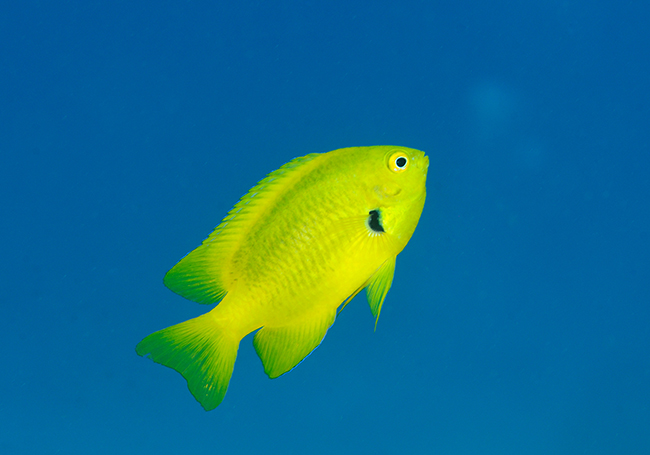 Back in my early days of fish-keeping, I made the mistake of trusting a fish store which had under-trained employees and a dubious moral compass. I handed over some cash and came home with a selection of small damsels that had been swimming peacefully in the tank. As you can imagine, all hell broke loose; the only survivor was a Fiji Blue Damsel, that I eventually persuaded the store to take back.

Since then, I’ve come to have a much more cynical view of fish stores and, unfortunately, have on occasion seen this yellow bombshell for sale. 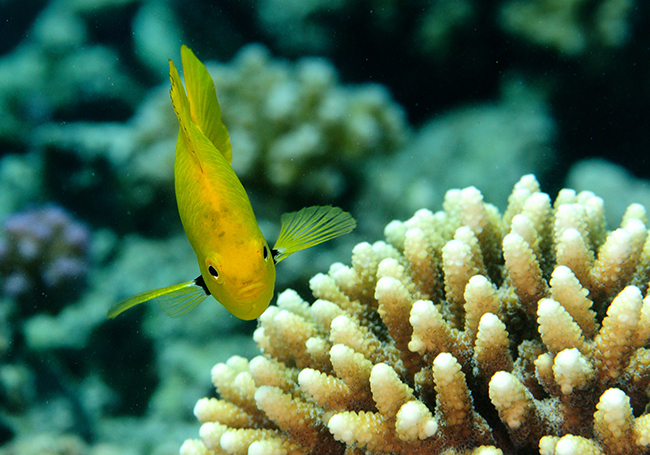 Pomacentrus sulfureus, grows to around four inches and is (happily) reef safe. It hails from the Red Sea and East Africa and when seen against the ocean blue is an absolute stunner! While photographing it in the wild, I’ve taken time out to watch it defend its ‘patch’, chasing away tangs, angels, and even a few small grouper. This is a boisterous, aggressive fish!

I can imagine it being a welcome addition to a large tank with large aggressive fishes, where it will be very hardy and an easy to keep fish. 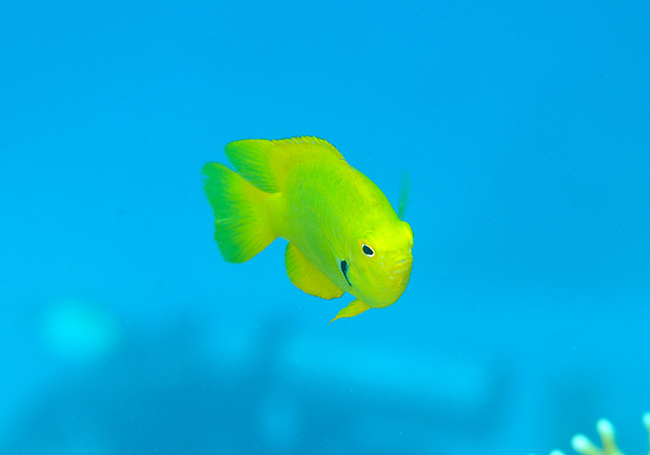 I shot these fish in the Red Sea amongst hard corals, in the ten to thirty meter zone, defending territory alone or as a pair.