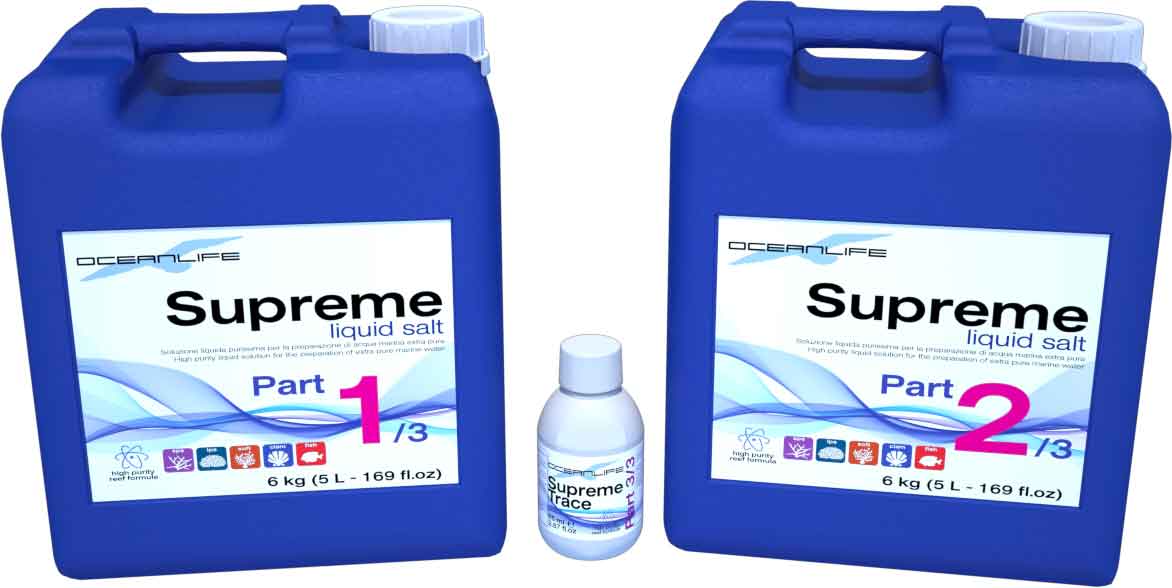 Supreme Liquid Salt is a new salt made in Italy by Oceanlife.

Marine salt is one of the basic components of marine aquariums and choosing the right salt is an important first step in keeping your reef aquarium.

As Oceanlife proclaims: “You don’t have to choose between various qualities and compositions because the only right one is the sea’s one“.

But today we’re going to present a new type of salt that is going to soon be on the market. It’s Supreme Liquid Salt by Oceanlife.

Oceanlife wanted to respect its previous statement and affirms that it has “created” this type of salt in order to offer a product that perfectly imitates nature. 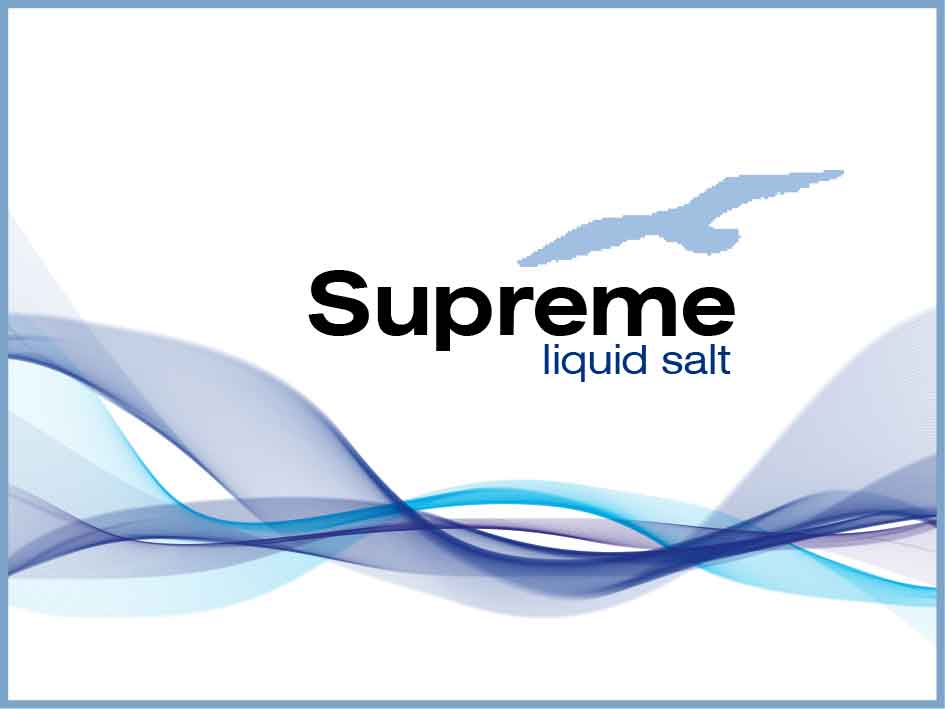 Oceanlife states:“Supreme Liquid Salt is formulated and accurately mixed inside our factory and using only pharmaceutical quality salts in order to reproduce natural salty water (NSW) in the most accurate way”.

OceanLife also states: “The formulation in three phases ensures a big advantage with easy use. All the elements are dispersed in the water in the same way, independently from their own concentration. The system allows the user to adjust the eventual overabundances of some elements, thanks to the automatic software and the optional use of supplements for individual elements”.

The three compounds should contain all the elements of the natural salty water, and thanks to its formulation, the water is ready in seconds.

“Thanks to its intelligent formulation, it allows for corrections by decreasing the trace elements in case you observe an accumulation by the ICP analysis. If you want to execute this procedure you just have to follow the instructions of the Balance software in the Reef Utilities section”.

We can’t express a personal opinion about this salt because we haven’t had the opportunity to test it yet. Plus we don’t know its chemical elements so we can’t say anything more. We hope to have it available soon so that we can do our review.