The Ruby Red Dragonet is a stunning and mysterious fish. It was only in 2013 that this brilliantly colored species was first detected, and since that time it has gone on to become one of the most popular callionymids among aquarists. But even though this fish is now a fairly regular offering in the aquarium trade (and has even been captive bred), it’s only just now been scientifically described as Synchiropus sycorax. 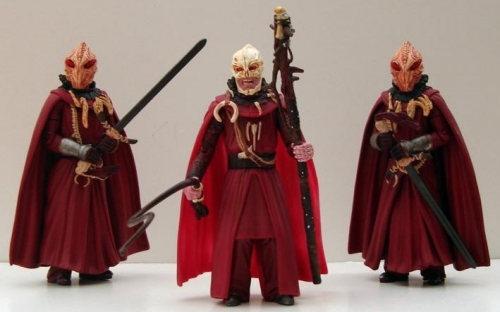 As lead author and fellow reefs.com contributor Yi-Kai “Lemon” Tea states, “The species is named after the red-robed and caped Sycorax warriors from the BBC sci-fi series Dr. Who, in showing similarities in both coloration and grandiloquence of their garb.” … … … Nerd. 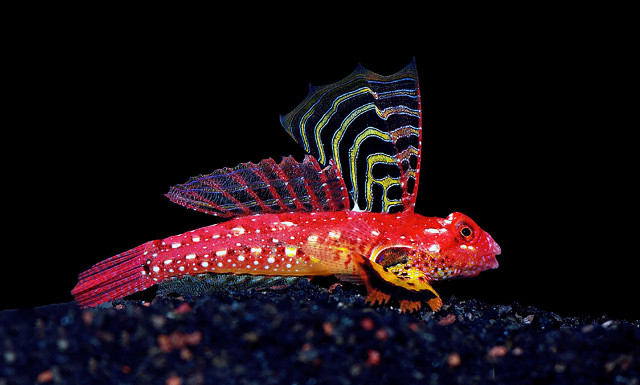 It is reported to only be known from Jolo Island in the Sulu Sea, a region positioned near the southwestern tip of the Philippines near Borneo, where it has been collected by RVS Fishworld. Specimens occupy moderately deep reefs (20-38 meters), scooting about a dim landscape of coral rubble and scattered corals. No doubt, this elusive fish occurs beyond this region, though it remains unclear where precisely it may be expected to be found. Perhaps this is a widespread species in the Coral Triangle or the broader West Pacific, or maybe it’s endemic to a smaller portion of this region, such as the Southern Philippines or the South China Sea. 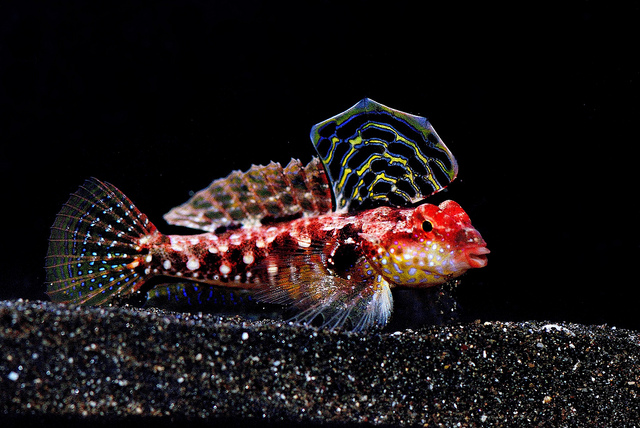 It’s closest relative is suggested to be another poorly known dragonet—the recently described S. tudorjonesi, which is reported from the Maldives, Indonesia and up into Japan. Males of these two differ quite obviously in the shape and pattern of the first dorsal fin, as well as the colors of the pelvic fins and body. 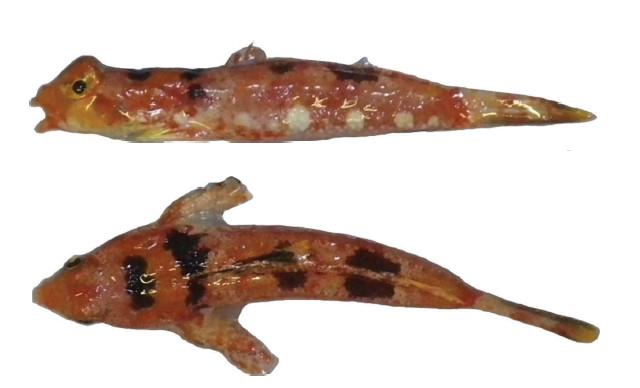