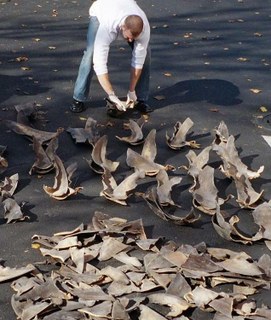 
Currently, Taiwanese fisherman are already prohibited from discarding shark bodies overboard and are required to bring them back ashore.  Taiwan is the first and only Asian nation to have any anti-shark-fin legislation on the books.  However, conservationist have criticized this law as too lax and open to loopholes. A new law, which will take effect early 2012, will prohibit the removal of fins aboard fishing vessels; Sharks must be brought into port whole.

According to Taiwan’s Fisheries Agency chief James Sha, “Any violators may be fined, barred from leaving ports, have their catches confiscated or even have their fishing boat licenses revoked, depending on how seriously they contravene the measures.”

While this is a most welcomed step in the right direction, it is unfortunately a small drop in the bucket.  China’s growing prosperity has increased demand for shark fin.  China’s lax environmental laws pose the greatest threat to sharks.