The company was sentenced to pay a $750,000 criminal fine and pay $250,000 towards community service projects in American Samoa, and was placed on probation for three years.   The community service payment will be split equally between the National Marine Sanctuary Foundation and the National Fish and Wildlife Foundation for environmental restoration and protection projects in American Samoa.

“We will aggressively prosecute vessel companies who willfully violate the laws enacted to protect our oceans,” said Assistant Attorney General Moreno, head of the Environment and Natural Resources Division for the Department of Justice.   “Koo’s is paying a just price for knowingly discharging oily waste into the ecologically sensitive harbor of Pago Pago.   This penalty will help restore and protect the environment of American Samoa.”

“This million dollar penalty will deter others from illegally dumping oil into our oceans and harbors, while at the same time providing resources to clean up our environment,” said U.S. Attorney Machen. “The sentence also requires Koo’s to establish a comprehensive program to prevent future environmental violations.   We hope that forward-looking companies will establish similar programs to protect our natural resources rather than face the threat of criminal prosecution and hefty fines.”

“I am extremely proud of the combined efforts of the U.S. and American Samoa governments, as well as our industry partners in Pago Pago, that resulted in the first conviction of illegal dumping in American Samoan waters,” said Captain Joanna M. Nunan, Commander of the Coast Guard Sector in Honolulu. “The $1 million sentence, including $250,000 in coral reef restoration projects, sends the strong message that polluting our waters will not be tolerated.”

Koo’s Shipping Company S.A. owned and operated a 4,491 gross ton 396 foot commercial ocean going ship named the M/V Syota Maru that carried frozen fish and fish products primarily in the Pacific Ocean and into American Samoa.   On Aug. 17, 2010, the U.S. Coast Guard Marine Safety Detachment in American Samoa conducted an inspection of the vessel in Pago Pago.  The Coast Guard learned, from inspecting the engine room and interviewing crewmembers, that the crew had been discharging oily bilge waste directly into the ocean without using the required pollution prevention equipment.   The Coast Guard inspection lasted several days, and on Aug. 19, 2010 and Aug. 26, 2010, the Coast Guard witnessed and learned that the crew was dumping oily bilge waste directly into Pago Pago Harbor without using proper pollution prevention equipment.

“The oceans must be protected from shipping companies that look to cut corners by illegally dumping oily waste,” said Nick Torres, Special Agent in Charge of EPA’s criminal enforcement program in American Samoa. “Laws are enacted to prevent the oceans from being used as dumping grounds.   Today’s action shows that shipping companies that violate those laws will be held fully accountable for their crimes.   The resolution of this case is good news for the American Samoan people and their environment.”

“Today’s sentencing was both a success and benchmark, demonstrating the importance of continued joint efforts by federal law enforcement to enforce violations of U. S. and international maritime laws throughout the vast area of the South Pacific,” said Joshua J. Masterson, Special Agent-in-Charge of Coast Guard Investigative Service-Pacific Region. “Considering the volume of commercial fishing companies operating in and around the various U. S. Pacific Islands, we are likely just scratching the surface.”

The National Marine Sanctuary Foundation will receive $125,000 for the benefit of the Fagatele National Marine Sanctuary in American Samoa.    The funds will be used for the abatement, cleanup, and remediation of pollution in the sanctuary; and restoration of injured resources, particularly including coral reefs.  The National Fish and Wildlife Foundation will also receive $125,000 for the preservation and restoration of coral reefs in or near American Samoa.

“Where criminal activity does damage to natural resources, it is a matter of good public policy that penalties are returned to those resources to mitigate the damage caused and to further protect them,” said Jason Patlis, President and CEO of the National Marine Sanctuary Foundation.

“The National Fish and Wildlife Foundation is pleased to be a recipient of the community service funds resulting from this prosecution,” said Tom Kelsch, Director of Conservation for the Foundation. “These funds will support vital conservation projects that will benefit coral reefs in and around American Samoa.”

During the period of probation, Koo’s will be required to implement a comprehensive Environmental Compliance Plan (ECP) which will ensure that each of the ships owned or operated by Koo’s complies with all maritime environmental requirements established under applicable international, flag state, and port state laws.   The ECP establishes training programs for Koo’s employees and a compliance manager who will be responsible for implementing the training program and making certain that Koo’s complies with various audits and laws governing Koo’s seagoing vessels.   An independent monitor will report to the court about Koo’s compliance with its obligations during the period of probation.

This case was investigated by the U.S. Coast Guard and the U.S. Environmental Protection Agency.   The case was prosecuted by Frederick W. Yette from the U.S. Attorney’s Office for the District of Columbia and by Ken Nelson in the Environmental Crimes Section of the Environment and Natural Resources Division of the Department of Justice.

Sources: Reported by: US Department of Justice http://www.justice.gov/opa/pr/2011/March/11-enrd-404.html 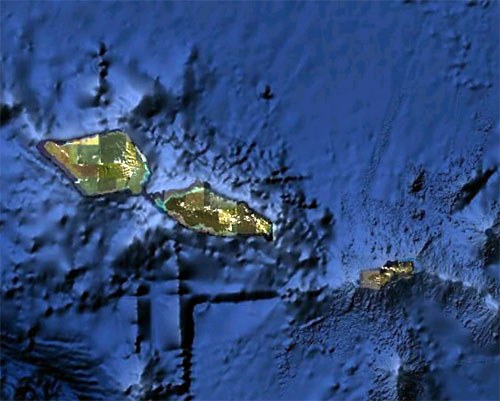