Tales From The Fish Store | The Worst Gift Ever 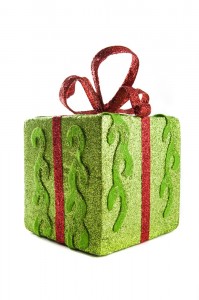 If it’s possible to love something, then there’s always going to be someone with the care to make a gift of it. If you’re reading this, you should know that marine aquariums are a love, and naturally can be made into gifts quite often. Stories of this range from awesome additions to poorly planned problems, but the story I heard at the LFS this week takes the cake. Read about the worst gift ever after the break.

There’s nothing like getting something you’ve always wanted, but could never afford as a gift, and there’s a lot of items in this hobby that most of us simply can’t budget for. Getting a surprise reef gift can be very exciting, but when they are given without knowledge, things tend to go downhill fast. People come in every week looking to buy gifts for a reef hobbyist, and without fail the safe answer is a gift card. Gift cards are 100% reef safe, non-territorial and they always fit just right. Then there’s those people who come in during the aftermath of receiving a gift. I’ve heard everything from equipment that doesn’t fit or is a step down, to fish that were put in without permission and snacked on coral.

This week a woman told me the worst reef gift story I’ve heard yet. Friends of her daughter decided one day that they wanted to get her a gift for her aquarium, and naturally she couldn’t say no to such a proposal. It was going to be a surprise, so they even acclimated it for her, and while carefully inspecting the tank for their new addition she found it: a small frog dashing in and out of the rock and looking very distressed! Of course she knew right away that this did not belong in her tank, so she quickly pulled it out and placed it in some fresh water. Lucky for her and her new frog friend, it survived and nothing was damaged in the tank. I bet this poor little guy never thought he would end up in a little ocean.

These stories walk through the door pretty often, but this is the first one I’ve come across of an animal that truly didn’t belong in a salt water tank. Hopefully after this, the hard lesson was learned that the best gift is a 100% reef safe gift card.