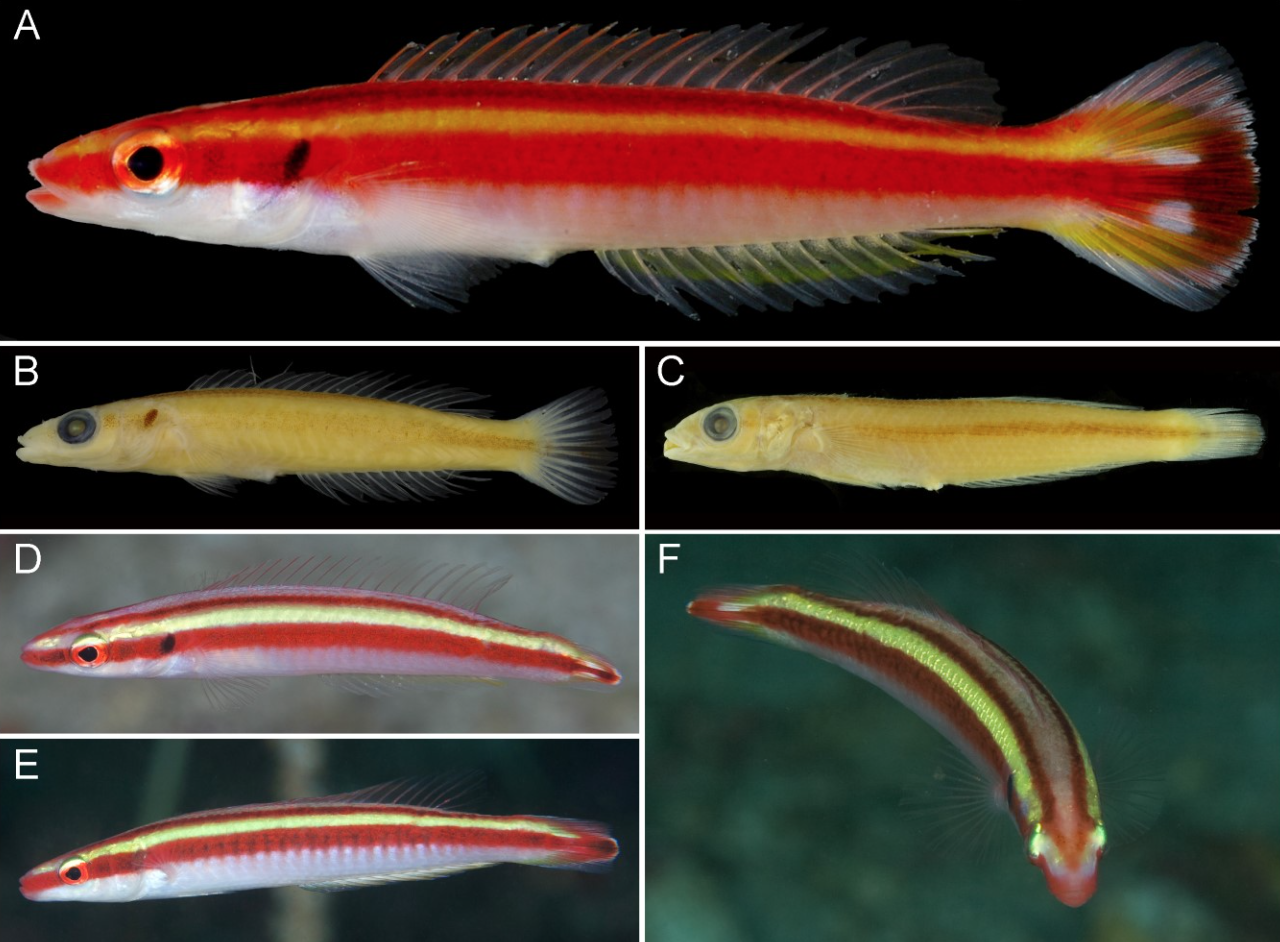 The genus Terelabrus was first erected in 1998 based on an unknown labrid collected at 100m in Bulari Pass, New Caledonia. The species was described as T. rubrovittatus, and since then, has managed to remain the sole representative for the genus. Through the passing of time, in accordance to the development and growth of the ornamental fish industry, two new phenotypes have since been discovered – one from the Western Pacific and the Western Indian Ocean respectively. Although these potentially distinct phenotypes have been widely known for years, no formal taxonomic treatment has been given, and as such, have greatly exacerbated in fueling the ongoing erroneous labeling of the species. In the latest paper published by Fukui and Motomura, the Western Pacific phenotype has been recognized and elevated to full species level. T. dewapyle now relinquishes T. rubrovittatus from being the sole representative of the previously monotypic genus Terelabrus. 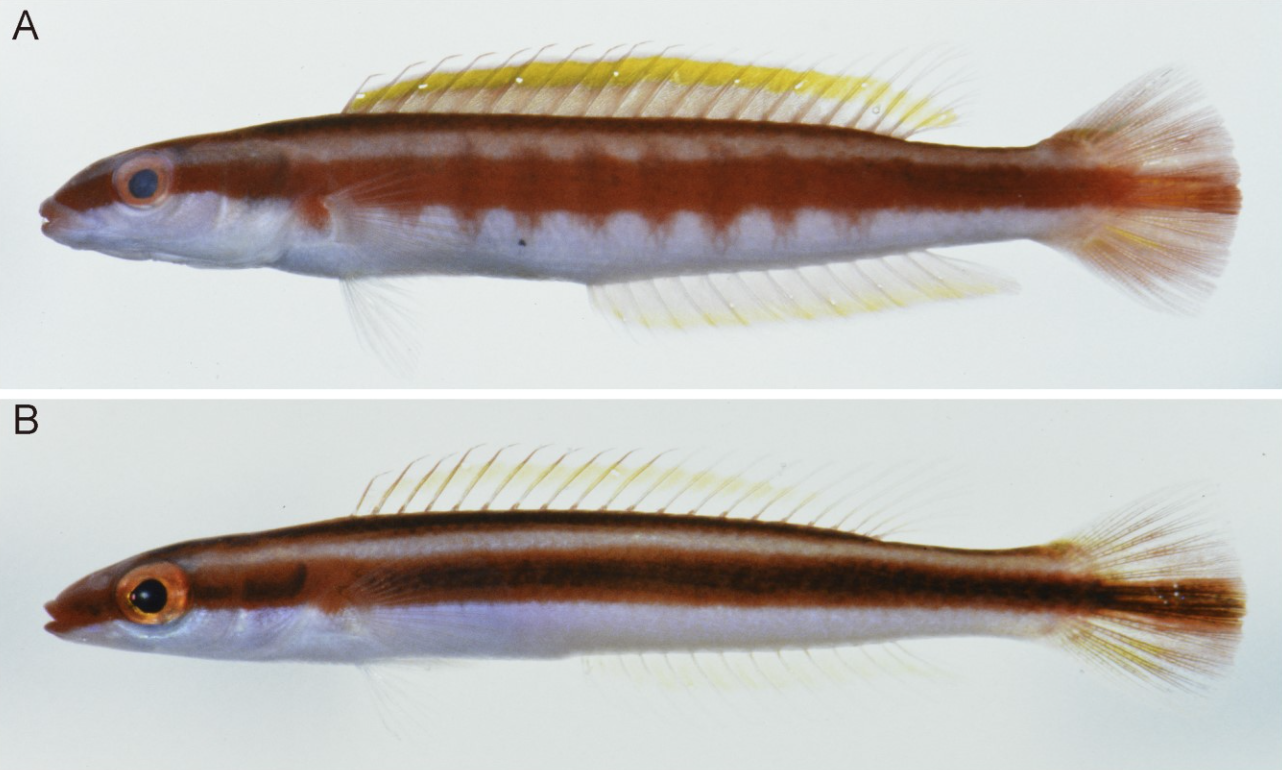 Terelabrus rubrovittatus was first known from a male, measuring 87mm, collected at 100m in New Caledonia, 1979. However, the description paper was held off until a second specimen could be collected and examined. It was only 16 years later in 1995 that a juvenile specimen was collected at 92m in Milne Bay. This was thought* to be the same species, and with the new paratype, the species was described officially in 1998. The distinctively different body profile and meristics compared to other labrids warranted an erection of a new genus and species. The generic epithet Terelabrus is an amalgamation of the latin words teres, meaning terete, and labrus, for wrasse, owing to the narrow cylindrical (terete) shape of the fish. The specific epithet rubrovittatus is a literal translation for “red stripe”. T. rubrovittatus served as the type species for the genus. Because of the species’ proclivity for deep water, T. rubrovittatus is very poorly known in museums and the aquarium trade.

A smaller, more diminutive phenotype from the Western Pacific has emerged with some regularity in the last decade. This recalls that of T. rubrovittatus, but is significantly more slender, and colored differently. It also occurs in generally shallower waters, up to 20m, which would explain its greater prominence in literature and the ornamental trade. Unfortunately, because the type species representing this genus was so poorly known, this phenotype has been erroneously identified as the latter for an extended period of time – so much so that it has now been deeply ingrained in books, articles and other literary resources. *It has since been revealed, during the description of the new species, that the paratype for T. rubrovittatus collected in Milne Bay was actually synonymous with the undescribed Western Pacific phenotype, going to show that even in scientific documentations, this confusion is rife and not uncommon. As such, T. rubrovittatus is known only from a single holotype from Bulari Pass (the paratype is herein identified as T. dewapyle). 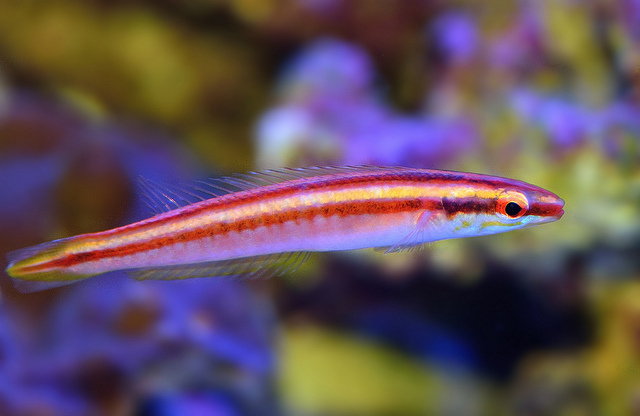 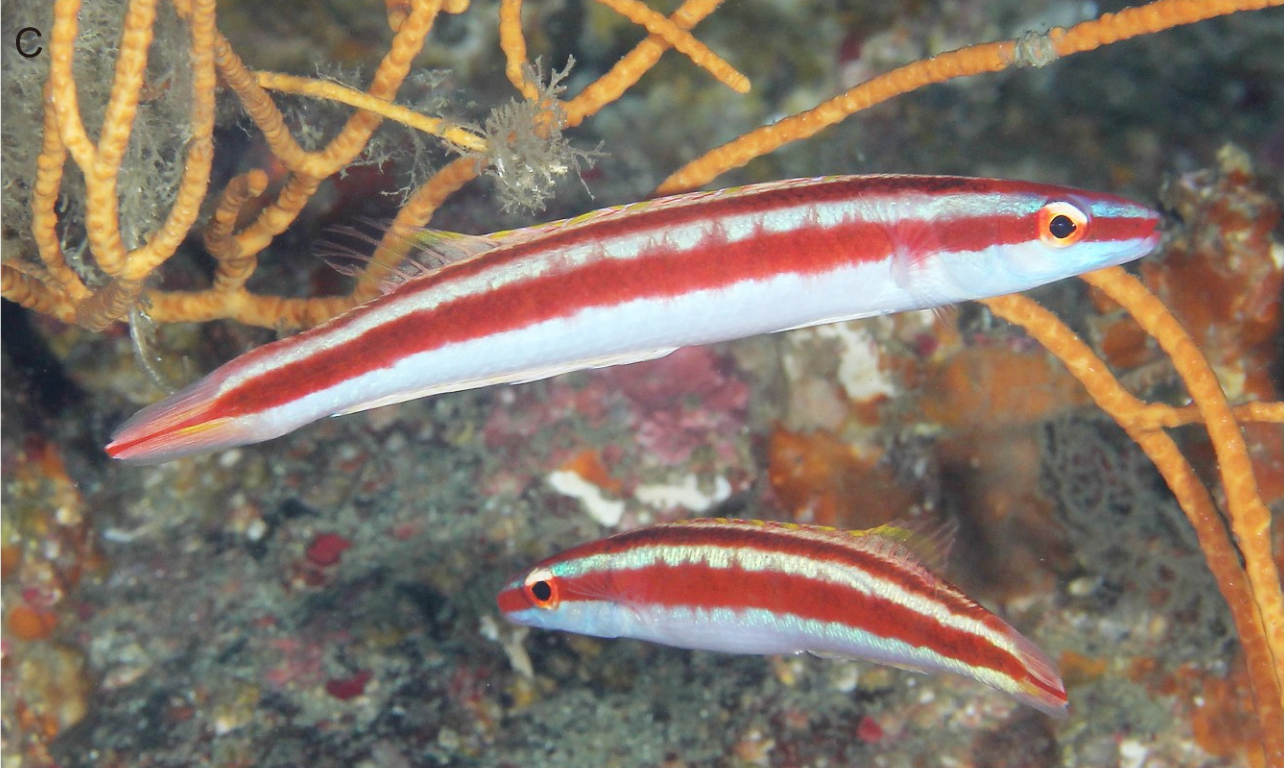 The latest paper by Yoshino Fukui and Hiroyuki Motomura published in Zootaxa has since addressed this conundrum, awarding the name T. dewapyle to the Western Pacific phenotype. It was described from a holotype collected off the coast of Iou-jima, Kagoshima, Japan, at a depth of 72m, and four holotypes, one of which was the sole paratype of T. rubrovittatus that was wrongly identified. It is distinguished from T. rubrovittatus in meristics and coloration. In T. rubrovittatus, the equatorial red midlateral stripe is superimposed with a series of vertical blotches, which is absent in T. dewapyle. Instead, the latter possesses a horizontal yellow stripe between the upper and midlateral red stripe (this is always white in T. rubrovittatus).

The biogeography for both species overlaps significantly, with T. dewapyle maintaining its distribution within the western Pacific Ocean from Japan, Papua New Guinea, Fiji and Indonesia. It is epibenthic, preferring sandy bottoms replete with rubble, with individuals sometimes found in a small harem. It is most commonly seen at depths of 65-70m, although it can occur as shallow as 20m. T. rubrovittatus on the other hand, is found in Japan, Palau, north-western Australia, New Caledonia and Vanuatu. The specific epithet dewapyle is a conjunction of the surnames of Shin-ichi Dewa and Richard Pyle, both of whom collected all the type specimens of the new species. 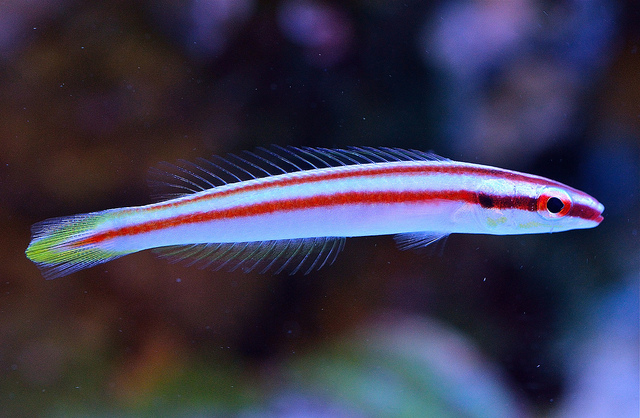 With the western Pacific phenotype now officially described and out of the way, what is left to be done with the Indian Ocean representative? Perhaps in due time, this species will too be elevated to species level.

The full paper is available on Zootaxa.