At MACNA 2018, MASNA will be awarding its annual MASNA Student Scholarships at the MACNA Banquet on Saturday, September 8th, 2018. Two $4,000.00 scholarships will be granted, one to an undergraduate student and one to a graduate student. 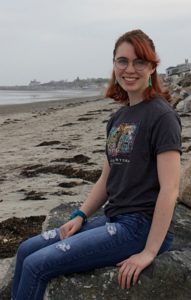 The 2018 – 2019 MASNA Undergraduate Student Scholarship recipient is Gabrielle (Gabbie) Baillargeon. Gabbie is a full-time Junior at Roger Williams University (RWU) and is pursuing a Bachelor of Science in Marine Biology with a minor in Mathematics.

In Gabbie’s freshman year, she volunteered in the RWU aquaculture lab, specifically in the copepod and algae department, as an introduction to aquaculture at a research institution. Currently, Gabbie is working on an independent research project with Dr. Andrew Rhyne, that aims to rank the sustainability of marine ornamental fish species in the aquarium trade which will culminate in the publication of this information in a user-friendly smartphone app. This will allow hobbyists to easily access species-specific sustainability information when choosing the next addition to their tank. In the future, Gabbie hopes to continue to focus her research on population dynamics in an effort to inform management policy. 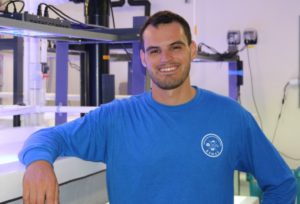 The 2018 – 2019 MASNA Graduate Student Scholarship recipient is Michael (Mike) Connelly, who is attending the Rosenstiel School of Marine and Atmospheric Science, at the University of Miami, for his PhD in Marine Biology and Ecology. Mike also attended the University of Miami for his undergraduate studies and obtained his B.S. degree in Marine Science and Biology in 2016. As an undergraduate student, Mike served as president of the University of Miami Aquarium Club (UMAC) for two years, where he increased club membership to over sixty members while organizing club field trips to the Mote Marine Laboratory, Georgia Aquarium, New England Aquarium and Ripley’s Aquarium of Canada. He also orchestrated the installation of a new 150-gallon display aquarium in UMAC’s main meeting room.

Mike continued into the RSMAS Ph.D. program to work with his advisor Dr. Nikki Traylor-Knowles on research projects examining the molecular and cellular mechanisms of cnidarian innate immunity using the cauliflower coral (Pocillopora damicornis) as a model species. He built an 800-gallon recirculating aquarium system in their laboratory in Miami that is now used for culturing coral fragments and conducting experiments that investigate interactions between corals’ innate immune systems and bacterial microbiomes. His Ph.D. research uses antibiotic treatments and heat stress to disrupt coral bacterial communities and examine the effects of bacterial community composition on coral immune gene expression patterns and stress response pathways. To further this project, Mike travelled to southern Taiwan to complete research at the National Museum of Marine Biology Aquarium (NMMBA) during the National Science Foundation’s East Asia and Pacific Summer Institute (EAPSI) program last summer.

Over the past 10 years, the Marine Aquarium Societies of North America (MASNA) has provided $60,000 in funding for undergraduate and graduate college students to help continue their degrees in the marine science discipline. In the past 10 years, The MASNA Scholarship Program has grown to over 250 applicants from North America and abroad. It has become a very competitive and esteemed award.