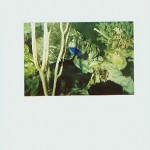 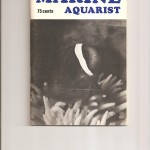 In the US at least, the salt water hobby started in 1971.  In NY it started in a large store in downtown Manhattan a couple of blocks from the Trade Center.

They had a small tank of blue devils and they sold for about $7.00

$7.00 in 1971 was like $30.00 today.  All I had for cash was my last pay check from the army, but I just had to have some of these beauties.  So I went there and bought a couple.  Of course, they were loaded with ich; but I have never seen a blue devil and probably thought the spots were just part of the fish’s beauty.

As they got accustomed to my tank and went crazy scratching themselves on the dead coral skeletons I had for decoration and driveway gravel I used as substrait, I finally realized that they were sick.

At that time, there was absolutely nothing in print for saltwater fish; and I did not really want to wait fifteen years for computers to be invented.  Therefore, I went to a guy I found in my neighborhood who was a marine biologist.  He told me to try copper.  I had two sources for copper, one was the gutters on my house and the other one was pennies.   The gutters were being used so I took a handful of pennies and threw them in the tank.  The fish were not very amused and proved it by dying. (Maybe they wanted quarters.)  I then cashed my first unemployment check which was probably $60.00 and went back to the store for more blue devils.

The pennies in the tank most likely added the correct amount of copper and the fish lived.  The trick was as soon as you see the fish laying on the bottom from copper poisoning you remove some pennies, about 50 cents, then change some water.  Even that was not as easy as it seems.  First of all, I really needed that fifty cents; and  I also had to drive to the Atlantic Ocean to collect water.  You didn’t just open a bag of artificial water like we do today.

Eventually I came to the conclusion that you needed twenty pennies to the gallon of water to eradicate ich, but you needed to remove them when the fish acted “funny”.  It was a touchy proposition; but after you eliminated the paracites, the fish were fine until you bought another fish.  Then you had to open another roll of pennies.

That second bunch of blue devils lived about seven years and spawned every couple of months.  Although I had been keeping freshwater fish all my life,  this, for me anyway, was the start of my salt water hobby.