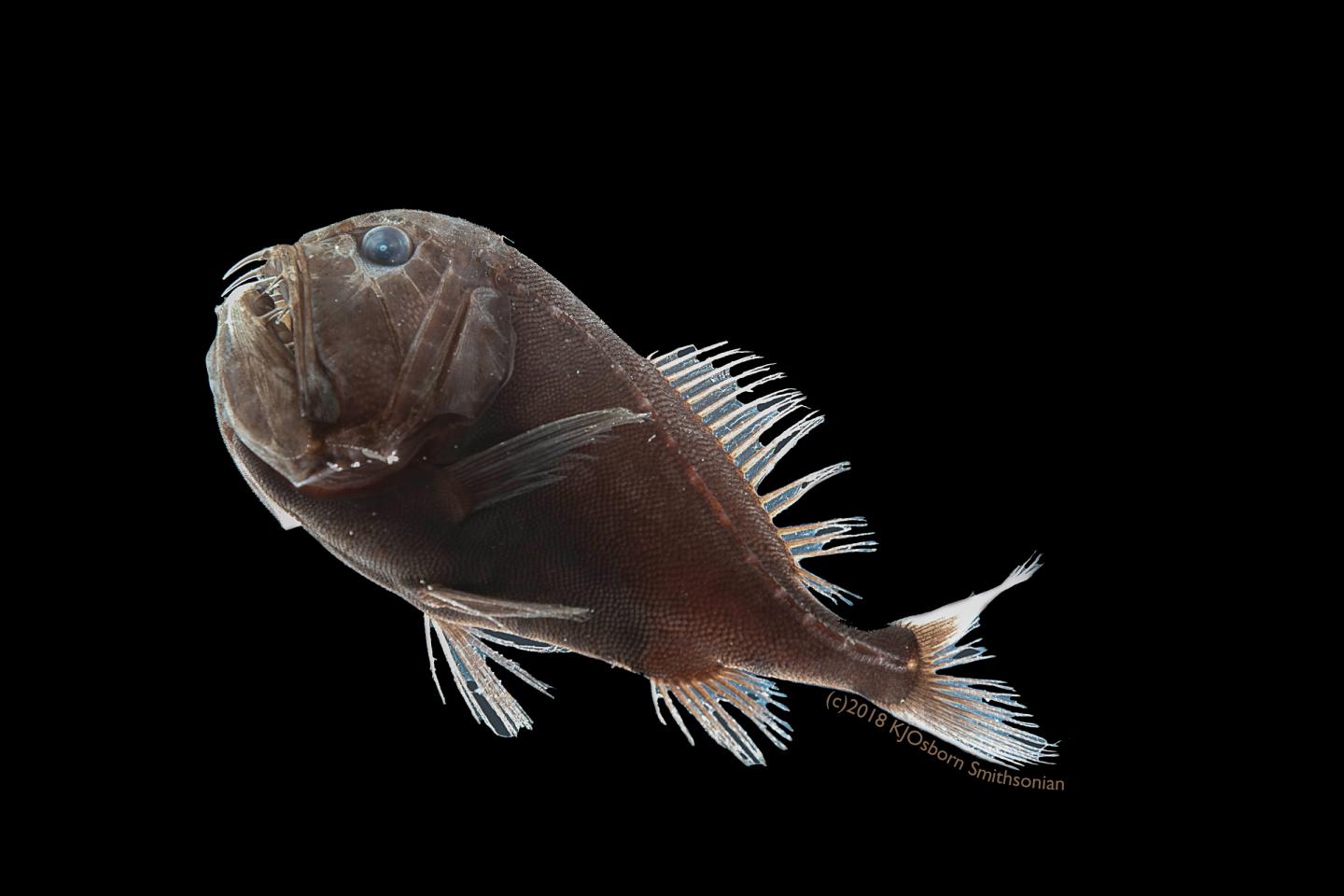 While working on a few posts about camouflage in fish, I came across a fascinating news release about just how black deep sea fish can be.

The research, led by scientists from the Smithsonian’s National Museum of Natural History, found sixteen unrelated species of fish with skin so black they can ‘disappear’, even in habitats rich with bioluminescence.  When researchers tried to photograph the fish (which had been brought to the surface), they found it difficult to capture any detail.  Measurements showed that the fish absorbed more than 99.5% of the light that fell on their surfaces, making them, in what the press release terms, ‘ultra-black’.

In relation to the use of bioluminescence by many deep sea species, Researcher Karen Osborn is quoted as saying:

“If you want to blend in with the infinite blackness of your surroundings, sucking up every photon that hits you is a great way to go.”

The fish use the black pigment, melanin, in a really clever way.  The researchers found that pigment is packed into “cellular compartments” called melanosomes, close to the fishes’ skin surface.  They are arranged in such a way that any light not absorbed is reflected onto another nearby melanosome.

“Effectively what they’ve done is make a super-efficient, super-thin light trap,” Osborn said. “Light doesn’t bounce back; light doesn’t go through. It just goes into this layer, and it’s gone.”

quotes and image (Anoplagaster cornuta) taken from news materials supplied by the Smithsonian.

The article can be read in full: