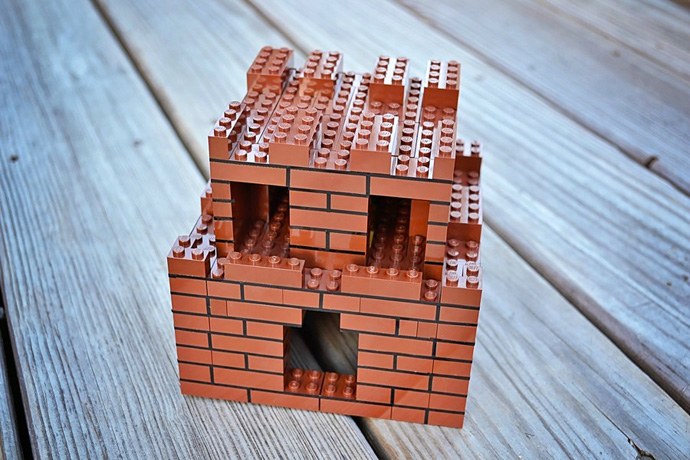 
We here at Advanced Aquarist are guilty of being pretty serious about our aquariums.  But everyone now and then, it’s refreshing to just have fun with fish tanks and let our silly creativity run free.

According to Kelsey’s Etsy profile page, she is a self-professed dork, “graphic designer and web developer, with a passion for crafting, DIY, and all things geeky.”  Now that’s our kind of girl!  Kelsey describes the start of her Super Mario Bros. LEGO aquarium (republished with her blessing):

So forever ago I saw a fish tank that was based off of Mario from NES and have been wanting to do something similar ever since for the house my boyfriend and I just moved into. I’m very crafty – I’m a web dev/graphic designer (BA in GD) for work so I enjoy creating things. I also own the Silhouette Cameo (die cutter), which always plays a huge role in my projects. I started last week and this is what I have done so far.

Note: Everything will be coated with Krylon Fusion, a highly recommended clear enamel from aquarists that will make everything water proof and fish safe.

First I did the backdrop. I redesigned the scene in Illustrator – outlines, hills, clouds, etc. The hills and clouds were cut out of cardstock and the black outlines and details in clouds and bushes were done with vinyl. I used spray adhesive to glue everything on the blue background and then brought it to Staples to laminate.

Next I started constructing the castles. World 1-1 only has one castle, but I had made this enormous one with a different world in mind, but couldn’t get the right colored backdrop so had to switch. Whatever, more places for the fish to hide.

Each castle was made with brown Legos, which were god damn expensive – most expensive part of the project. Not to mention the nearest store is 40 minutes away. They also only carry two different types of bricks in brown at my store, which meant I had to substitute a few brick-red ones in there.

The black lines were all cut with my machine and made out of vinyl, then I put them on one by one :’D

The pipes! PVC pipes sprayed in lime green spray paint, then the dark green details were vinyl along with the black. These didn’t come out as great as I wanted them to, but will look fine in the tank.

That’s it for now!  You can chat with Kelsey on your reddit post about her 55 gallon Super Mario Bros. LEGO aquarium.  She plans to update us when this aquarium is completed.  We can’t wait.